Of Mice and Milk, Mind and Memory 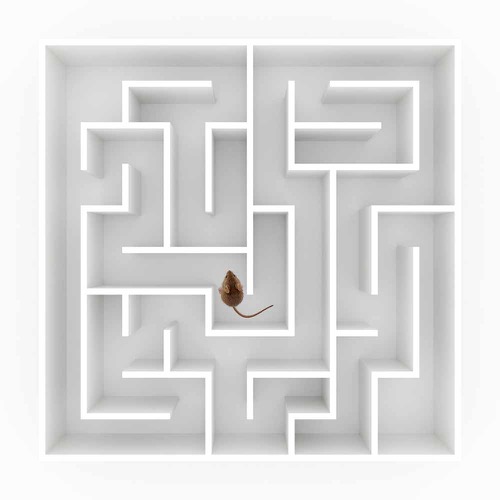 Model animal systems allow researchers different opportunities for understanding biological phenomena. Depending on the study system, precise pathways from gene to protein to phenotype can be investigated. C. elegans and Drosophila melanogaster are the heavyweight champions in this domain, but when it comes to lactation, as non-mammals they are of limited use. Enter the lab rat, or mouse in this case. Mice allow researchers to systematically investigate mechanistic pathways through which mother’s milk influences offspring neurobiology, immune function, and behavior. And a recent paper in Nature Neuroscience by Liu and colleagues (2013) investigated these in concert with the precision and dedication of a neuroscientist Sherlock Holmes.

The target of their research was maternal tumor necrosis factor alpha (TNF), one of the traffic controllers of the immune system. TNF is a proinflammatory cytokine that stimulates the acute phase reactions of the immune response system, regulating the actions of other immune cells. Generally always present at low levels, TNF increases physiologically during immune response. Although primarily associated with the peripheral immune system, TNF is present in the brain and seemingly affects neurons in both positive and negative ways depending on circumstances. Importantly, breast milk contains TNF at low levels, mediating the presence and levels of downstream immunofactors, very small signaling proteins called chemokines.

The researchers created different combinations of knockout (KO) mice to study. Researchers could inactivate the expression of TNF in different tissues by selective deletion of alleles. These KO mice could then be compared with wild-type (WT) mice. There were combinations of heterozygosity (WT(H)) and KO(H)) as well as WT(WT) and KO(KO) homozygotes. Knocking out and reducing TNF level in the mammary gland led to lower levels of immune-modulating chemokines in milk. The pups that ingested lower levels of these chemokines had differential neurodevelopment in their hippocampus. The hippocampus is in the middle of the brain. (Imagine a line through your head from one ear to the other, and a line from the bridge of your nose intersecting that line. That intersection is approximately the location of your hippocampus, in an evolutionary “ancient” part of the brain). Briefly, the hippocampus is crucial for memory, learning, and spatial navigation. The pups of KO moms had more cells in the hippocampus (technically a subpart known as the dorsal dentate gyrus) at 14 days of age. There were no differences once they reached adulthood. In other words, for a small window of time during development, no (or less) TNF and specific chemokines in milk increased the number of cells in the memory center of the brain.

Sounds minor, right? Except that this small change in neurodevelopment had big consequences for memory and behavior. As adults, mice of moms that were KO (or heterozygous) had better spatial memory and spent less time in a freezing behavioral position during a challenge test. And this was specific to the milk they ingested, not their own genotype. They cross-fostered pups among mother types and showed that WT offspring reared by KO moms had the same brain development and behavioral phenotype as KO offspring. Two additional confirmatory manipulations showed that these consequences for offspring were due to the effects of TNF in the mother and its influence chemokines in milk. Blocking TNF production in WT moms with a specific antibody had the same effect as if those moms were genetic KOs. And an artificial cocktail of chemokines mediated by TNF was fed to pups reared by KO moms, recovering normal WT phenotype. These extinguishing, replacing, and cross-fostering manipulations are key components to establishing “lactocrine programming” (Bartol et al., 2008). These gold standard manipulations were suggested and described by Peaker and Neville over twenty years ago (1991), but will be of great value to researchers exploring the pathways by which mother’s milk influences infant neurodevelopment and behavior.

Why does the reduction of TNF produce what could be considered a better outcome of improved memory? TNF is sensitive to stress and exercise; it decreases under these energetically adverse conditions. Liu and colleagues hypothesize that TNF may be a reliable source of information about the mother’s environment (and therefore the offspring’s environment) and lower TNF may reflect more travel to get food, more tangles with other mice to get the food, or a higher density of predators. In such a landscape, spatial memory and less freezing may be very useful traits, useful in the sense that it leads to better survival and reproduction. For mice and other mammals that have very short lifespans, better ability to respond to signals of maternal condition and environment may better prepare them for the world they will experience. This is known as predictive adaptive programming, and the supporting evidence has been equivocal (Wells, 2012). There may be a tradeoff for this better spatial memory though, as the reduction of chemokines ingested through milk may have negative consequences for the offspring’s immune system (Liu et al., 2013).

That is the best thing about research–every study gives us more speculations, I mean hypotheses, to study.