Breastfeeding Molds Eye Contact in Infants at Risk of Autism 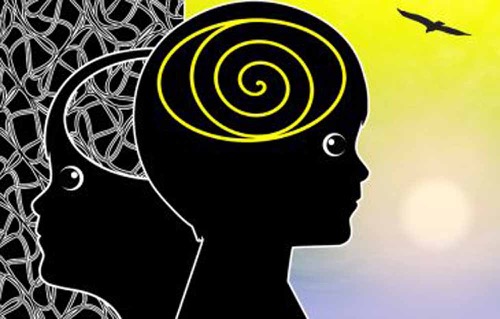 There is a version of a gene called CD38 that has a curious association with human behavior. This is because CD38 activity influences the release of the hormone oxytocin, occasionally nicknamed the “love” hormone but more broadly understood as a modulator of empathy and trust. Oxytocin is also found in breast milk. For this reason, a recent study [1] reports that the longer infants who are genetically predisposed to produce low levels of oxytocin are exclusively breastfed, the more they behave as though their brains made normal amounts. With additional research, this insight could offer a means of reducing the odds of developing autism among people born with this particular genetic risk factor.

The CD38 gene sits on chromosome four. It is made up of eight sections, known as exons, of which one occasionally appears in a version called rs3796863. This is also called the “C allele.” When an individual has two copies of the C allele—one on each pair of chromosome four—cells in the brain release less oxytocin than they would if there were two copies of the A (normal) allele—or, for that matter, one copy of the C allele and one of the A.

Autism, like most complex behavioral disorders, has various genetic risk factors. Nonetheless, research supports a correlation between having two C alleles of CD38 and a higher-than-usual risk of autism. In one such study [1], which looked at Israeli families with a history of autism, individuals diagnosed with autism spectrum disorders had much lower CD38 expression levels than unaffected members of their immediate families.

The reason low CD38 expression—and thus low oxytocin levels—confers a risk of autism seems to have something to do with how we learn to pay attention to important social cues during development, especially to emotions conveyed by the eyes. A key study published in Nature in 2013 [2] tested how much attention infants pay to the eyes of caregivers. Those who were later in life diagnosed with autism showed a normal level of eye attention during at least their first month or two of life. Then, between two and six months of age, this tailed off—these individuals made less eye contact with their caregivers compared with infants who did not go on to be diagnosed with autism. In other words, the study suggested that development of autism begins in infancy.

Subsequently, in 2015, a group of researchers including Simon Baron-Cohen, director of Cambridge University’s Autism Research Centre, in England, found they could increase eye contact in adult men with autism (as well as in men without autism) by administering a nasal spray containing oxytocin [3].

Together, these threads of new knowledge suggested that a widespread, external source of oxytocin for infants—breast milk—might, unbeknownst to science, be having essentially the same effect as an oxytocin nasal spray. If that were the case, it would mean that breastfeeding is especially important in the development of infants with two CC alleles of CD38, since it “top-ups” their naturally low oxytocin levels. This is exactly what Kathleen Krol, of the University of Virginia, Charlottesville, and her colleagues set out to test [4].

Krol’s team designed an experiment to measure the attention paid to emotional eyes by 98 seven-month-old infants. First, they tested whether their young participants spent more time looking at eyes conveying fear, anger, or happiness rather than a neutral expression. As other scientists had previously shown, they found that the infants in their study displayed a stronger bias for staring at fearful eyes than at eyes conveying other emotions, which is understood to be an evolutionary adaptation to help infants notice danger in their environment. And in general, infants spent more time looking at a picture of eyes conveying any emotion, compared with a picture displayed next to it that showed emotionless eyes.

Among infants at greater risk of developing autism—the CCs—breastfeeding increased their preference for looking at happy eyes and reduced their preference for looking at angry eyes. In other words, the longer that the at-risk infants consumed only breast milk, the more similar their behavioral development was at seven months of age to infants with AC and AA genotypes.

This finding is extraordinary because it suggests that oxytocin in breast milk goes some way to “correcting” the early developmental consequences of having a CD38 genotype that puts one at risk of autism. Many questions remain, however. At present, it’s unclear whether the breastfeeding effect permanently alters CC infants’ path of development, or merely adjusts it temporarily. And, as previously mentioned, many other genes are thought to alter the odds of developing autism spectrum disorders. Still, rarely does science come up with such a simple advice for families in which the condition is common: if at all possible, do not cut short the World Health Organization’s recommendation for six months exclusive breastfeeding, and if you can, keep up breastfeeding beyond that, as you introduce your infant to other foods. It may have an important impact on your infant’s development.