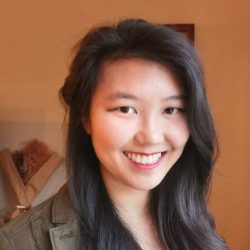 Marina Wang has been writing for the SPLASH!® Milk Science Update since 2021. She is a freelance journalist based in Victoria, British Columbia, and she covers science and all things weird and wonderful. She received her BSc. in zoology from the University of British Columbia and her master’s degree in journalism from Carleton University in Ottawa. She has previously worked as the Communications Specialist at Canadian Science Publishing and was the 2021 Editorial Fellow at Hakai Magazine. Her previous work has appeared in publications such as The Atlantic, Smithsonian, Hakai Magazine, Science, CBC, Atlas Obscura, and Canadian Geographic, among others. Her work can be perused at her website here.