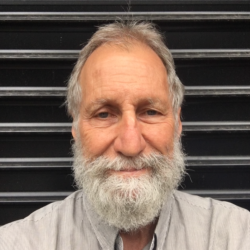 Dr. Kevin Nicholas joined the IMGC Scientific Advisory Committee in 2021 and has participated in IMGC Symposia since 2006. He completed a BScHons and PhD degree in the biochemistry department at the University of Western Australia. Dr. Nicholas subsequently moved to the National Institutes of Health in the USA for 6 years and then returned to Australia to take up positions in CSIRO, government research institutes and universities. He has published extensively in the field of mammary gland biology and milk bioactivity and has attracted research funds from industry, the Gates Foundation and other agencies. Dr. Nicholas is currently an Adjunct Professor at the Monash Institute of Pharmaceutical Sciences, Monash University and a Professorial Fellow (hon) in the School of Biosciences, University of Melbourne. His interests focus on exploiting an understanding of the evolution of lactation to better identify the function and delivery of milk bioactives that have the potential to signal organ development in the neonate. Dr. Nicholas has established research platforms of comparative genomics and bioinformatics in mammary gland biology that includes the largest genomics-based lactation database in the world. This database has been central in exploiting a range of species to identify signaling molecules in human colostrum and milk that direct the development of gut and lung, and potentially the brain in the neonate. These studies are providing the basis for formulating the next generation of human milk fortifiers that have potential for improved health outcomes of significantly preterm and low birth weight babies, in both the developing and developed world.