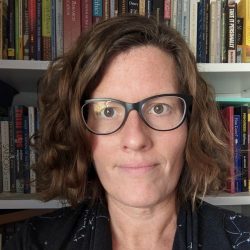 Dr. Katie Rodger joined the SPLASH!® Milk Science Update team in 2017 as Managing Editor. She is a lecturer at UC Davis where she has been teaching at since 2002, joining professional science writing and science journalism in the University Writing Program in spring 2011.  For more than ten years, Dr. Rodger researched the life and work of marine ecologist, Ed Ricketts, the model for John Steinbeck’s “Doc” in Cannery Row. She published two volumes, a critical edition of Ricketts’s letters (U. Alabama P, 2002) and his collected essays (U. California P, 2006). She is often invited to speak about Ricketts’s legacy as an ecologist, and has been interviewed on NPR and BBC Radio. Rodger holds a Ph.D. from UC Davis, an M.A. from San José State University, and a B.A. from UC San Diego, all in English. Dr. Rodger has served as the Professional Development Chair for CapSciComm, a regional professional networking group of science communicators. She is an advisory board member for the Western Flyer Foundation.