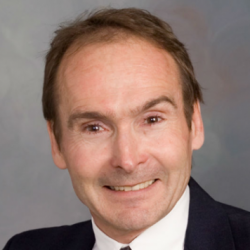 Dr. German, is the current Chair of the IMGC’s Scientific Advisory Committee. He established the IMGC in 2003 and organized the IMGC Symposia, first in Napa California, and then at various sites around the international scientific community. He has co-directed the IMGC programs and Symposia through the present. He has engaged in active collaborations with IMGC scientists around the world published over 100 publications with IMGC colleagues and launched products and technologies into the commercial marketplace. Dr. German is a Professor in the Department of Food Science and Technology and Director of the Foods for Health Institute at the University of California Davis. He holds a Ph.D. degree in Food Chemistry from Cornell University. He has studied milk and lactation for over 30 years to understand how milk nourishes, protects and assists in the development of mammalian infants.  Dr. German has used mammalian milk as a scientific and strategic model to understand the potential for diet to act on many aspects of human health. To that goal, he has championed the development of genomics, proteomics and metabolomics tools to the explicit objective of understanding milk. Among the themes that have emerged from that research is the conspicuously personal aspect of milk in guiding the development of each infant. That theme has been the basis of long term research into the precision of nutrition and the importance of a more personalized approach to diet and health both scientifically and through public policy. The research group that Dr. German leads has published over 450 articles, which have been cited over 38,000 times. Dr. German led the large team of faculty who made the mechanistic, clinical and regulatory discoveries that Bifidobacterium longum subspecies infantis is the ancestral bacterium in breastfed infants. The implications of those discoveries led the faculty to co-found a company to provide this bacterium to recolonize babies born by cesarean section or maternal lineages exposed to antibiotics. Dr. German has given over 250 lectures on the science of milk. His bibliography is publicly available here.