The Milk Peptidome: A Gold Mine of Bioactivities 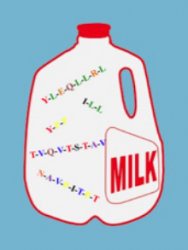 If you drank a glass of milk with your breakfast this morning, you may have given your body far more than a dose of bone-strengthening calcium. Recent research suggests that milk also contains protein fragments with the ability to lower blood pressure, inhibit harmful bacterial growth, boost immune system function and enhance calcium absorption. All of these functions have been ascribed to fragments of milk proteins (peptides) that occur naturally in bovine milk.

Although milk is well known as a good source of protein, the discovery of these naturally occurring functional protein fragments is recent. In the past, proteins were thought to be broken down into amino acids, and then absorbed in the body. However, recent evidence shows that many protein fragments survive digestion for extended periods. Therefore, dietary proteins can no longer be considered simply as an amino acid source for protein synthesis. In a paper published in January 2014, our team identified hundreds of endogenous peptides in Holstein cow milk, many of which have beneficial functions [1]. These peptides are inactive within milk proteins, but take on their respective functions when these proteins are cleaved by milk enzymes. Thus, in addition to providing building blocks for protein synthesis, the naturally occurring milk peptides likely provide consumers with many additional health benefits.

The study examined milk samples collected from six Holstein cows during their peak lactation period. Both the number and amounts of milk peptides present among the six cows were remarkably consistent, indicating a highly controlled enzymatic degradation system. Our team determined that the majority of the identified protein cleavages came from the action of a naturally occurring enzyme called plasmin, which is selectively pulled from the mother’s blood into her milk.

Thanks to the efforts of other researchers [2], some of the peptides identified in these bovine milk samples have already been tested for biological functionality and been proven active. For example, an αs1-casein-derived peptide called isracidin prevents the growth of Staphylococcus aureus, a species of bacteria responsible for infections and some foodborne illnesses [3]. Another peptide, casoparan, can have immunomodulatory effects [4]. Each of the six samples also had between 35 and 37 phosphorylated peptides (the post-translational addition of a phosphate group). Phosphate groups are negatively charged, allowing them to bind calcium ions, which enhances calcium absorption in the consumer.

The presence of functional peptides is not limited to bovine milk. Recent research has shown that human milk contains hundreds of endogenous peptides, many of which are highly similar to known functional peptides [5]. In another recent study, our team examined what happens to milk proteins and peptides in the infant stomach [6]. Previously, it was thought that little digestion happened in newborn babies’ stomachs because of the high post-feeding pH, which normally would inhibit the action of the main gastric protease, pepsin. We analyzed gastric extracts from infants who had been fed human milk. Hundreds of novel peptides are released in the infant stomach, and bioinformatic enzyme analysis (not yet published) has revealed that pepsin is active, despite the high pH. Perhaps more interestingly, this analysis revealed that the mother’s milk proteases are active in the infant stomach and are responsible for a majority of digestion there!

The next step in this research will be to follow the digestion process even further—to see what happens in the bloodstream, stool and urine. The goal is to gain a complete picture of protein digestion in babies. Annotating the specific location of these milk protein fragments will help to reveal how they might function in the infant.

Serotonin and the Body 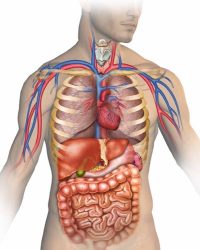 Serotonin is well known as a chemical that elicits effects on the brain. But it has a vast number of other roles; for example, serotonin affects heart function, as well as milk release from the mammary gland, bladder control, and how long it takes a man to ejaculate during sex. In fact, most of the body’s serotonin is not in the central nervous system—and almost all of the 15 serotonin receptors that have been identified in the brain are also found outside of it.

A potentially related curiosity to serotonin’s long list of corporal functions is that mothers feed their babes molecules that affect1 serotonin receptors. No one is entirely clear why this is. Moreover, colostrum, the sweet, golden milk produced in the first few days after birth, has much higher levels of at least two of these molecules compared with normal breast milk.

In a paper2 discussing this strange bounty, Beata Jarmolowska and colleagues speculate as to what might be going on. The two molecules in question are structurally similar, going by the names of beta-casomorphin-5 (BCM-5) and beta-casomorphin-7 (BCM-7). There is more known about the biological roles of the latter than the former.

Not only do beta-casomorphins arrive in the gut in greater concentrations during an infant’s first few days, but the odds that a given molecule will make it through the gut wall and into the bloodstream are higher in young infants because they have especially leaky gut walls. “The high level of both beta-casomorphins in colostrum suggests that these peptides may affect not only the gastrointestinal tract but also the whole organism after passing the gut barrier,” Jarmolowska et al conclude.

So what biological effects might these be? The authors pick up on a few of them, the first of which is the regulation of gastrointestinal function and development. Suggestive evidence for this comes from other work that has, for instance, linked casomorphins to changes in intestinal electrolyte transport that prevent diarrhea.

The second corporal effect is a potential role in allergic reactions of the skin. This is because BCM-7 has been found to cause skin rashes in a test where it was administered by injection. But the effects of allergens in the development of the immune response over time are complex, and for evolutionary reasons it seems much more probable that, on balance, the BCM-7 in breast milk is good for the health of its tiny consumers. Similarly, BCM-7 has been linked to autism and to sudden infant death syndrome, or SIDS. However, a review by the European Food Safety Authority3 reported that recent data do not provide any support for either theory.

Indeed, the beta-casomorphins in milk are potentially doing a whole lot more good than Jarmolowska et al speculate. For example, serotonin is important for energy balance and digestion. Serotonin’s roles outside of the brain are diverse. Depending on the type of serotonin receptor in the walls of blood vessels, the presence of serotonin (and presumably of beta-casomorphins) causes the vessels to either contract or dilate. These effects appear to extend to the lungs, where serotonin is known to help in the control of respiration. Therefore, it is conceivable that beta-casomorphins have a role in calming an infant’s breathing.

Moreover, beta-casomorphins may affect serotonin receptors that modify the function of the heart. Research in this field has arisen, in part, from observations of the side effects of a kind of tumor that pumps out serotonin. Patients with “serotonin-producing carcinoid tumors” often have fast and irregular heart beats for several mechanistic reasons, including modifying how electricity is conducted across the organ and in the timing of when the heart valves close.4

There is simply so much more to know and such diversity among serotonin receptors that the literature yields conflicting answers to the question of whether beta-casomorphins activate or inhibit them. “It is likely that these molecules do something. [That] they act on all kind of systems and the result is a mixed effect,” says Renger Witkamp of Wageningen University, the Netherlands, who was one of the authors on the European Food Safety Authority report. It is also unclear why colostrum contains particularly high levels of BCM-7 and BCM-5 compared with normal breast milk, as revealed by Jarmolowska et al’s study in Bialystock. Perhaps you, the reader, will find out. 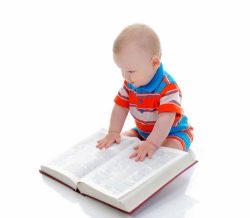 ‘Breast is best’ makes theoretical sense because breast milk is the only foodstuff to have evolved specifically to meet the nutritional needs of human infants, as Bruce German, Professor of Food Science and Technology at UC Davis, is fond of saying. There are many reasons why the act of breastfeeding itself may be beneficial. But in purely compositional terms, scientists designing infant formulas rightly seek to mimic the real thing. Recently, a team of Swedish researchers ran a study in which they assigned some infants a novel formula with less energy and protein than normal infant formula, and with a higher concentration of fat globule membranes derived from cow’s milk.

At first blush, the results1 reported in The American Journal of Clinical Nutrition are impressive: when these infants reached 12 months of age, their IQ scores were statistically indistinguishable from infants who had consumed breast milk instead, but significantly higher than infants fed normal formula. The mean cognitive scores on the Bayley Scales of Infant and Toddler Development (Third Edition) were 105.8 for infants fed the novel formula, 106.4 for breastfed infants, and 101.8 for those on normal formula. So the researchers appear to have hit upon a magic recipe that responds to a long-term challenge in the field—“to create an infant formula that will optimize the neurodevelopmental outcomes of formula-fed infants to be comparable to those reported in breastfed infants,” as an editorial2 in the same journal put it. The study is the first proper clinical trial to report such a large effect on the Bayley Scales for any kind of infant formula supplementation.

However, the same editorial pours cold water on the study’s findings. Firstly, the editorial’s authors, Frank Greer of University of Wisconsin School of Medicine and Public Health, Madison, and Ronald Kleinman of Harvard Medical School, Boston, point out that the study controlled neither for maternal IQ nor socioeconomic status, two confounding factors that, in theory, should have been accounted for by the randomized design, but nonetheless could be crucial in interpreting the results. Second, they argue that is it “biologically implausible” for milk fat globule membranes to account for such a sizable effect, given the plethora of other bioactive molecules in breast milk that are absent from formula.

But the findings need not be entirely discounted. There are reasons to believe that milk fat globule membranes in the diet are important contributors to the neurological development of infants. These membranes contain three layers of particular fats and proteins, which overall are found in much lower concentrations in normal formula than in breast milk. And some have been specifically linked to neurological development, such as sialic acid, which has been shown to be present in higher concentrations in the frontal cortices of infants who consumed breast milk compared with infants who drank normal formula.3

The study researchers, Niklas Timby and colleagues at Umeå University, Umeå, Sweden, point to the most obvious way forward when they conclude that “a long-term follow-up on cognitive function with a new assessment close to school age would be desirable to find out if the difference between the formula groups persists.” If feasible, an even longer follow-up would be desirable. One trial looking at the effects of normal formula versus breast milk on IQ involving about 13,000 Belarusians followed these children into their teens, and had teachers evaluate reading and writing skills as well as IQ testing.4 Because of its length and sample size, it provides perhaps the most persuasive evidence that breast milk contributes to neurological development in ways that normal formula does not.

A follow-up to the Swedish study should also consider socioeconomic effects and maternal IQ. If such a study does find similar results to those reported in the original trial, the upshot will be a huge step forward in infant formula design—not to mention an important benefit for infants without access to breastmilk.