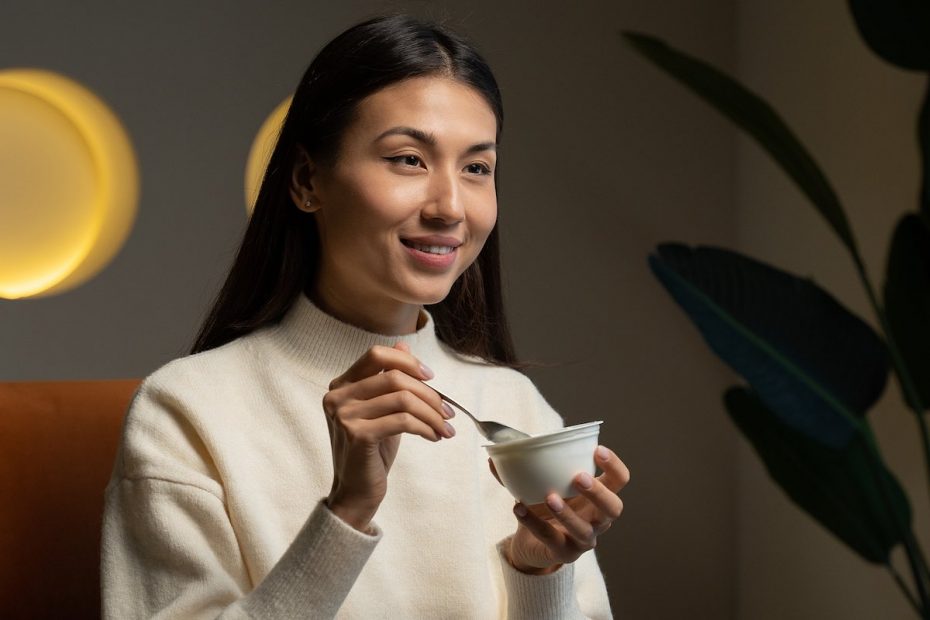 Yogurt can be a great source of calcium, with one 170-g tub containing over 200 mg of the critical nutrient [1]. Calcium is vital in building healthy bones and teeth, as well as muscle, heart, and nerve function, but most calcium from food can’t be retained by the gut. Dietary calcium is not always in a form that is easily soluble, and only around 30% is absorbed into the body [2]. Luckily, a new study conducted on young women shows this absorption rate can be improved 24% on average by consuming yogurt supplemented with synbiotics—a combination of pre- and probiotics [3].

“There were no studies in the literature testing this particular combination of prebiotic and probiotic functional dairy foods on calcium absorption,” says Carmen Donangelo, a researcher at the Universidad de la Republica in Montevideo, Uruguay, and a lead author of the new paper. Donangelo and her colleagues investigated whether consuming yogurt supplemented with synbiotics affected calcium absorption in young adult women.

For the study, published in The Journal of Nutrition, Donangelo and her colleagues recruited 30 women between the ages of 21 and 33. Half of the study participants were given yogurt supplemented with inulin, a common plant prebiotic, as well as the probiotic Lactobacillus rhamnosus. The other half of study participants were given the control—yogurt without the synbiotic supplement. After consuming the yogurt for three weeks, study participants were given an isotopic calcium tracer dissolved in orange juice, and calcium retention was studied by measuring how much excess calcium was excreted in the urine over a 36-hour period. The first treatment was then followed by a three-week “washout” period so that participants could return to their baseline calcium absorption levels, and afterwards, the participants that had the fortified yogurt were given control yogurt and vice versa for three weeks before measuring calcium retention again. The results between treatment sessions were compared for each participant [3].

The synbiotics likely work, she explains, by creating conditions that are more conducive to healthy gut bacterial growth in the large intestine. These beneficial bacteria could work by reducing pH in the gut, which helps with absorption, improving the health of the mucosal lining of the large intestine, or by creating short-chain fatty acids that form molecular complexes with calcium and aid in passive absorption.

The study also found that participants who did have improved calcium retention generally had a higher intake of vegetables, potassium, calcium, and protein compared with those who did not have a response. This was likely because a diet higher in vegetables makes the microbiotic environment more conducive to calcium uptake [3].

Donangelo says one of the study’s main limitations was that they did not measure the absolute amount of calcium in the bloodstream, a method that would require an intravenous injection of calcium. Rather, calcium was measured less invasively through urine samples and compared between treatments in the same participant to give a relative measure.

In the future, Donangelo says it would be ideal to study the long-term effects of synbiotic yogurt consumption, especially the effects on bone health. However, recruiting participants for such a lengthy study would be difficult. In the meantime, shorter-term studies could examine how synbiotics affect uptake of other vital nutrients, or how other co-consumed nutrients such as vitamin D might influence calcium absorption.