Why Mothers Should Boost Their Vitamin D Intake 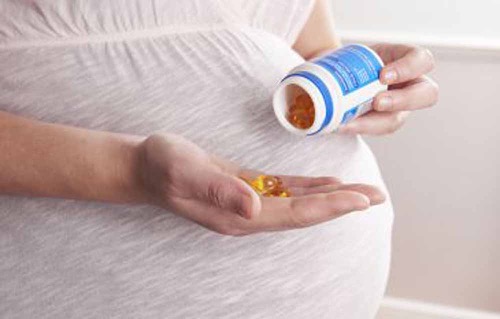 A mother’s milk is the finest food her baby can get, but it’s not perfect—or so it seems. It has become clear in recent years that most infants don’t get enough vitamin D from breast milk—not by a long shot. Does this mean breast milk is inherently flawed, by some quirk of nature? A new study refutes this common belief by demonstrating that breast milk can indeed provide babies with enough vitamin D if their mother cranks up her vitamin D intake by more than 10 times the currently recommended amount (1).

Vitamin D deficiency and rickets—a childhood bone disease—are re-emerging as serious health issues for babies and children in the U.S. and many other countries, as highlighted in recent issues of SPLASH! milk science update (2, 3). The reasons for this are limited sunlight exposure and low vitamin D consumption, not only in the young ones, but also in pregnant and lactating mothers who pass this vital nutrient on to their babies via the placenta and breast milk.

Exclusively breastfed infants have a higher risk of developing rickets than those on formula, which is fortified with vitamin D. This is especially true for African American breastfed babies because dark pigmented skin absorbs less sunlight than light skin, therefore generating lower amounts of the “sunshine vitamin.”

For decades, the American Academy of Pediatrics (AAP) and the Institute of Medicine (IOM) have recommended that all breastfed infants receive vitamin D supplements, starting within a few days of birth. The problem is that the recommendation is rarely followed—compliance ranges from some 2% to 20%. This may be due to inaccessibility to supplements, or simply a lack of awareness (4). But ultimately, it comes down to parental reluctance to supplement a healthy, breastfeeding infant, according to Professors Bruce Hollis and Carol Wagner from the Medical University of South Carolina (MUSC) Children’s Hospital—two leading researchers on vitamin D in mothers and infants.

“We have shown in various vitamin D studies that mothers are more likely to take their own vitamin D supplement than to give their infants a supplement. It also goes against what every breastfeeding mother knows—that breast milk is best and if she is healthy, including vitamin D replete, she does not have to supplement her breastfeeding infant,” Hollis and Wagner explain.

They also point out that a multivitamin supplement (containing vitamin D), which may be prescribed instead of vitamin D-only supplement, often tastes bad and babies tend to spit it out. “This makes it difficult for a mother to know how much her infant actually got of the supplement. The best option, in our minds, is for the mother to have a healthy vitamin D status, thereby giving her milk that same status.”

How much vitamin D supplement is enough?

Health authorities’ current recommendation for pregnant and lactating women, as well as for infants and children, is a minimum daily intake of 400 international units (IU) vitamin D. However, Hollis and Wagner estimated this dose to be far too low, and designed an interventional study to test their hypothesis (1). The study was a randomized, double-blind, controlled trial—the gold standard for testing the clinical effects of various substances, diets, or treatments.

The team recruited a number of lactating mothers living in South Carolina or New York, who agreed to exclusively breastfeed their one-month old baby for the next six months. The mothers and infants were randomly assigned to receive different amounts of vitamin D or a placebo control (no vitamin D). Once a month, their vitamin D levels were analyzed from blood and urine samples.

As in most clinical trials, not all of the initially enrolled participants completed the entire study program. Many stopped exclusively breastfeeding along the way, and some dropped out because they moved or lost interest. But enough participants remained in the study to provide the researchers with reliable data.

In other words, the study showed that vitamin D supplementation to the mother only—at a high dose of 6400 IU per day—can ensure that adequate amounts of vitamin D are transferred from the mother’s blood to her milk, thus meeting her nursing infant’s need.

“During lactation, a woman needs about 20% extra vitamin D intake, as about that much is excreted daily into her breast milk,” Hollis and Wagner explain. Based on their own and others’ research over the last 15 years, they recommend that women take a minimum of 4,000 IU vitamin D per day—depending on their vitamin D status—during pregnancy and 6,000 IU per day while lactating. “Our obstetrical department at MUSC is now testing all pregnant women at their first prenatal visit.”

Is it safe? New data versus old misunderstandings

Importantly, and consistent with safety data from earlier studies in thousands of people, their latest study showed no sign that this dosing was in any way unsafe. Moreover, the mothers’ blood levels of vitamin D following the high dose were similar to vitamin D levels that can be achieved by solar exposure alone, without dietary supplementation (1).

A perceived safety issue with high intake of vitamin D has been around for a long time (5). Nearly a century ago, reports of vitamin D toxicity surfaced after children and adults were prescribed vitamin D at doses of hundreds of thousands IU—way higher than the physiological range. The toxic effects involved hypercalcemia, or abnormally high blood levels of calcium, the metabolism of which involves vitamin D. In the 1960s, doctors linked excess vitamin D to a type of hypercalcemia characterized by “elfin facies”—some peculiar, elf-like facial features in the children afflicted by the condition, as well as in children born with a syndrome called supravalvular aortic stenosis (SAS). As a result, vitamin D toxicity—brought about by maternal vitamin D supplementation during pregnancy—came to be viewed as the cause of the SAS syndrome. Later it turned out, however, that SAS is not caused by too much vitamin D per se, but by a genetic disorder called Williams’ syndrome. Sufferers often have abnormal vitamin D metabolism and are therefore susceptible to hypercalcemia. Unfortunately, the old and inaccurate association of the disease with vitamin D intake has had a profound effect on the practice of vitamin D supplementation in pregnant mothers, as well as in infants. A lack of understanding and fear of excess vitamin D continues today.

This is reflected in the conservative recommendations for daily vitamin D intake (400 IU). In recent years, however, the IOM and the Endocrine Society have suggested upper intake limits of 4,000 IU and 10,000 IU per day, respectively (6, 7).

“Change now to make a difference in these babies’ lives”

Our current lifestyles, including sun exposure, have changed drastically since our distant past, meaning dietary supplementation of vitamin D is our only remedy, according to Hollis and Wagner—but in amounts that matter, as shown in their paper. That is, at least 10 times the currently recommended amounts.

So, are the official recommendations likely to be updated any time soon, in keeping with the latest research? Hollis and Wagner suspect health authorities will call for more research, as usual. “But the truth is, our research is unlikely to be repeated because of cost. Our study cost was around 7 million dollars,” they say. “Our position is that we have the data; it is convincing, so implement the change now to make a difference in these babies’ lives.”

And the difference—in terms of health risks—for babies getting their daily, deserved dose of vitamin D is crucial. It not only affects their bone and calcium metabolism, but also the integrity of their immune system, as well as various organ systems (5). Increasingly, new research shows that vitamin D deficiency is linked to several inflammatory and long-latency diseases, including multiple sclerosis, diabetes, and various cancers. Armed with this emerging knowledge, health authorities and pediatric health care providers need to put measures in place to ensure babies get enough vitamin D—for the best possible start in life.