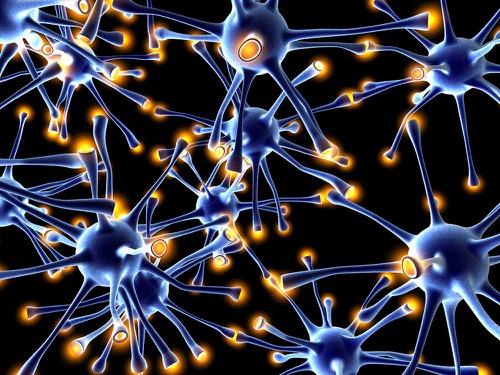 Fat is back, baby! After a pretty extensive smear campaign, fats are now recognized necessities for a healthy, balanced, adult diet. But for infants, fats have always been an essential constituent in mother’s milk and formula. Previous columns have addressed proteins and hormones in milk and their potential effects on infant development. However, the lion’s share of research effort in the topic of early nutrition has been dedicated to fatty acids and cognition. This is because fatty acids, made from phospholipids and triglycerides, are critical structural components of the brain.

Last fall, Isaacs and colleagues in the UK reported on an experimental study in which 107 preterm infants were randomly assigned to either a standard formula diet or a fatty acid-enhanced formula diet. This study was initiated before long-chain polyunsaturated fatty acids were typically included in commercially available formulas. Interestingly, there were NO DIFFERENCES between the two formula groups when cognition was assessed 10 years later (e.g., the fatty acid enhanced formula was not associated with better cognitive performance). However, baby girls fed the fatty acid-enhanced formula DID have improved cognitive performance compared to baby girls fed “regular” formula, it was only for boys that there was no effect.

One important thing to remember, though, is that it’s not just what is in the milk, but how the infant assimilates and metabolizes those bioactive constituents. And depending on infant gender, whether the infant was term or preterm, and even infant genotype can influence how ingested milk is processed. For example, scientists have shown an infant’s utilization of fatty acids is as important as the presence of fatty acids in milk (Caspi et al., 2007). Using a sample of >1000 subjects in New Zealand, Caspi et al. showed that the effects of breastfeeding on IQ are mediated by genetic variation in fatty acid metabolism. Their candidate gene, FADS2, is instrumental in fatty acid metabolic pathways, and the two alleles C and G can seemingly influence those pathways. Infants were either CC or GG homozygous, or CG heterozygous. On their own, these genotypes were not associated with IQ. However, individuals who were breastfed AND carried the C allele (either CC or CG) had a ~6 points higher IQ than individuals with the C allele who were formula-fed (before the inclusion of DHA in formula). In contrast, GG individuals showed no differences in IQ whether or not they were breast- or formula-fed. Importantly, this study controlled for numerous factors, such as maternal IQ, fetal growth, and socioeconomic status. But this study was retrospective and just compared formula-feeding vs. breast-feeding history with genotype- the actual fatty acids in milk were not investigated.

More to the story: Phospholipids

A recent pilot study conducted by colleagues in Japan suggests that formula fortified with a particular phospholipid may confer some benefits for infant neurodevelopment and function. Sphingomyelin is a phospholipid, and in rats, contributes to myelination of the brain. In our brains, neurons send “messages” to one another through electrical signals. These signals travel down a long cable coming from the neuron, known as an axon. When axons are wrapped in a sheath of lipids, called myelin, the signal travels even more quickly between neurons. It’s sort of like highway tunnels that allow us to bypass cities without distractions. Importantly, in humans, much of our myelination occurs after we’re born, so fats in milk, and particularly sphingomyelin, are really important during this critical post-natal period of neurodevelopment.

In their pilot study, Tanaka et al. (2012) supplemented breast milk with formula. Of the phospholipids in the experimental formula, 20% were sphingomyelin while in the control formula, only 13% of the phospholipids were sphingomyelin. Twelve preterm infants were randomly assigned to the experimental group and twelve were assigned to the control group. Infants who received the sphingomyelin-fortified milk had slightly higher levels of sphingomyelin in their blood and performed slightly better on some cognitive tests than the control group. There were a number of constraints on interpreting the data: a small sample size, many outcome measures, many statistical tests, and no ability to control for breast-milk consumption. Despite these constraints, the general pattern suggests that greater consumption of sphingomyelin has the potential to improve neurodevelopment.

The really interesting thing is that sphingomyelin makes up MUCH more than 20% of phospholipids in human breast milk. In 1984, Bitman and colleagues investigated sphingomyelin in the milk of US women who delivered at term (37+ weeks, N=6), 1-2 weeks preterm (31-36 weeks, N=28), and very preterm (26-30 weeks, N=18). Specifically, he investigated the sphingomyelin concentration in colostrum, transitional, and mature milk. At all time points, among all groups, sphingomyelin was >30% of the phospholipid content and was usually closer to 40%. More recently, Wang and colleagues (2000) demonstrated that among Japanese women delivering full-term infants, sphingomyelin was 31% of the phospholipid content. Both research teams also reported some variation among mothers around the mean values, as would be expected.

The key take-home message from the growing body of literature is that one main research imperative is to comprehensively investigate what constituents are in breast milk and their concentrations among mothers and populations as well as across lactation (Neville et al., 2012). Randomized trials that fortify formula one by one with different constituents thought to be bioactive in the newborn are going to constrain our understanding of breast milk (and therefore slow down improvements to formula). This is because few, if any, milk constituents exert their bioactivity in a vacuum from other constituents. Those complex interactions are going to be overlooked, compromised, or misattributed by a reductionist approach.

If I wanted to understand how a plane flies, I wouldn’t add rivets one by one to secure the wing to the plane, awaiting that magic rivet that makes flight possible. No one rivet is responsible for securing the plane wing, just as no single constituent in milk determines neurodevelopment and cognition. It’s an exquisitely, magnificently complex system.