What’s in the Dairy Case? Potential Health Risks of Emulsifiers from Plant-Based Milks 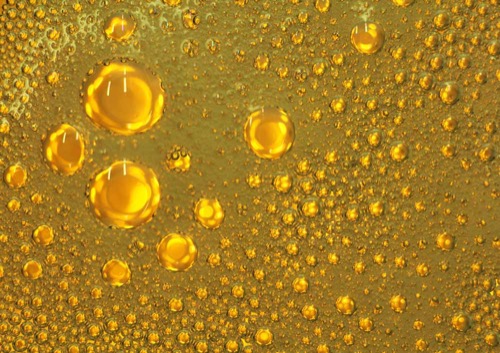 Thousands of years ago, soymilk was nothing more than bean-flavored water, and if a food couldn’t be pickled, cured, fermented, or dried, it could not be preserved. Thanks to emulsifiers—natural and synthetic substances used to improve food texture, make foods more uniform in consistency, or increase a food’s shelf life—modern-day humans can enjoy soymilk with a creamy consistency and baked goods that stay fresh for months in the pantry. But do these improvements come at a cost? Although emulsifiers such as carrageenan have been classified as “generally regarded as safe” (GRAS) by the FDA, a growing body of evidence [1-10] suggests they may be partly responsible for increasing the incidence of inflammatory bowel diseases and the metabolic syndrome over the last 50 years. Although it may come as no surprise that processed foods are not good for overall health, many foods that consumers select because they are believed to be healthy, including some plant-based milk substitutes, contain ingredients that could potentially be making us sick.

It is common knowledge that oil and water don’t mix. Oils are hydrophobic, or water fearing; the water molecules repel the oil molecules. But oil can be made a little less fearful of water by the addition of an emulsifier, which coats the oil molecules and makes them less likely to spread out and separate from the water molecules. Emulsifiers accomplish this chemical magic because of their unique composition—one part loves to be in water and one part loves to be in oil (aka amphiphilic) [11].

The addition of emulsifiers to oil and vinegar produces a salad dressing that does not require constant shaking and does not separate once it has been poured on the lettuce, and helps fat disperse more uniformly through bread and baked goods making it easier for them hold a consistent shape without gaping holes. Emulsifiers also influence the texture and “mouth feel” of foods because they keep the liquids evenly mixed. This is perhaps best illustrated by the transformation of beans, rice, and nuts into milk-like beverages, which use emulsifiers to increase the viscosity of the liquid to mimic milk’s creamy texture.

Milk does not require the addition of an emulsifying agent to maintain its creamy texture. Nature solved the problem of delivering hydrophobic fat droplets in water (after all, milk is mostly water) through an evolutionarily novel fat packaging system called the milk fat globule membrane (MFGM) [12, 13]. Specifically, milk fats, such as triglycerides, are surrounded by several layers of amphiphilic molecules (like phospholipids) that keep the fat molecules from clumping together [12, 13].

Many other well-known foods also have emulsifying properties. Eggs, soybeans, and sunflower seeds all contain the fat lecithin, which (like milk fat) is composed of amphiphilic phospholipids. A quick search of ingredient labels from foods in your pantry is sure to turn up several that list some type of lecithin.

But many of the most commonly used emulsifiers come from less familiar food sources. Carrageenan is a polysaccharide found only in the cell walls of red seaweed. Because of its unique chemical bonds, it has been used to replace fat in low-fat food products, thicken up foods such as plant-based milks and canned whipped cream, and even improve the texture of infant formula [6, 8, 11]. But what do carrageenan’s unique chemical bonds do once they are consumed?

It is well understood how emulsifiers transform food products for human consumption, but what these emulsifiers do to the human gastrointestinal (GI) tract is less clear-cut. Researchers have long known that degraded carrageenan (as opposed to food-grade carrageenan used in human foods) could be used to induce gut inflammation in animal models and human cell cultures [6, 7]. Could similar substances in the human diet explain (at least in part) the rise in inflammatory bowel disease and the metabolic syndrome (which is linked to low-grade inflammation in the gut) over the last 50 years [2]?

Understanding how emulsifying agents could produce inflammation, and the sequelae of health issues that follow, requires a brief overview of the anatomy of the GI tract. Although it might not be the most appetizing analogy, picture the intestines as if they were a pizza—the epithelium is the bottom layer, or the dough, separating the contents of the GI tract from the bloodstream; on top of that is the mucus layer, the sauce; gut bacteria (or microbiome) are sprinkled on top of the mucus layer like cheese and toppings on the pizza sauce.

Keeping the microbiota on the top of this metaphorical pizza is critical to maintaining health. The outermost mucus layer is responsible for keeping the microbiota from moving into the lower mucus layer and subsequently to the epithelial cells that line the intestine. But as an extra line of defense, the membranes of the epithelial cells are stuck together by special proteins (appropriately called tight junctions) that form a nearly impenetrable barrier.

Initially, researchers thought that emulsifiers might act directly on the mucosal layer, decreasing its thickness and limiting its protective effect. However, a number of studies on mice and human intestinal cell lines grown in labs [1-3, 5, 7, 10] suggest that exposure to carrageenan and other synthetic emulsifiers promotes gut inflammation by disrupting the normal interactions between the microbiota and the mucosal layers. Instead of the gut bacteria staying on the topmost layer, the disruption causes them to move into the mucus layers, which then leads to an increase in the expression of inflammatory molecules and pro-inflammatory immune cells [1, 3, 5, 7, 10]. Moreover, a breakdown in the mucosal barrier affects the tight junction proteins holding epithelial cells together. With space in between the cells, bacteria can now move from the GI tract to the bloodstream, stimulating the production of even more pro-inflammatory immune cells [10].

With all of these inflammatory molecules released into the gut, it is not surprising that, in animal models, carrageenan exposure was associated with GI changes similar to those seen in human patients with inflammatory bowel diseases, including ulcerative colitis [7, 10]. But in addition to the direct effects on the gut, emulsifier-induced low-grade inflammation was associated with changes in glucose metabolism (hinting at the development of diabetes) and food intake (in some cases twice as much food consumed as by control mice, which may be linked to obesity)[1-5, 7].

If emulsifiers like carrageenan have induced inflammatory reactions in mice and human cell models, why are they still being used in human food manufacturing? Some food producers are responding to the growing scientific evidence and making changes. For example, many plant-based milks will advertise “carrageenan-free” on their cartons, choosing to use soy or sunflower lecithin instead. But the changes are voluntary, as the FDA has yet to change their designation of carrageenan (and other potentially harmful emulsifiers like carboxymethyl cellulose and polysorbate 80) as GRAS. The criteria for this designation are that the food additive is not toxic or carcinogenic [1-5], with no regard for the potential for the emulsifiers to cause inflammation. Many of those involved in researching the links between emulsifiers and inflammatory reactions believe the FDA criteria for what is “safe” in foods needs to be updated to reflect the myriad ways in which food additives can impact human health [3, 4, 11].

Of course, no one is claiming that emulsifying agents are the sole cause of low-grade inflammation that is associated with the metabolic syndrome. Food intake, glucose metabolism, and gut barrier function are the result of a complex interplay between genetics and environmental factors. Low intakes of dietary fiber, high sugar, and high saturated fat (traits common to processed foods) are also implicated in altering the composition and normal function of the gut microbiome, but their effects may be amplified by the presence of emulsifiers [3, 4].

It is not possible to do away with emulsifiers—although eating only fresh, additive-free food would be the ideal, this is not feasible for much of the world’s population. Without change from above, consumers with concerns about the link between emulsifiers and inflammation need to be more aware of what is in their food, even if that food is considered “healthy.” Many shoppers may not be aware that plant-based milk alternatives contain emulsifiers of dubious safety. If you are looking for a natural emulsion that can actually improve your health, look no further than the carton of cow’s milk in your refrigerator.

4. Chassaing, B, Vijay-Kumar M, Gewirtz AT. 2017. How diet can impact gut microbiota to promote or endanger health. Current Opinion in Gastroenterology 33: 417-421.

8. David S, Levi CS, Fahoum L, Ungar Y, Meyron-Holtz EG, Shpigelman A, Lesmes U. 2018. Revisiting the carrageenan controversy: do we really understand the digestive fate and safety of carrageenan in our foods?. Food and Function 9: 1344-1352.

10. Martino JV, Van Limbergen J, Cahill LE. 2017. The role of carrageenan and carboxymethylcellulose in the development of intestinal inflammation. Frontiers in Pediatrics 5: 96.