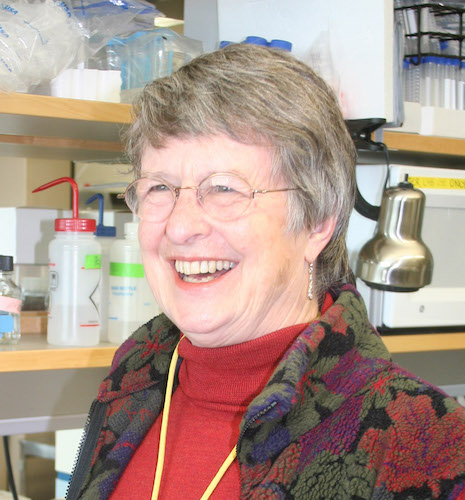 Keeping funding agencies and researchers properly in the loop, Peggy Neville, who recently retired from the University of Colorado, Denver, and colleagues have published a paper entitled “Lactation and milk: Defining and refining the critical questions” which serves to bring together discussions stemming from a conference held in Denver last January. In the review, she and her coauthors run through four key research priorities in the field: how the components of breast milk affect an infant’s growth and health, how they impact an infant’s brain and behavior, some key issues concerning regulation of mammary gland function and finally, how milk research can help infants born pre-term or to obese or undernourished moms. The intention of the project, says Neville, is to help streamline future efforts in a field with limited money and manpower.

So what are the cherry-picked priorities? First up, although a lot of recent work has looked at milk’s components, such as sugars called human milk oligosaccarides, some classes of ingredients have been largely left untapped. For example, milk fat globules contain small crescent-shaped packages of cytoplasm–samples of the mammary alveolar cell whence they came. By comparing the RNA contents of these crescents, researchers might reveal important differences in the effect of obesity and other stresses on mammary cell function, says Neville.

Moreover, little is known about the sequence of changes in the composition of colostrum. Considering colostrum contains various molecules that suppress inflammatory responses, it probably also plays an important role in intestinal development. Similarly, there are obvious holes in current knowledge regarding how microbial communities affect the development of gut associated lymphoid tissue and how milk molecules that can bind to immune cells probably protect against allergies later in life. On the subject of milk and medications, lactating moms can draw on thorough advice if they pop pills for rheumatic diseases, but those who take anti-depressants have scant material on how those drugs may affect a breastfeeding baby’s behaviour. Someone should get on that.

Then there’s milk’s effects on a babe’s developing brain. Here, research is extremely limited, largely for lack of means to test hypotheses in humans. What is certain, however, is that human milk has curiously high concentrations of molecules known to foster brain development. Differences in the amount of cortisol in macaque monkeys’ milk impart a lifelong behavioural trajectory on the infants nourished by it, but at present, there are only hints of this effect in humans from a much shorter study. The study in humans reported that consuming more cortisol as a neonate makes for a more labile human infant.

The list of opportunities in lactation and milk research goes on. What of the lactating mom? Neville and colleagues stress that a mechanistic understanding of the factors and signaling pathways regulating mammary gland differentiation during pregnancy, birth, and lactation, is sorely needed. Once such mechanisms are established, scientists can better understand what can go awry. To be sure, the field has long-established that prolactin and oxytocin play key roles, but also, it appears, does cortisol.

Various other hormones are relevant–insulin, progesterone, and glucocorticoids among them–suggesting stress (acting via glucocorticoid levels), obesity, and gestational diabetes (both acting via insulin) may alter mammary gland differentiation. Perhaps, for example, the additional insulin circulating in an obese mom causes premature involution?

In addition to understanding mom’s hormones, it makes sense to consider her genes. Little is known about genetic and epigenetic underpinnings of milk production, or about what moms can eat or do to improve the flow and composition of their milk.

Of course, those most likely to benefit from a renewed effort in lactation research are babies with unusually high odds of death and disease: preemies, those born in places of poor sanitation, or to obese or diabetic moms. These research topics are priorities. Preemies have nutrient demands that outstrip what breast milk can pack into their tiny tummies, and their moms sometimes aren’t biologically primed to produce enough milk. More should be done to find out how to help both. Moreover, the babes of obese and diabetic moms are more likely to suffer from metabolic disease. And infants that remain stunted from under nutrition through their third birthday often remain cognitively restricted for life. Scientists currently conjecture that breast milk might abrogate this undesirable fetal programming. But does it really?

As always, a big new push requires someone to push and money for support. Lactation biologists are dwindling in number, and while organizations like the Bill & Melina Gates Foundation are waking up to the field’s potential, more needs to be done to encourage national research agencies to step up. Lactation is a field where the basic biology is still up for grabs and new findings have great potential to help millions of infants around the world. It seems only smart that the new generation of researchers and financial supporters take heed of Neville’s review.