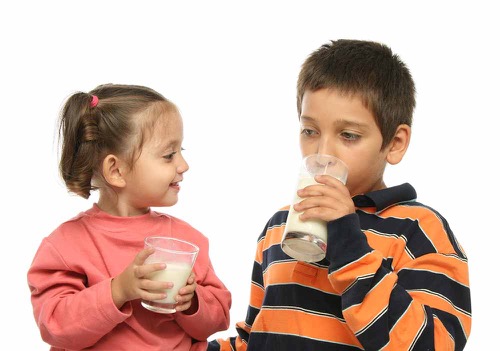 A vitamin is a substance that makes you ill if you don’t eat it. — Albert Szent-Györgyi.

The inevitable decline in humans with age is the ultimate certainty, greatly surpassing that of tides and taxes. Like an aging building reaching into the sky, it’s the foundations that really count. A strong foundation slows the adverse effects of aging and conversely a weak foundation results in foreboding cracks in the brickwork, a portent of future structural failure.

Scientists conclude from many investigations that poor nutrition and disease in children may be a predictor for increased risk of osteoporosis and bone fracture much later in life [1-3]. The same life challenges to pregnant mothers may also have similar effects on the bones of their offspring later in life [1, 3]. Clearly, the foundations of bone health in adults are laid down early. Other investigators have concluded that bone health may not be optimal in “healthy” populations of children due to modern day dietary deficiencies in vitamin D, vitamin K2, and calcium, as well as the lack of exercise [4]. Karpiński and colleagues recently demonstrated that these factors may partially explain the increased frequency of low-energy fractures in children [4].

The January 2018 SPLASH! milk science update highlighted new research demonstrating that full fat milk is an excellent source of vitamin K2, a poorly investigated vitamin K subtype recently shown by scientists to be important in bone and cardiovascular health in addition to its long-established role in blood coagulation [4-7]. Henrik Dam discovered vitamin K early last century to be an essential dietary substance for blood coagulation [8]. He named the vitamin “koagulations vitamin” (Danish spelling), and hence the name, vitamin K. He later discovered that the main vitamin K subtype essential for blood coagulation is vitamin K1 (phylloquinone), whereas the additional biological roles of another vitamin K subtype, vitamin K2 (menaquinone), in bone and cardiovascular health did not emerge from the scientific wilderness until about two decades ago.

Health scientists have shown that bone density of humans peaks about age 30 and then slowly declines with age, eventually leading to increased risk of osteoporosis, characterized by reduced bone density, which in turn causes greater risk of fractures late in life [9]. This is a major health issue affecting many elderly people as fractures are often an invitation to opportunistic infections causing more serious life-threatening challenges. The scientists unequivocally demonstrated that an adequate and well-balanced diet helps to slow this inevitable onslaught on the elderly [9]. However, Cooper and colleagues comment that the most effective delaying tactic may be the attainment of a higher bone density much earlier in adult life and even during childhood and fetal development [1-3]. They suggest that with a higher bone density starting point, the unrelenting age-related decline in bone density after 30 years of age will not reach the critical threshold for increased risk of bone fractures until a later age in the elderly. Increased bone density of children and young adults is therefore the key to good bone health much later in life.

There is considerable evidence that vitamin K2 contributes to bone health in adults [10, 11], although Vermeer and colleagues noted that there were few investigations in children [12]. For example, O’Connor and colleagues demonstrated that vitamin K2 status in a small population of healthy Danish girls aged 11–12 years was associated with increased bone mineral content [13, 14], while the Vermeer group concluded that improved vitamin K2 status in healthy children over a two-year period was associated with a marked increase in bone mineral density [14].

Scientists involved in several investigations demonstrated that vitamin K2, and to a lesser extent vitamin K1, are essential for making a specific type of molecular modification on a protein named osteocalcin, which is secreted from bone-forming cells or osteoblasts [15, 16]. The molecular modification allows this protein to bind calcium in bone and thereby become an integral component of bone. Other scientists noted that in the example of postmenopausal women, there was an association between unmodified osteocalcin in blood and increased risk of bone fracture [17]. Doctors now routinely use the concentration of unmodified osteocalcin in blood as a marker for bone loss or resorption occurring in various adult diseases such as osteoporosis.

Vermeer and colleagues highlighted three confounding health authority issues relating to the recommended Adequate Intake of vitamin K. This research group is based in The Netherlands at Maastricht University and has published extensively, including scientific papers in the British Journal of Nutrition, the European Journal of Nutrition, and the journal of Food and Function [12, 15, 18]. First, health authorities recommend an Adequate Intake of vitamin K based on the level required for optimal blood coagulation. However, Vermeer and colleagues concluded that this level is insufficient for optimal vitamin K-dependent modification of osteocalcin and therefore, the recommendation potentially compromises optimal bone health. Secondly, they noted that the recommended Adequate Intake often applies to the total vitamin K level and may not reflect the functional and bioavailability (stability and ease of absorption into the body) differences between vitamin K1 and vitamin K2 [18]. Thirdly, the group highlighted paucity of information on the vitamin K status of children, who experience rapid bone growth, unlike adults, and may therefore have different requirements.

“Healthy” Children May Be Deficient in Vitamin K2

In a second and larger investigation, the Vermeer group measured the vitamin K status in the blood of 896 healthy children and adults by measuring unmodified levels of osteocalcin [12]. Surprisingly, the children had a six-fold higher level of unmodified osteocalcin in their blood compared with adults and the adult level was largely unaffected by age.

The Vermeer group demonstrated that “healthy” children are likely to be markedly deficient in vitamin K2 [12, 18]. The investigators speculated that the lack of optimization of bone growth of children caused by this deficiency may, in later life, increase the risks of osteoporosis (low bone density) and associated bone fractures. They commented that high bone growth rates of children compared with the process of general maintenance of bone mass in adults may be responsible for the striking differences in their unmodified osteocalcin levels. The good news provided by the Vermeer group was that moderate dietary vitamin K2 supplementation of children and adults decreased the level of unmodified osteocalcin in their blood, implying that there was greater incorporation of modified osteocalcin into bone [18]. Thus, vitamin K2 supplementation may improve bone health in the young, an outcome that could pay handsome rewards much later in life. The latter expectation has not been formally proven, therefore, Vermeer and colleagues suggested the need for a large population study to establish whether low dietary vitamin K status in children was directly associated with bone density and fracture rates of the elderly [12, 18]. This type of investigation could take some time.

Perhaps past generations had it right. Their children regularly drank full cream milk rich in vitamin K2 and calcium, and they exercised in vitamin D-enriching sunshine much more than many of today’s often sedentary children. These solid foundations for bone formation may need to be rebuilt in the current generation. Recently, investigators also demonstrated that vitamin K2 is important for cardiovascular health and metabolism [5, 12, 15, 16], indicating that this vitamin may have complex and central roles in healthy aging. Time for a glass of milk.

All these vitamins aren’t to keep death at bay, they’re to keep deterioration at bay. — Jeanne Moreau.