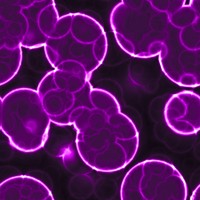 One cell, all by itself, can make milk. A single cell makes a very tiny amount, however, while more of them working together make a copious supply (or so we hope). That some mothers are not able to make enough milk is exactly what motivated scientists at Cincinnati Children’s Hospital Medical Center and University of California, Davis, to determine what genes are turned “on” to make milk.1

We captured such snapshots while mothers produced colostrum (the very first milk after birth), transitional milk (not really colostrum, not yet mature), and mature milk. Traditionally, milk was usually classified by day of lactation (day postpartum), but one of the interesting findings of this study was that on day two, some mothers were still producing colostrum, while others were already producing transitional milk. The groups of genes turned “on” or “off” were distinctly different between colostrum, transitional, and mature milk stages.

It turns out that milk-making cells do a lot of what we might expect. A few proteins are copiously abundant in milk and the genes turned “on” are those needed to transcribe, translate, and package those milk proteins for delivery outside the cell. During the colostrum phase, immune-related genes are uniquely expressed. This makes sense given that colostrum is the very first food to which a new baby’s gut is exposed.

Surprisingly, two of the most abundantly expressed genes during colostrum production were those for producing ferritin, a molecule involved in iron transport. Ferritin has a lot of slots to hold iron, but the ferritin that is in colostrum does not hold much iron,3 so we know it is not there to deliver iron to the baby, nor does iron absorption seem to be a vital function in the first days of life. So why is ferritin so highly expressed?

Usable iron is a scarce resource among life forms. We all need it to survive and we go to battle over it. Bacteria steal it from each other, animals sequester it from bacteria, and plants suck it out of the soil. And although we need it, it is not without harmful effects. Iron can cause oxidative damage to our cells. So perhaps a mother passes ferritin to her baby via colostrum so that it has a way to store iron safely and to sequester it from pathogens. It’s also possible this colostrum ferritin has nothing to do with iron and everything to do with the sugars that hang off of it, like the lactoferrin story.

Perhaps the most important snapshots captured during this study were those of “insulin signaling,” observed as cells transitioned from making colostrum to mature milk. Insulin is the hormone that tells cells, “Hey, fuel is present! Use it!” In older mothers, cells are either not getting enough of this signal (not enough insulin) or they are ignoring it (insulin: oh, that old thing again). As more women delay child-bearing and more women get diabetes at a younger age, more and more mothers are having trouble making enough milk. Disruptions in insulin signaling may well be the cause. Look for future work by Nommsen-Rivers et al. to lead the way.