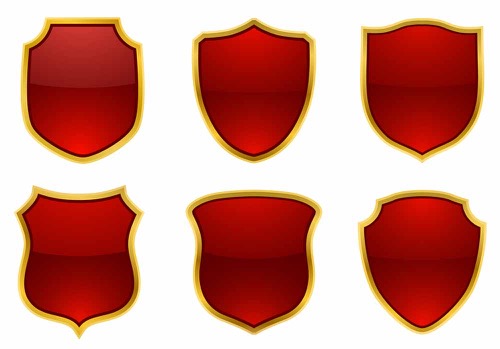 For many years, researchers have known that breastfed infants gain some protection from certain viral infections. Occasionally, however, viruses like HIV, a kind of herpes called cytomegalovirus, and HTLV-1, which is linked to leukemia, are transmitted in breast milk from mom to babe. Explaining why infection occurs in some mother-infant pairs but not in many others remains a pressing question. Lately, a series of papers has implicated the complex and highly variable jumble of carbohydrates found in breast milk. In most cases these appear to protect infants from viral infection. But, on rare occasions, they may facilitate it.

Perhaps the most pressing case of all is HIV. When no antiretroviral drugs are available to lower their moms’ viral loads, the guts of breastfed infants are washed in lots of virus particles many times a day. Breastfeeding is nonetheless advised because infants born HIV-negative in such circumstances stand only a 10-15% chance of picking up the virus this way—meanwhile they have many health benefits to gain from consuming breast milk instead of formula.

Lars Bode, a researcher working at the University of California, San Diego, has focused his attention on explaining what distinguishes the unlucky 10-15%. He and his team have partnered with researchers monitoring a cohort of HIV-infected mothers in Lusaka, Zambia’s capital. By analyzing these women’s milk and monitoring which of the HIV-negative-born, breastfed babies went on to catch the virus, Bode has shown that different complements of oligosaccharides (HMOs) in breast milk skew the odds of infection [1].

All human breast milk contains some of the 200-odd known HMOs, but different women produce different ones in different amounts. Bode concluded that the more HMOs the better: higher overall concentrations of these sugars in breast milk reduced the chance that a baby would catch HIV from her mom. But some HMOs are more protective than others; milk that was low in a common HMO called 3’-sialyllactose (3’-SL) was particularly protective. The reverse was consequently also true: the women whose milk contained relatively high levels of 3’-SL were more likely to pass HIV to their babies.

The next obvious question is why different complements of HMOs alter the odds of viral infection. In another recent paper, Jason Iskarpatyoti of Vanderbilt University School of Medicine, in Nashville, Tennessee, and his colleagues studied how a virus called reovirus interacts with carbohydrates in human breast milk and in cow’s milk [2]. Researchers call on reovirus when they seek a model mechanism of how viruses commonly infect the body.

Iskarpatyoti et al. tested the capacity of various milk components to bind two reovirus strains. The strains, T3D and T1L, have different routes of infection and therefore cause different symptoms. The key to explaining the results lies in understanding how different carbohydrates in milk interact with a specific part of these viruses, called ‘attachment protein sigma-1’. When reovirus strains infect a mammal, they first gain a footing on target cells by attaching this protein to a carbohydrate that protrudes from the cell’s surface.

In the experiment, several HMOs bound this protein, proving that they mop up virus particles that would otherwise be free to infect cells. Curiously, the work draws attention to 3’-SL, as Bode’s did. This HMO, along with two others (that go by the shortened titles, GD3 and GM3), stopped the T3D strain from infecting cells. Infection by the second strain, T1L, was prevented after the initial attachment stage, by an HMO known as GCB.

So that gives a clue as to how HMOs might generally impede viruses. But wouldn’t it be helpful to generate many more results more quickly?

A high throughput method has indeed been tested. Ying Yu of the University School of Medicine in Atlanta, Georgia, and her colleagues have created microarrays of HMOs, which they have also interrogated with samples of known viral attachment molecules [3].

Thus the jigsaw puzzle pieces describing how breast milk sugars modulate the odds of infants catching different viral diseases from their moms are being assembled at a rapidly increasing pace. One day, when synthetic chemistry has developed the means to make more complex HMOs, these results might suggest antiviral additives for infant formulas—or even for the milk of women who don’t make certain ones. For now, though, the practical applications are more limited. In 2007, Asakuma et al. [4] reported that the concentration of 3’-SL decreases rapidly after the first two days of milk production. That might be a helpful detail for some HIV-positive moms.