The Ultimate Superfood? Milk Offers Up a Glass Full of Antioxidants 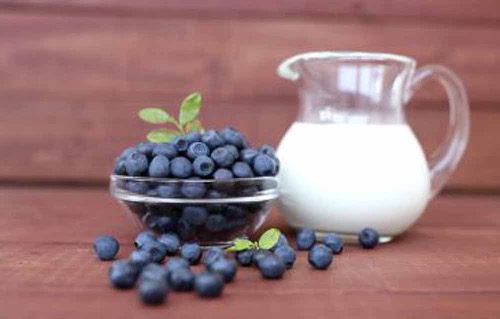 Superman earned his “super” for his ability to outrun a speeding bullet and leap tall buildings in a single bound. Superfoods like açaí berries, kale, and tomatoes earned their “super” for their high concentration of nutrients, particularly those that act as antioxidants. The superlative name is appropriate. Antioxidants possess superhero-like powers that prevent damage to cells and DNA from oxidative stress, thereby reducing the risk of developing certain cancers, type 2 diabetes, heart disease, and neurodegenerative diseases.

Milk and other dairy foods are densely packed with antioxidants; nearly every milk ingredient displays antioxidant properties. But because many of milk’s antioxidants are delivered in milk’s unique fat and protein packages, they have a set of superpowers that other superfoods cannot offer [1-3]. Milk may not be the most exotic superfood, but it might be the most super of them all.

Can you spare an electron?

It is hard to think of oxygen as anything but helpful. It is in the air we breathe and the water we drink. But it is also highly reactive and will steal electrons when it reacts with certain molecules. The result of this electron theft is a free radical—an atom (or molecule) with unpaired electrons. Electrons do not like odd numbers; once free radicals form, they immediately start looking to steal electrons from their closest neighbor. When they do, it starts a chain reaction of electron stealing and free radical production.

If left unchecked, the free-radical chain reaction can cause damage (known as oxidative stress) to cell membranes, cell organelles, proteins, and even DNA. Oxygen may be necessary for life, but oxidation can be detrimental. Oxidative stress is associated with the development of several chronic diseases, including type 2 diabetes, neurodegenerative diseases, atherosclerosis, and cancer [1].

The best defense is a good offense, and what better offense to offer up than antioxidants. Antioxidants are molecules that are stable enough to donate an electron to a free radical (or take one from it) without becoming a free radical themselves [4]. Produced by cells or provided in the diet, antioxidants give the free radicals what they are looking for (an even number of electrons), and in doing so put an immediate end to the electron-stealing chain reaction. It’s a molecular win-win.

These foods are super

It is impossible to prevent production of free radicals (cellular respiration is necessary for life), but oxidative stress can be limited if a balance is maintained between pro-oxidants and antioxidants. Several lines of evidence suggest that the growing incidence in diseases like cancer and diabetes can be directly linked to diets low in antioxidants [1,2]. These diets tip the balance favoring the pro-oxidant side, leading to permanent changes in cells and cellular structures, including cell membranes, proteins, and DNA.

If too few antioxidants in the diet can lead to disease, can eating foods rich in antioxidants help prevent it? The negative correlation between diets high in antioxidants and the incidence of diet-dependent diseases supports this hypothesis, as does in vitro and in vivo research demonstrating the mechanisms by which dietary-derived antioxidants neutralize free radicals and protect cellular components.

As a result of these findings, antioxidant-rich foods were given a promotion to “superfood.” Little known fruits like açaí and goji berries became overnight celebrities, and kale salad was added to the menu of all the trendy health food restaurants and smoothie shops. These fruits and vegetables (along with many others) offer up a wide array of antioxidants, including some familiar names (vitamin C, vitamin E, and beta-carotene) and lesser-known plant-based compounds (ellagic acid, phytic acid, and lycopene).

Not all antioxidants neutralize free radicals in precisely the same way, nor are all equally effective in different types of cellular environments. For example, vitamin C (ascorbic acid) is water-soluble whereas vitamin E (tocopherol) is fat-soluble. As a result, vitamin C has antioxidant effects in water-based environments of cells and vitamin E is active in lipid layers.

Because oxidative stress occurs in both water and lipid environments of cells, it is essential to eat foods that supply both types of antioxidants. Moreover, the parts of the body most vulnerable to oxidative stress (cell membranes, the brain, nervous tissues, cardiovascular tissues, and respiratory tissues) are composed primarily of lipids whose oxidation can only be neutralized by lipid-loving antioxidants [1]. With a few exceptions (e.g., vitamin E, vitamin A), the antioxidants supplied from fruits, vegetables, and grains are primarily water-soluble. Where are the fat-soluble antioxidants hiding?

Milk rarely makes the list of top ten superfoods, and yet milk fat provides one of the most potent fat-soluble antioxidants, conjugated linoleic acid (CLA). CLA is a naturally occurring trans fatty acid found only in the meat and milk of ruminants (bacteria in the gut of ruminants convert polyunsaturated fatty acids from green forage into CLA by adding hydrogen atoms). Although industrially produced trans fats are associated with poor health outcomes (e.g., increased cholesterol and heart disease), natural trans fat like CLA have several demonstrated health benefits, including those from their antioxidant activity. For example, both in vitro and in vivo animal model studies demonstrate a direct effect of CLA on rates of lipid peroxidation and free radical scavenging in cell membranes [1].

The anti-carcinogenic and anti-inflammatory effects associated with CLA are given a boost from other antioxidants in the milk fat globule, including vitamin A, vitamin E (as the compound α-tocopherol), and coenzyme Q10 [1]. Vitamin A protects against DNA oxidation, which is implicated in the development and progression of cancer [1]. Vitamin E levels in milk fat are low, but α-tocopherol is the most active antioxidant form of this vitamin. In milk, α-tocopherol is believed to limit oxidation in cell membranes through free radical scavenging [1]. Coenzyme Q10 is also protective of cell membranes, as well as the membranes of the cell’s mitochondria (which are directly affected by cellular respiration). In addition, coenzyme Q10 enhances the mechanisms by which vitamin E limits lipid peroxidation in cell membranes [1].

Milk may not be the best source for vitamins A and E, or coenzyme Q10, but the delivery of these nutrients alongside CLA allows for synergistic mechanisms that are unique to milk fat. And the synergy does not stop there; fat-soluble antioxidants extend their collaborative behavior to milk’s water-soluble antioxidants—what Grażyna et al. refer to as an antioxidant network [1]. In this sense, milk’s antioxidants are more effective than the sum of their parts.

Even without the lipid-bound antioxidants and their synergistic activities, milk could still earn superfood status from its unique proteins. Both whey and casein milk proteins contain fractions—either individual amino acids or short chains of them called peptides—with antioxidant behavior [2,3]. The bioactive peptides that are contained in milk proteins are known to be highly active free radical scavengers, but to unlock these properties, digestive enzymes in the gastrointestinal (GI) tract must break down the proteins [2]. Researchers refer to these hidden antioxidants as “encrypted” within the protein structure, which gives them more cachet, don’t you think?

In their in vitro simulation of milk protein digestion, Tagliazucchi et al. [2] found that many of milk’s bioactive peptides demonstrated protective effects specifically toward tissues along the GI tract. They describe milk proteins as “carriers” for these gut-specific antioxidant compounds, and propose that they may be critical in reducing oxidative damage to the intestines [2]. This activity has potential applicability to the onset of inflammatory diseases of the GI tract and GI cancers that may result from free radicals supplied from the diet (e.g., fried foods and alcohol) and from metabolic activities of the intestines.

With such a long list of ingredients with antioxidant properties, many of which are unique to milk, the oft-used term superfood seems to come up short for milk. It may not be as trendy as açaí berries or kale, but milk is certainly a candidate for the ultimate superfood.