Training Your Body to Digest Lactose 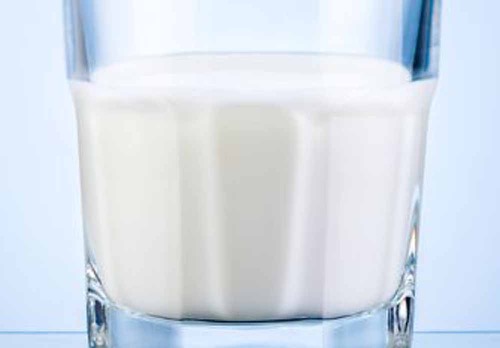 The common understanding of the inability to properly digest lactose is that it’s all about genetics: either a particular gene in cells lining your upper intestine—which enables everyone to digest lactose as an infant—becomes inactive as you grow up, or it doesn’t. But the truth is less cut and dry. In fact, there is some recent and gathering evidence to suggest that those who suffer the symptoms of lactose intolerance could be better off by frequently consuming small quantities of the sugar that bothers them.

Theoretically, there should be more than one way of making lactose-intolerant people more lactose-tolerant. One option would be to induce production of lactase, the enzyme that digests lactose, in the cells where it has ceased. But this does not appear to be possible in humans (yet). Instead, the method that Andrew Szilagyi, a gastroenterologist at McGill University, in Quebec, Canada, described in a recent paper [1] involves meddling with the composition of bacteria in the latter stages of the gut.

Szilagyi’s suggestion is simple. Most lactose-intolerant folk avoid dairy, and therefore have somewhat different populations of gut bacteria to lactose-tolerant people. Thus, he thinks that if the lactose-intolerant were to regularly consume small quantities of the sugar that causes them problems, they could gradually improve their tolerance to it over time. This would alter the composition of the bacteria in their guts, such that it more closely resembles that of lactose-tolerant people.

While this sounds plausible, it is worth noting that the mechanistic details of why it might work are poorly understood. Although it has been established that habitual dairy consumption alters colonic bacteria [2], the details of the changes in species composition and the consequential shifts in the extent of lactose breakdown in different parts of the gut are not thoroughly elucidated.

Nonetheless, the supporting data for this approach is convincing, if limited in its volume. For example, back in 1996, 20 people, with various ethic backgrounds, and who were all poor at digesting lactose, were randomly assigned to take either a small dose of lactose or one of dextrose, a different sugar, for 10 days [3]. After that initial stage, the 20 participants then switched to the sugar they had not yet taken for an additional 10 days. None of them knew which sugar they were taking at any time.

The trial was run by Steven Hertzler, who now works at Abbott Nutrition, and Dennis Savaiano, who is based at Purdue University, in West Lafayette, Indiana. After completing each of the two 10-day courses, the lactose tolerance of each individual in the trial was tested by giving them a large dose of lactose and recording their subsequent flatulence, diarrhea, abdominal pain—and, more formally, their hourly performance on a hydrogen breath test over eight hours. Encouraging, the course of small lactose doses did improve tolerance: after the 10-day course of lactose, the lactose challenge produced much less hydrogen in the breath compared to after the 10-day course of dextrose. Similarly, ‘hourly rectal gas passages’ and ‘severity’ of flatulence (rated on a five-point scale) were much lower.

Elsewhere in the academic literature there’s the anecdotal case of a 32-year-old man from Sicily who had a perfectly normal score on the hydrogen test before he gave up all forms of dairy for three weeks. When he retook the test, after that period, he showed much higher levels of hydrogen in his breath [4]. As with the 20 volunteers, the suggestion is that the change was caused by a shift in the populations of bacterial species in his gut.

Animal studies back up this interpretation. Recent data from studies in pigs [5] and rats [6] link the feeding of lactose to shifts in the animals’ gut bacteria. In rats, for example, metabolic shifts in the bacteria in the part of the gut from which lactose-intolerance symptoms are known to emerge, have been detected as quickly as five hours after lactose consumption. In other words, each meal they eat is shaping the microflora in their innards.

There is the question of how unpleasant the process of becoming more lactose tolerant is likely to be. There, the good news is that it might not be unpleasant at all. The US National Institutes of Health has concluded that most lactase non-persistent people can handle 12g of lactose without noticing symptoms. And the hydrogen breath test does not turn positive until 6g has been consumed. Szilagyi therefore suggests ‘training’ with 5g of lactose per day, based on studies of similar training exercises with another sugar, oligofructose. To put that into perspective, there are 5g of lactose in 100ml, or about a half cup of milk.

Szilagyi also argues that there would be broader health benefits to training, aside from a reduction in the symptoms of lactose intolerance. If people who otherwise don’t consume dairy are newly able to eat it, their risks of developing many diseases should decrease. For example, the odds of getting many cancers decrease, among them colorectal, stomach, breast, and pancreatic cancers [1]. Dairy consumers are also at lower risk of developing Crohn’s disease. Counter-intuitively, a bit less than half a glass of milk a day may be just what the lactose intolerant need.

1. Szilagyi, A. 2015. Adaptation to Lactose in Lactase Non Persistent People: Effects on Intolerance and the Relationship Between Dairy Food Consumption and Evaluation of Diseases. Nutrients 7, 6751-6779.