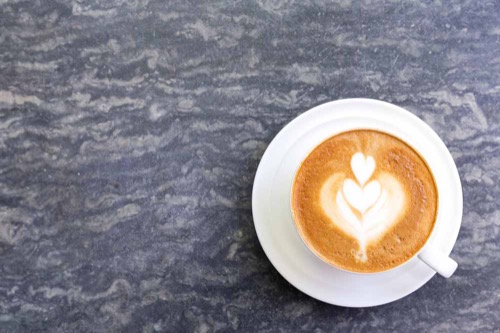 Diabetes is a major cause and death and morbidity around the world. The International Diabetes Federation estimates that about 9% of the global adult population has the type 2 form of the disease. Understanding dietary contributions to risk is therefore hugely important for global public health. Although genetic risk factors for type 2 diabetes do exist, the sheer rapidity of the rise in disease incidence over recent decades suggests that genetics is a minor part of the story. In a recent issue of the American Journal of Clinical Nutrition, three papers contribute further knowledge to the field [1]. They all describe prospective studies that followed one or several large cohorts of adults and noted how much dairy they consumed. Overall, these studies confirm that consuming dairy does not raise diabetes risk, nor the risk of other cardiovascular diseases, and if anything, that it may be protective.

The first paper looks at mortality. Valaria Pala and her colleagues from across various institutions in Italy describe how they analyzed dietary and health data from 45,000 Italians living in the cities of Varese and Turin in the north, from Florence in the center of the country, and Naples and Ragusa in the south [2]. These people enrolled in the mid-1990s as participants in a Europe-wide project known as EPIC, for European Prospective Investigation into Cancer and Nutrition. Almost 15 years later, more than 2,400 of the participants had died, mostly from cancer, but also—in 19% of cases—from cardiovascular disease. Statistically removing the contributions of other risks of death, such as age, sex (because in the West men die younger than women), smoking and body mass index, Pala and her team calculated how the diets of those who died during the 15-year period differed from those who did not—and specifically, whether their dairy consumption was unusual in any way.

cause they report that incorporating dairy in the diet reduces the likelihood of death, yet they also suggest that daily doses of milk corresponding to a typical Italian breakfast is enough to reap this benefit. According to the Italian EPIC data, consuming an amount of milk in the range of a macchiato (50 g of milk per day), to a cup of cappuccino (160 g/day), to a latte (160–200 g/day), is associated with a lower risk of mortality compared with no dairy. But beyond this amount, the protective effect of milk does not increase any more. The authors suggest that this may be because milk has components like calcium, vitamin D, and conjugated linoleic acid, which protect against cancer or cardiovascular disease, as well as components like saturated fat that raise the risk of major causes of mortality. The health-promoting components of milk may be available in sufficient quantity to confer their effects in a single cup of milky coffee per day, and consuming more of them does not do much to reduce the risk of death further. Meanwhile, the saturated fat may contribute to the risk of mortality, and the rate of increase to the health risk does not abate with the amount swallowed.

The other two papers bring together three cohort studies in the United States. They both focus on how dairy affects the risk of developing type 2 diabetes, and they consider making changes to the diet.

Andres Ardisson Korat and his team of Boston-based medical and statistical experts considered different sources of energy in the diet [3]. They wanted to know whether replacing energy consumed in the form of dairy fat with the same number of calories from meat fat, refined carbohydrates, and whole-grain carbohydrates confers different probabilities of developing type 2 diabetes. To find out, they brought together over four million person-years of data from three large, long-running, prospective studies of medical professionals. These studies were similar in the sense that they all collected lifestyle information and medical history via detailed questionnaires at their outsets, which were updated every two years. Presumably because the participants were medical professionals, the dropout rate across the three studies was exceptionally low—it was less than 10%.

The third paper used data from the same three large cohorts as the second, and some of the authors were involved in both papers. But instead of analyzing different kinds of energy sources in the diet, Jean-Philippe Drouin-Chartier and his colleagues looked at the ways in which the medical professionals enrolled in those cohort studies had actually changed their diets over time [5]. Their results propose some clear public health messages. For example, they found that people who had increased their yogurt consumption over the years lowered their diabetes risk, and that substituting cheese with yogurt or reduced-fat milk led to a lesser chance of developing the disease. However, they also found a few quirks in the data. For some reason—which may not stand up to the scrutiny of further research—ice cream got a good report. Decreasing ice-cream consumption appeared to increase the risk of diabetes. However, there is a chance that this pattern might be the result of reverse causation—of mainly people at higher risk of diabetes deciding that they should really not be eating so much ice cream, and so cutting back.

These three papers are far from the final word on the link between dairy consumption and the risk of diabetes and mortality. But they do bring together vast amounts of data, and perhaps the best sources of data that are currently available. The large cohort studies evaluated all relied on people very occasionally filling in questionnaires about their dietary habits, as best they could recall them. One can only imagine how, in the future, as information from mobile apps that collect dietary intake data, and more detailed genetic information about risk profiles are brought together, medicine’s grasp on the link between dairy and diabetes risk will improve by leaps and bounds.