The new frontier of milk quality and nutrition 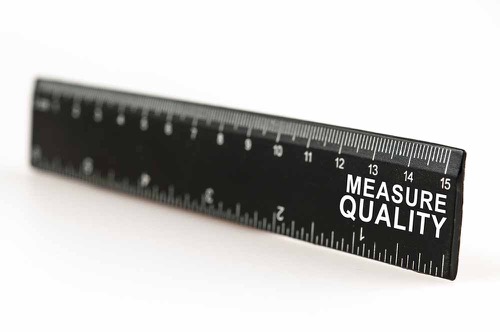 If you wandered onto a set filled with cameras, spectrometers, and detectors that enable scientists to see fragments otherwise invisible, you may believe it’s a set for an episode of Crime Scene Investigation! In reality, this is the scene of the new frontier of milk analysis.

Because of the importance of milk in both the human diet and the global economy, more and more technology is being used to improve the quality and health attributes of milk. Additionally, technology is used to track what goes into milk in order to satisfy inquiring customers and regulatory agencies, which are becoming more stringent in their standards for food characterization at the molecular level.

Due to the complexity of milk as a matrix, there is no single analytical technique available today capable of completing all aspects of milk analysis. Rather, a combination of old and new tools is being used.

Among them, mass spectrometry, a technique used to identity molecules by measuring their exact mass, has already been widely applied to milk composition analysis. Mass spectrometry was crucial in the past few years for the discovery of new bioactive peptides and glycoproteins in bovine milk; these are now available as commercial products with a variety of added benefits (from lowering your blood pressure, to lowering your cholesterol, to improving your ability to fight bad bacteria).

Additionally, unlike traditional milk quality controls that are unable to detect individual proteins and can be fooled by the addition of exogenous organic molecules, mass spectrometry is capable of unambiguously achieving identification of all milk proteins in a sample. Because of this, mass spectrometry can now be used to detect the presence of undesirable contaminants (e.g., melamine).

The combination of chromatographic techniques, such as the high performance liquid chromatography (HPLC) microchip with mass spectrometry, reduces the time of analysis and obtains even more information by acting as a “filter,” separating molecules before they reach the detector. This technology has gained a lot of attention. It can provide answers to really complicated questions and expand our knowledge about milk by revealing new glycosylated peptides and molecules with identical composition but different structures, and therefore different biological activities.

A recent review published in the Journal of Chromatography A detailed the astonishing increase in the number of papers, over 300 per year, that utilize HPLC-Mass spectrometry for food analysis. A 50-fold increase since 1991 marks it as the fastest growing application for food analysis [1].

Effect of diet on milk quality

Although we have the ability to measure levels of nutrients in milk, how do the nutrients get there in the first place? This happens via the diet, thus it is important to keep in mind that milk’s nutrient quality and health properties are strictly related what an animal eats. This piece of information comes, surprisingly, from a recent symposium held in Washington D.C. [2]. Why surprisingly? Because this was not a dairy conference, but a symposium on human milk.

Even though breastfeeding is regarded as the “gold” for nutritional standards (and has been for the past 120 million years!), there is still quite a great deal of research focused on determining the impact of maternal nutritional status on human milk quality and infant wellness. Even in resource-rich environments like the industrialized world, there still may be dietary factors that affect milk nutrient levels. If you pause to think about it, this fact is quite remarkable and should push us to investigate deeper the relationship between what we feed our cows and what is in the milk we drink every day.

Effect of genes on milk quality

With all of the precise tools capable of measuring a substance’s molecular make-up, like mass spectrometry, and also our unprecedented capability for sequencing genomes, can we not only answer questions about how diet affects nutrient levels in milk, but also relate the nutrients, and non-nutrients, to an animal’s genetic background?

A fresh approach to answering this question just appeared in a recent issue of Journal of the Science of Food and Agriculture [3]. Ramalho and colleagues describe the importance of preserving and valorizing autochthonous cow breeds to ensure genetic variability and biodiversity. Genetic variability and biodiversity are essential for food production in the future, but also as tools to achieve a new level of milk nutritional quality. For example, the Minhota breed in Portugal was traditionally used for milk production, but because of lower yields compared to the Holstein-Friesian breed, it was abandoned and is now experiencing a decline in the herd. In fact, a few years ago the European Union declared Minhota cows in danger of extinction! New policies focusing on milk quality may help some endangered autochthonous species like the Minhota to actually thrive instead of disappearing altogether from our planet.

Interestingly, the authors of this paper made a head-to-head comparison between the milk from the Minhota and Holstein-Friesian breeds on the matter of lipids profile and composition (not in relation to the yield since we already know that Holstein would win!). The “competition” was fair as all animals were raised in the same region and received analogous feeding.

Quite surprisingly, the Minhota had a healthier ratio of long-chain polyunsaturated fatty acids (the so-called PUFA), omega-3, and omega-6. The Holstein-Friesian milk contained a ratio of omega-3 to omega-6 that was disproportionately high in omega-6 (already typical of the Western countries’ diets). The milk from Minhota showed a more balanced ratio, approaching what is considered to be the ideal, healthy ratio. There is considerable evidence that greater intake of omega-3 polyunsaturated fatty acids is associated with a lower risk of stroke both in women and men. This healthier lipid profile, along with other features reported in the study, suggest Minhota’s milk may offer additional health advantages to its drinkers.

We have now reached a new frontier of milk analysis. This unprecedented ability to measure milk’s nutritional quality in such detail, combined with the ability to gain genomic information about the animals, will lead to the production of niche dairy products designed to enhance human health.