The Evolutionary Origins of Milk Letdown 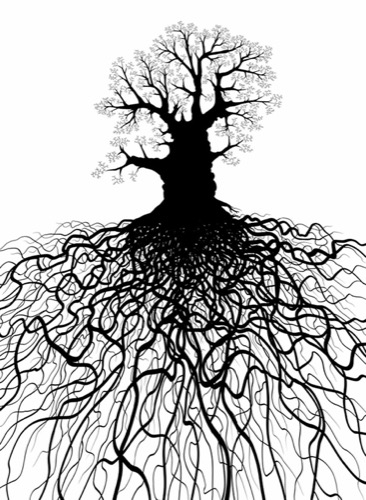 The production of milk by the mammary gland is a key adaptation of mammals. But simply producing the milk is not enough; that milk needs to get from the mammary gland to the nipple to be ingested by the infant. But how is this movement of milk accomplished? In eutherian (or placental) mammals, a branch of mammals that includes primates, whales, rodents, and bats, infant suckling stimulates the pituitary gland to release a hormone called oxytocin into the maternal circulation. Once oxytocin reaches the mammary gland, it causes smooth muscle cells around the gland to contract and release milk in a process known as milk letdown. Oxytocin also causes contractions in the eutherian mammal uterus, which permits successful childbirth. Its essential role in both lactation and pregnancy suggests that the evolution of eutherian mammals was dependent on the presence of the oxytocin hormone. We know that mammals evolved from reptiles – but where did oxytocin come from?

Embarking on a molecular excavation

When paleontologists want to reconstruct the evolutionary history of a species they turn to the fossil record. Fossilized remains of extinct species demonstrate how evolutionary processes modify existing anatomical features, resulting in new features with different functions. But whole organisms are not the only entities with evolutionary histories of interest. Molecular biologists investigating the origins of proteins, and the genes that code for them, follow a surprisingly similar process as paleontologists. To reconstruct the evolutionary origins of the oxytocin hormone, Yamashita and Kitano (2013) went digging into the genomes of species representing all of the major vertebrate classes (e.g., fish, birds, amphibians, mammals) in search of small chemical changes in the DNA code of the oxytocin gene that might represent an ancestor of this hormone. DNA consists of four letters (C, G, T, and A), each representing a nucleic acid (cytosine, guanine, thymine, and adenine). The genetic code is read in a series of three letter “words” (ACT or GGC, for example), each word coding for an amino acid, the building blocks of proteins. Just like small changes in the size and shape of bones influences the function of an appendage, changes in the order of amino acids for a particular protein, such as a hormone, can have major impacts on that protein’s function. Yamashita and Kitano’s molecular “excavations” identified numerous amino acid substitutions in the oxytocin genetic family tree, suggesting quite ancient roots for the hormone responsible for successful childbirth and lactation in humans and other eutherian mammals.

Yamashita and Kitano’s evolutionary approach utilized genetic data from several eutherian mammal species (including humans, chimpanzees, macaques, mice, and cows), as well as a marsupial (an opossum, a mammal with a pouch), monotreme (a platypus, an egg-laying mammal), bird, amphibian, fish, and even a lamprey, a jawless fish believed to have shared a last common ancestor with humans approximately 550 million years ago (mya). Not all of the species they surveyed have the oxytocin gene (OXT), but all except the lamprey have at least one gene that is similar in amino acid sequence to OXT as well as another hormone called arginine vasopressin (AVP). AVP is responsible for maintaining water in the body, constricting blood vessels, and, like OXT, may influence social behavior (Heinrichs and Domes, 2008). In humans, these hormones are located on opposite ends of chromosome 20. Their similarity in function, structure (i.e., amino acid sequence), and location suggest they also have a similar evolutionary history.

Yamashita and Kitano followed this lead and looked for the origins of OXT in hormones similar to AVP. Here is where the lamprey becomes critical to the story; unlike all of the jawed vertebrates, lampreys only have vasotocin (VT), a hormone related to AVP with similar antidiuretic effects. The researchers concluded that VT must be the common ancestor of AVP and OXT.

From sea to land

The next major branching event on the oxytocin family tree is estimated to have taken place approximately 400 mya with the appearance of mesotocin (MT). MT evolved from VT and is currently found in jawed fishes, amphibians, birds, reptiles, and most marsupials (Acher et al., 1995). Research in birds suggests MT may influence social behavior, including female flocking behavior (Goodson et al., 2009). In monotreme and marsupial mammals, MT plays a role in milk production. The sex-specific effects on social behavior and its role in lactation suggest that MT is closely related to OXT, and genetic data confirm that MT is structurally similar to OXT in noneutherian vertebrates.

The evolutionary origins of OXT appear more complicated than MT. This hormone is present in all eutherian mammals and also in sharks and platypus. There are two possible scenarios to explain its distribution. The first is that it originated just after the appearance of MT, approximately 400 mya, and then subsequently disappeared in bony fish, amphibians, birds, and marsupials. The second scenario has oxytocin possibly evolving more than one time. Independent evolution of this hormone in three separate lineages (eutherian mammals, sharks, and platypus) is an example of convergent evolution. Genetic data support the second scenario. Although it appears to be evolutionarily ancient, oxytocin in sharks and platypus are unique to these evolutionary lineages, arising separately from MT by a mutation that changed only one amino acid. Amazingly, the same amino acid change in the MT gene produced OXT in all three separate lineage at different points in time. Yamashita and Kitano estimate that the mutation that produced the eutherian OXT from MT occurred approximately 24 million years before the appearance of the first eutherian mammals in the fossil record.

Oxytocin: Where would eutherian mammals be without it?

The evolutionary history of oxytocin is an elegant example of how small changes in the DNA code over long periods of time can result in profound differences in the function of a protein. Yamashita and Kitano hypothesize that the ancestral hormone vasotocin was a neurotransmitter directed toward the central nervous system in jawless fishes. Oxytocin retains this ancient function, and numerous studies have demonstrated its influence on maternal (and paternal) behaviors and pair bonding in humans and other eutherian mammals. But small changes in amino acids in VT, and then MT, over nearly 400 million years of vertebrate evolution brought about new functional roles for oxytocin in milk letdown and uterine contractions. These functions of oxytocin are essential to the eutherian mammalian niche but are not physiological features that appear in the fossil record. Through molecular excavations, their origins can be traced to nearly 24 million years before the appearance of eutherian mammals, leading Yamashita and Kitano to suggest the evolution of oxytocin was essential to the evolution of eutherian mammals.