The evidence around raw milk 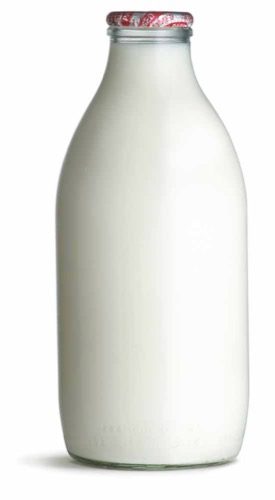 Is unpasteurized (or raw) cows’ milk good or bad for you? It’s a simple question with vociferous and opposite answers depending on who you ask. Agencies of the United States federal government, such as the Centers for Disease Control and Prevention (CDC), point to numbers that link consumption of the stuff to a heightened risk of tummy bugs and worse. Meanwhile, activists make pasteurization seem outright dangerous and raw milk sound like a wonder food. Is it?

The data suggest that raw milk can cause both trouble and advantage to a human body.

On the one hand (the bad one), milk comes from the end of the cow whence many unhealthy bacteria emanate, and pasteurization serves the purpose of killing those nasty germs. Hygienic milking practices should do away with many of those concerns, but they aren’t foolproof: of 4,413 illnesses in the US linked to dairy products between 1993 and 2006 (for which the pasteurization status was known), 60% were due to raw milk or raw cheese [ref. 1]. But, because maybe 1% of the milk consumed in the country is raw, the CDC reckons the risk of a glass of raw milk causing a disease outbreak is at least 150 times that of a glass of pasteurized milk. Moreover, disease outbreaks associated with raw milk were 13 times more likely to land people in the hospital. This is because some involved a particularly nefarious sort of bacterium called E. coli O157:H7, which can lead to kidney damage.

Heidi Kassenborg, of the Minnesota Department of Agriculture, says that raw milk consumption can also cause infection by campylobacter, salmonella, and listeria. She points to a website (realrawmilkfacts.org) with, “Really compelling videos of people who thought they were doing the right thing for their children when they bought raw milk, and are pretty sorry now because they have wound up with a child with a horrible disease.”

Now for some good news. To be sure, high heat treatment of milk reduces the odds of a bad belly, but does it also destroy complex proteins and other components that could bolster human health?

Apparently so. The best evidence comes from a large cross-sectional study that began in 2005 and followed school-aged children in rural areas of German-speaking Europe, specifically in Germany, Austria, and Switzerland. The study, called GABRIELA, was led by Erika von Mutius of the University Children’s Hospital in Munich, Germany, and involved more than 8,000 kids [ref. 2]. Some lived in quaint villages and typically drank supermarket milk. Others lived on farms and often drank raw milk. The researchers gathered samples of milk from family fridges across the Alps and gave them to their colleagues for blind testing of the fat content, whey proteins, and bacterial count. GABRIELA found substantive evidence that raw milk-consuming farm kids were much less likely to develop allergies including asthma and dermatitis during childhood.

The findings require some clarification in their details. GABRIELA found that kids drinking milk that had received high heat treatment, as usually happens when milk is boiled at home, were more likely to develop allergies than the kids who drank raw milk. But the results for children who drank minimally pasteurized milk – of the sort typically found in US supermarkets, but not necessarily in European ones – were not statistically significant, possibly because the sample size in the study was small. The results were also independent of whether the kids were involved in farming.

You can’t yodel with hay fever

The study reports that a category of components in raw milk affords much of this protection. Unlike the better-known casein proteins that compose about four-fifths of the protein content of cow’s milk, and which are hard to denature with heat, the activities of most whey proteins (making up about one-fifth) are substantially reduced by high heat treatment. Three whey proteins appear particularly important in stopping farm children from getting allergies: a-lactalbumin, b-lactoglobulin, and another called BSA. The more of these whey proteins found in the Alpine milk, the stronger its preventative properties for asthma.

The study did many things well: it monitored a huge cohort of kids, and it corrected for important confounding factors – for example, the tendency for children with more older siblings to have fewer allergies and for farming families to be bigger. It also double-checked the conclusions by considering farm kids who drank milk boiled at home. (The results were broadly the same as those for the village kids drinking industrially pasteurized milk.) But the researchers openly admit that their culture techniques may not have captured the full diversity of bacteria in milk and that a prospective study would have been better than a cross-sectional one.

“It’s also hard to disentangle the effects of the different whey proteins,” says Georg Loss, the first author on some of the GABRIELA papers. “It might be that just one [of the three implicated by the study] is really responsible and the others co-vary with it.”

The notion that growing up on a farm helps the immune system to develop properly gains credence from a group of rural folk on the other side on the Atlantic, the Amish, a religious sect living as their founders did in the 1850s. In the late 1980s, a physician called Mark Holbriech set up free allergy clinics for the Amish community, who lack health insurance, near his home in Indiana. But almost nobody came. And of those who did show up, allergy was rarely the underlying medical problem.

Holbriech contacted von Mutius after reading her studies on what has become known in the field as ‘the farm effect’. The two then embarked on research that revealed just how unruffled the immune systems of Amish children living essentially nineteenth century rural lifestyles really are. “If you go into a school in an urban environment today and do skin or blood testing for allergies, you’ll find that about 45-50% of the children will have some evidence of sensitization,” says Holbriech. “For the Swiss farm children [in the GABRIELA study], it was about half as likely: 24%. But among Amish it was 7%.”

So what is going on? Surely Amish children aren’t unknowingly drinking a special kind of raw milk, super-infused with whey proteins? Of course not. But they are doing many other things early in life aside from drinking raw milk that are probably lowering their odds of allergies even more. “Amish children are in the barns from a very early time in their lives. They don’t have cars, so they are around horses often,” says Holbriech. “The signals the immune system receives may just be more intense in them.” Indeed, GABRIELA picked out two other variables – spending time amongst cows and straw – that independently lowered the odds of developing asthma among European farm kids.

In search of mechansims

So is the farm effect largely a case of a much broader theory, known as ‘the hygiene hypothesis’, whereby early life exposure to general grubbiness lowers the odds of allergies later on? That may be relevant, but GABRIELA found no significant link between the total number of viable bacteria in milk and either asthma or general allergic sensitization (as measured by levels of the antibody, IgE). And the study’s implication of specific whey proteins suggests raw milk is actively priming the immune system in some helpful way.

How this priming might happen isn’t clear, though. The three whey proteins it highlights doesn’t strongly suggest one molecular mechanism over many possible others. The whey proteins could be directly affording protection somehow, or they might influence the gut microbiota of children in a way that predispositions them to developing a healthy immune response over time. “And then there’s this idea that maybe for each kind of allergic outcome you have different exposures that are relevant and different pathways,” says Loss. “Before the study, lactoferrin was a hot candidate because it has been shown to have some immunomodulatory effects. But, while it did show some reduced risk in GABRIELA, it wasn’t significant.”

Another large cohort study, called PASTURE, by the same group probes the underlying causal relationships a little deeper [ref. 3]. It points a finger at the innate immune system (which, in turn and unlike GABRIELA, suggests that exposure to diverse germs is important).

PASTURE measured the gene expression of a list of receptors of the innate immune system on the day each baby was born (by sampling umbilical cord blood) and at one year of age (using samples of the babe’s own systemic blood). The researchers homed in on this period of life because it is when the innate immune system is known to develop most rapidly and differentially. About half of the babies were born to women who lived and worked on a farm with livestock, and about half to women living nearby and didn’t farm.

The blood mRNA showed that neonates of farmers had greater expression levels of innate immune system receptors in general, and notably more for two receptors called Toll-like receptors 7 (TLR7) and 8 (TLR8). Then, after drinking raw milk during much of their first year of life, the farm-bred infants expressed more TLR4, TLR5, and TLR6 receptors. Again, this finding was independent of living on a farm. And once again, babies who drank farm milk boiled at home showed no changes in the expression of these receptor genes compared to babies who drank the supermarket milk in the study.

So what is going on? Specifically, it’s hard to say. But immune pathways that are regulated by Toll-like receptors are understood to be important in boosting other regulatory pathways that inhibit allergic responses.

Of course, there are likely to be many mechanisms acting in concert. And GABRIELA didn’t consider all of the molecules that might be important [ref. 4], such vitamin A, a metabolite of which is required for the proper development of immune cells called Treg cells. Other work suggests the bovine cytokine IL-10, which is found in cows’ milk, changes the activity of human monocytes and dendritic cells [ref 5].

Is raw milk good or bad for you? It’s clear that it can be harmful when contaminated. And there is strong evidence that it benefits young children, but almost no information of substance about adults. To answer the question fully, the world needs studies testing whether large numbers of grown-ups suffering from asthma, hay fever, and similar medical problems see their allergies dampen down after drinking raw milk for a prolonged period. Until that day, the question is still open.

DISCLAIMER: The contents of all articles published as part of “SPLASH! milk science update” do not necessarily represent the views of the California Dairy Research Foundation or any other sponsors of the International Milk Genomics Consortium.

CLARIFICATION: Since its original publication, this article has been updated with the addition of an editor’s note (below) and a paragraph (the 7th) that points out differences in the extent to which supermarket milk is typically heat treated, and explains the statistical results in the Gabriela study. Also, the phrase “most whey proteins… don’t survive pasteurization”, has been more precisely restated as “activities of most whey proteins… are substantially reduced by high heat treatment”.

EDITOR’S NOTE: While there is now some evidence that uncontaminated raw milk may protect young children from developing allergies and asthma, is that benefit worth the risks?  More studies are needed to determine the benefits of raw milk consumption and how those benefits can be retained with milk processing techniques that minimize pathogen risk. Until more is known, the researchers interviewed for this article do not recommend the consumption of raw milk.