The Epigenetics of Milk-Making: Why a Few Atoms Matter 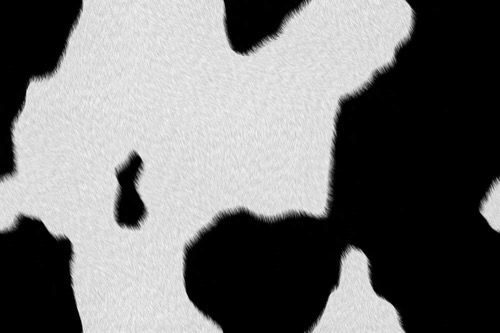 Last month in SPLASH!, we learned that early life conditions can influence a cow’s future milk production (see Katie Hinde’s article). But how does this happen? Why does the amount of energy available to a female fetus or calf influence how much milk her mammary gland produces later in life?

As if modern genetics was not complicated enough, epigenetics, and now epigenomics, has emerged as a field in its own right; but what is epigenetics exactly and how does it have an effect? From a mechanistic point of view, epigenetics refers to chemical changes that occur to DNA that modify the usual way in which a region around a gene operates. But what about the functional consequences of these changes?

The most amazing concept in epigenetics is that the chemical changes that occur around DNA may be passed on to the next generation (1). We have known about some of these changes for decades. For example, imprinted gene modifications, meaning genes whose expression is controlled exclusively by the parent that contributed that copy of the gene, are produced in offspring. (PEG is an example of an imprinted gene that may influence lactation performance (2).) Exposure to a range of events, particularly during early life, can also lead to these chemical modifications (3). They can even result from physiologically traumatic events in adults. In addition, the same mechanisms that can cause epigenetic changes when an organism is under duress may be utilized under normal circumstances where tissues are changing and growing. The mammary gland is unique in this respect, with its natural cycle of growth and regression during pregnancy and lactation.

What are these chemical modifications?

DNA is packed into the nucleus of every cell (except mammalian red blood cells). The packaging requires complex mixes of proteins, sugars, and some small biological chemicals. There are two molecular complexes especially important for understanding DNA packaging and epigenetics: histones and methyl groups. Histones are proteins around which DNA coils for storage until it is needed. And for DNA to be maintained in that tightly packaged state, methyl groups must be attached to the histones. Methyl groups are small groups of atoms that consist of one carbon atom and three hydrogen atoms (methyl groups are what give methane its name). If information within DNA needs to be accessed, for DNA replication during cell division, for example, the methyl groups must be removed from the histones to allow uncoiling of the DNA.

DNA that does not unpack and consequently makes its control sites inaccessible prevents the activation of genes in that region. The epigenetic changes may therefore influence a wide range of functions by affecting the level at which a gene is turned off or on. The chemical changes mean that when the DNA is called upon to produce proteins, it may result in much less protein production, or perhaps protein synthesis is shutdown all together. Clearly this has downstream consequences by affecting the function(s) that the protein is responsible for driving. This could be a change in the way in which a mammary gland develops, or how an animal grows, or even its health over an entire lifetime.

So how can this affect lactation and milk?

The mammary gland develops under hormonal influences at puberty and then undergoes major developmental changes again during pregnancy to become a fully functional secretory gland capable of producing milk packed with highly nutritious components. The primary solid components that give milk its nutritious value are proteins, lipids, and carbohydrates. The production of each of these depends on gene activation in the mammary tissue. So, anything that affects gene activation can influence the production of milk components.

Epigenetic changes switching milk genes on and off

A recent study by Monique Rinjkels and her colleagues (4) used mice as a model system to understand these epigenetic changes in the mammary gland. The study utilised the most advanced methods for detecting epigenetic marks on DNA. They focused on the major milk protein genes and found that when they tracked the chemical signatures over time, a dynamic process existed. First, there were changes that occurred at puberty that prepared the DNA close to the milk protein genes for future action. During pregnancy further changes occurred so that regions in the DNA that switch on the milk protein genes opened up. Then, with the onset of lactation, these genes were primed to respond to the signals that turned them on, which are mostly generated by hormones. When lactation ceases, the mammary gland undergoes involution and the patterns of epigenetic marks resets.

These results tells us that there are multiple levels of control influencing mammary gland development and milk production in many species, including dairy cows (5). The interesting aspect of the epigenetic impact is that how the cow’s mother was managed during her pregnancy and the nutritional state of the cow as a heifer may affect the cow’s epigenetics. Conscientious farmers will be paying ever-increasing attention to these details in the future.

1. American Association for the Advancement of Science. Epigenetics: A web tour. (2001) http://www.sciencemag.org/site/feature/plus/sfg/resources/res_epigenetics.xhtml.