The Breast Milk Products of the Future 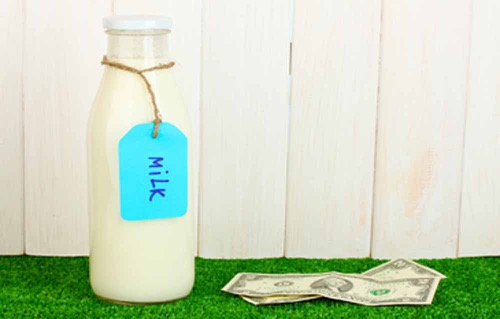 For several years now, as work on the health benefits of the constituents of breast milk has progressed, researchers have wondered whether their findings might benefit infants in ways other than encouraging moms and NICUs to feed them breast milk. In short, scientists have imagined that breast milk’s oligosaccharides, unusual and complex proteins and so on, could be bottled in some way, and provided quasi-medicinally to infants with particular needs, and perhaps even to sick adults. Science aside, the field has always been held back by a shortage of available human milk. But, with the Internet acting as an aggregator of many small-scale suppliers (mothers), a new world of breast milk-based products is beginning to open up.

This new world will have to grapple with a number of questions: Who should be able to access the products? To whom will they be prohibitively expensive? How practically useful will they be in different settings? And in the process of making them practically useful—for example, in removing the need for refrigeration—will the active components that give breast milk its celebrated goodness lose some or all of their biological activity?

At present, there are a few companies working on human oligosaccharide products, which are still a little way off. There are companies doing nothing more complicated than trying to ramp up the more traditional non-profit milk bank model. Their aim is to increase supply by paying mothers for their effort, and getting properly sterilized or pasteurized milk to other mothers who seek it at reasonably low cost. In between, are the companies adapting milk in some way; they are producing shelf-stable liquid breast milk, or freeze-dried breast milk, both of which are intended to last many months. One has developed a specialized ‘human milk cream’, fortified specifically for very young infants.

In the ‘nothing more complicated’ category, the International Milk Bank aims to be a bulk supplier of standard breast milk, properly treated to rid of any germs and screened to guard against traces of illicit drugs or alcohol. In this sense it will compete more directly with non-profit banks, such as the 18 banks that compose HMBANA (Human Milk Banking Association of North America). Run out of Reno, Nevada, by Glenn Snow, the International Milk Bank intends to start selling sterilized breast milk to hospitals and to individuals in the United States by next year, and then to the rest of the world. Snow’s aim is clear; he wants to “end the shortage”, as he puts it, with safety as a top priority.

It is hard to judge this model until it really gets going. When it enters the market, it will meet Medolac, based in Lake Oswego, Oregon, which makes shelf-stable milk and has been distributing to hospitals since last October. Medolac also sells to parents at home. Shelf-stable milk doesn’t need to be refrigerated until it is opened, and thereafter lasts for about a week. Medolac has tested the macronutrient retention of its product at seven months, and found it to be no different to the product that emerges straight after processing. But the idea is for it to be stored at room temperature for up to three years. “I wanted to create a product that was as easy to use in the hospital as infant formula,” explains Elena Medo, Medolac’s CEO.

Mammalia Breast Milk, another for-profit venture, has a similar philosophy of making breast milk last like infant formula does, and expanding distribution. It hopes to start shipping freeze-dried breast milk around late summer or early fall of this year. Rachel Ellen, the company’s founder, explains that the main benefit of freeze-drying is that viruses and bacteria are unable to grow during storage. “Unlike milk banks that only dispense breast milk by prescription; we want to make breast milk accessible to anyone who wants it. We understand that breast milk has a unique combination of nutrients essential to a child’s health, and cannot be duplicated by laboratory formula.” Ellen is careful to point out that she has no wish for freeze-dried breast milk to replace the real thing where a mom is able to feed her infant.

The big question, however, is the extent to which different kinds of processing and storage actually preserve the biological activity of breast milk’s most important components. A full answer to this question cannot yet be provided. Freeze drying does significantly lower ascorbic acid and vitamin C levels, and the milk’s antioxidant capacity is slightly decreased, says Ellen, although fatty acid composition is unaffected. Medolac has sent its product to Lars Bode at the University of California, San Diego, to evaluate the oligosaccharide component. Medo says that Bode compared the product to milk donated to a milk bank in San José, and found high levels and a broad range of oligosaccharides in the Medolac milk, despite its processing. Proteins present a tougher challenge, though. Growth factors, for example, have been measured and found to retain some of their original activity in shelf-stable milk—between 18% and 48%, according to Medo. She complains that the rest of the industry is shy of providing samples for a “head-to-head” analysis. “Our goal is to have a continuous improvement program,” she says.

Soon, Medolac is going to bring out a new fortified milk product, which will compete with a very expensive ‘human milk cream’ sold by her former company, Prolacta. Medolac cannot say much about the product at this stage, but if it performs well and costs less than the $180 per ounce that Prolacta charges, it is likely to be well received. Milk fortified with human milk components (as opposed to cows milk components, in the most similar existing products), is intended to treat young infants in NICUs. Although a study showed that premature babies fed Prolacta’s ‘human milk cream’ gained weight and length more quickly than those on a typical preemie diet [1], some hospitals report being unable to afford the product [2].

For all the very reasonable questions about affordability and moral quibbles around commoditizing human milk, breast milk-based products have a real potential to improve the health of infants who currently rely on formula. While infant formulas have improved over time, they can only add ingredients as science shows them to be important, and as such will logically always lag behind the real thing. As more research is done into the existing products, and as new ones appear on the market, the challenge will be to maintain biological functions in convenient formulations that hospitals, health insurers and parents can afford.