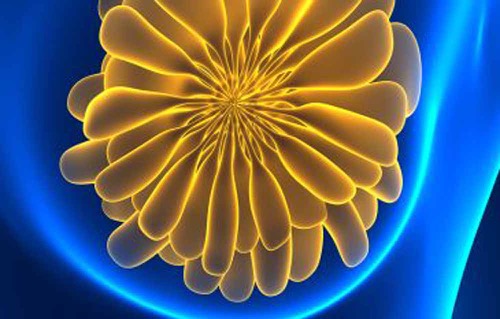 Any dairy farmer or lactation consultant knows that first-time mothers don’t produce as much milk. The peak daily production for a first calf heifer may be around 70 lbs of milk while the same animal on its second lactation can produce 90 lbs of milk daily. Somehow the mammary gland seems to remember how to make milk and does a better job the second time. Why is that?

The mammary gland has an extraordinary capacity for change during pregnancy and lactation. A first-time pregnancy triggers the release of the hormones, progesterone and estrogen, and along with other hormones, like Growth Hormone and Insulin, results in development of new mammary gland cells to form ducts, alveoli, and the capacity to produce milk. Immediately following birth, there is another change to initiate secretion of the milk, largely driven by the hormone, prolactin [1]. Once the need for milk production ceases, the milk producing cells rapidly die, and the mammary gland undergoes remodeling. These changes have been documented at many levels, including the characterization of the physiology, and cell and molecular biology.

What is clear from many lactation biology studies is that the mammary gland behaves differently during the first pregnancy compared with subsequent pregnancies. This is observed mostly in the amount of mammary tissue that develops and the volume of milk produced. In a recent study, Camila dos Santos et al. [2] set out to investigate differences in the DNA of mammary tissue between the first and second pregnancy.

The scientists hypothesized that, during the first pregnancy, the DNA in the mammary cells changed. They used laboratory mice as their model system. They divided their mice into two groups; in one group they mated on two consecutive occasions and allowed the animals to proceed through pregnancy and lactation until pups were weaned and the mammary glands regressed. The second group had not been previously mated, or gone through pregnancy. They also added another group of mice that were treated with hormone pellets containing estrogen and progesterone to simulate what normally happens during pregnancy.

The initial experiments checked for the changes in the mammary gland tissue by observation using microscopes. The scientists found showed that there was a marked difference in the response to pregnancy hormones in both mated mice and those treated with hormones. Having established that their experimental system was ready, they set about characterizing the DNA. They were particularly interested in measuring the changes that cause a chemical modification of the DNA, called methylation. We know that changes in the amount of DNA methylation has an effect on the activity of genes, which means it influences how much protein is produced. The proteins from these genes include milk proteins, and other proteins that regulate milk production. Because methylation patterns can be altered during the lifetime of an animal, it is a way to evaluate epigenetic or environmental effects on the genome [3-5].

The scientists dissected the mammary glands from the mice at post-mortem and divided the cells into the different cell types that make up the milk producing tissue. This required the careful use of a number of specific antibodies with fluorescent probes attached to them. The antibodies only recognized the relevant cells, so they automatically sort into different test tubes using a machine known as a fluorescence activated cell sorter. This machine checks each cell, one by one, for the antibody marker and then sorts the cells into positive and negative groupings.

Once they had collected the cells of interest, they extracted the DNA for each cell type. The DNA was then sequenced using a special technique that picks up the methylated DNA. They found between 40,000 and 70,000 sites where the methylation patterns were different in mammary cell types compared to other unrelated cell types, such as brain cells. They then looked at these sites and compared mammary cells between mice that had not been pregnant and those that had. They found that many sites changed their patterns and also that methylation had been diminished in the mammary cells of mice that had been through two pregnancies. Most changes (more than 800), happened in the cells that are directly responsible for producing milk.

What were these epigenetic changes doing? When they investigated the DNA sequence around these sites, a significant number were found to be places for binding to factors that regulate gene activation. The most notable was a site that binds a protein called Stat5. Stat5 has an important role in turning on a number of genes during pregnancy and lactation [6-12]. The genes under its control are crucial during early pregnancy, the initial growth response of the mammary gland, and then again when milk production and secretion is turned on. So, there is a direct link between the changes in methylation patterns during pregnancy, and the capacity of Stat5 to do its job. Importantly, when the scientists measured the activity of the genes that were under Stat5 control, they found that the changes were permanent. This indicates that the mammary gland cells were primed and therefore more responsive to further pregnancies.

These modifications to the DNA of mammary gland cells have a tremendous effect. For laboratory mice, they allow for a much larger litter size supported by an improved capacity of the mammary gland to produce milk. For dairy cattle, milk production is markedly increased. For women, it can often mean that breast feeding is much easier to manage after the first child. Now the question becomes: can we use this information to address important issues around lactation [13]?