Tales from an often-ignored community 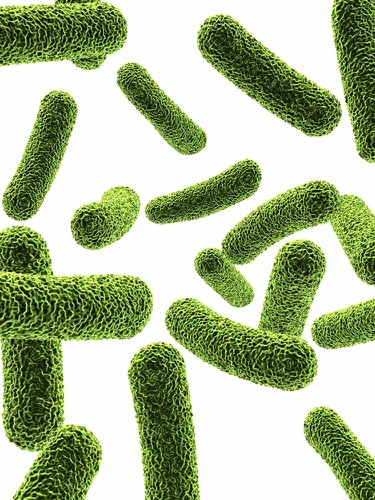 Breast milk contains bacteria; that much is known. Some studies (although not, alas, the Human Microbiome Project) have even characterized the bacterial community found in milk. But how does the composition of such a community vary among women? And how might it change over the course of lactation?

Raul Cabrera-Rubio, of the University of Valencia in Spain, and his colleagues have set about answering these two questions using the milk of 18 women, sampled within two days, at both one month and six months after they gave birth1. The study also looked at how mom’s weight and mode of delivery affected the bacteria. Therefore, half of the 18 women chosen for the study had cesarean deliveries and half had vaginal births.

The results were curious. Perhaps more expectedly, the researchers report that overweight moms have less diverse bacterial communities throughout lactation than moms of normal weight. In particular, larger mothers’ colostrums tend to be rich in Lactobacillus, and, later on, their milk has lots of Staphylococcus and less Bifidobacterium compared to the milk of moms with healthy body masses. Meals rich in staph and lower in bifs probably aren’t ideal for a baby.

But less expected, the important distinction between modes of delivery was not between vaginal births and cesareans in general. Instead, moms who gave birth naturally had milk bacterial communities similar to women who had non-elective cesareans. It was the elective cesareans that were the outliers. Moreover, these bacterial differences remained in the milk even six months after birth.

Why? Cabrera-Rubio and colleagues suggest physiological stress signals — hormones, basically — associated with labour may have a greater influence over microbial transmission from the mom’s body to her breast milk than the physical process of vaginal birth.

That is an intriguing idea, but one they put forward without many hypothetical details. (Although they do suggest the hormones may alter the mom’s gut permeability.) And, also, it’s an idea that is postulated with only a small sample size behind it. (Six moms in their study had elective cesareans, and three had non-elective cesareans.)

To find out if their findings are representative, researchers first need a better understanding of how microbes get into breast milk. Several ideas exist. Mom’s gut microbes might move around in her circulatory system, or in her lymphoid system. The hop from intestines to the mammary gland may be entirely passive, or could involve selection of certain taxa. Additionally, bacteria in an infant’s mouth might colonise the milk ducts over time.

Not enough is known about these possibilities. But the infant-oral route, at least, receives some backing from Cabrera-Rubio’s study. It finds that a mother’s breast milk produced six months after birth contains more of the typical inhabitants of an infant’s mouth than milk produced just one month after birth.

Now we know more of the story: bacterial communities in breast milk differ between women and by lactation stage. But how this happens and why it might be adaptive are still open questions.