Surprise: Cow’s Milk Sugars Are Rather Like Human Ones! 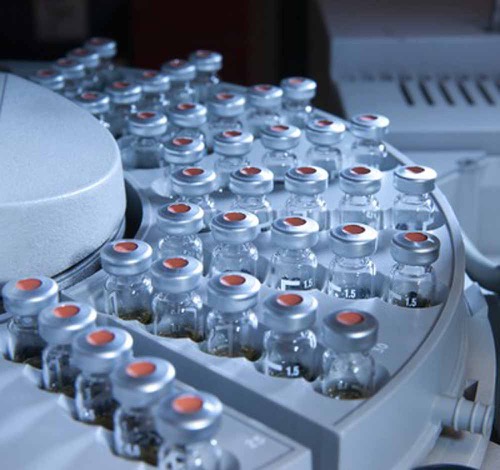 Pick up any textbook that runs through the sugars in milk, and you will read that human milk is unusual. It contains more oligosaccharides (medium-length sugars) than the milk of other mammals, and, in particular, most of its oligosaccharides have some subunits of fucose, a small sugar. Farmyard mammals, in contrast, do not make oligos out of fucose. At least, that was the conventional wisdom. But the distinction is now invalid.

Daniela Barile and her colleagues at the University of California, Davis, have diligently worked out the structures of all the oligosaccharides in cow’s milk. They have found eight different fucosylated ones. And their library of structures will henceforth help researchers to rapidly identify rare oligos in all sorts of dairy products.

Moreover, their full list of cow’s milk oligos has identified much greater ‘overlap’—shared chemical structures—in the oligos of human and cow’s milk than anyone thought likely. They report that about 40% of the human oligo structures, by mass, are present in both species’ milk. This finding suggests commercial consequences: specifically, that cow’s milk may be a useful source from which human-like oligos could be extracted in large quantities. The oligos could then be included in health-promoting products from infant formula to pills for immunocompromised cancer patients at risk of picking up germs in hospitals.

That cow’s milk has many oligos in common with human milk is good news for making novel products based on it. However, the team’s published research has so far only dealt with colostrum—the yellowy milk that appears in the first few days after birth. They have not yet analyzed mature cow’s milk, which has a slightly different composition. Among other differences, mature milk has fewer oligos than colostrum.

The most obvious potential source of oligos for pills or formula is whey, the waste product of cheese making. Whey is produced in enormous quantities: for every kilo of cheese produced, ten kilos of whey are left over, and in some countries with lax environmental regulations, the whey is dumped in rivers. This damages river ecosystems because as the lactose in whey ferments, it uses up a considerable amount of oxygen, pulling the dissolved gas from the water and out of reach of aquatic organisms that depend on it for life. In the United States, cheese makers pay a lot of money to dispose of whey without damaging the environment.

At the moment, Barile is working on another paper about the structures of the oligos found in whey. If they are similar to human oligos—as those in colostrum are—the potential to use whey oligos in nutritional supplements is more promising. Barile’s team has processed whey at all sorts of different temperatures and pressures in the hope of picking these data apart and making recommendations to industry about how to preserve the oligos. “With whey, you get different oligos depending on the process,” says Barile. “A lot of cheese makers may be destroying their oligos and they don’t know it.”

“We have this nice possibility to solve an environmental problem by getting rid of a waste product of industry, at the same time as creating something useful,” she adds.

An answer as to whether that really is possible should be available soon. For now, the composition of cow’s colostrum certainly indicates that it will be.