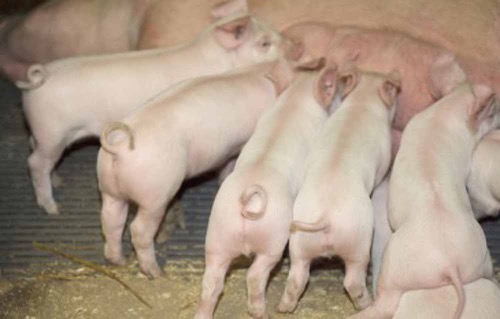 Hormones are not just for women! From babies to the elderly, both females and males have these chemical messengers circulating throughout their bodies. Astonishingly, milk contains hormones too.

Getting the message via milk

Hormones are like a group email or a Facebook message with many recipients. Just as a Facebook status may be received by only certain (“friended”) people, hormone messages are only received by tissues that have the right receptors. In this way, specialized glands secrete a hormone to convey the body’s “status,” and the “friended” tissues—those with the receptor—are updated. This is known as the endocrine system. “Endo” means ‘within’ our own bodies. But what about hormones we get from someone else… like from our mother through her milk? This system is clearly not endocrine… the hormones are coming from another body via her mammary glands during lactation. For this reason they are termed “lactocrine” and the numerous bioactives in milk, including proteins, peptides, and steroids, might be messages from mother to baby.

Professors Frank “Skip” Bartol at Auburn University, and Carole Bagnell at Rutgers have been tackling hormones in mother’s milk and the consequences in piglets for over a decade. They and their team have found an exquisite synchrony between hormones in mother’s milk and hormonal receptors in piglets that together affect piglet development, particularly in their reproductive tract. Their discoveries motivated them to coin the term “lactocrine programming” for hormonal signaling from the mother to the neonate through the milk the young ingests (1-5). Quoting Socrates, Skip reminds us, “to understand a thing you must first name it.” The name—lactocrine programming—implies both that the message comes from the lactating mammary gland, and that the message “programs” the infant’s development.

In piglets, reproductive tissues have a critical window of development in the first days after birth (6-7). Women, too, develop tissues to make future babies while they themselves are babies. These reproductive tissues—uterine glands, cervical tissue, and the endometrium—wait for a “start development” message. That message is conveyed by the hormone “relaxin.” Here’s the crazy part: relaxin is delivered by the mother via her milk. Piglets that are allowed to suckle have relaxin in their blood stream, but not piglets fed a milk-replacer (8-9). Relaxin activity in pig milk is highest in the first few days of lactation, and is similar to findings from dogs and humans (10). Experimental manipulations have shown that as little as one colostrum feeding in the first 12 hours after birth can make a difference. For example, just a single colostrum feeding bout in the first hours after birth allows for typical cervical cell proliferation and development—an important predictor of future litter size (11).

So far, these studies predicted long-term effects of milk relaxin but did not yet demonstrate them. That all changed last July, when Bartol and Bagnell, with Dr. Jeff Vallet at the USDA-ARS/RLH Meat Animal Research Center, revealed new evidence that early life-disruptions in access to mother’s milk had persistent effects well into adulthood. In a retrospective study of 381 gilts and over 1,500 litters produced by those gilts, they found that female pigs with limited access to maternal-origin hormones via milk as piglets had reduced litter size as adults (12). So, it is safe to conclude, at least in pigs, that the number of babies born in any generation was partly programmed by their grandmothers via milk hormones.

It’s not enough for a hormone like cortisol to be in milk. Somehow, the baby has to be able to receive the message by having the right receptor for that hormone. This November, Sharon Donovan and colleagues demonstrated how much of cortisol’s receptor—the glucocorticoid receptor—is in a human baby’s intestinal tract (13). The glucocorticoid receptor gene in the intestinal tract of breastfed babies had five times higher expression than in formula-fed babies. So, babies do indeed have a receptor for cortisol in their digestive tracts, and its presence is responsive to human milk.

Given that babies have the right receptor, the milk cortisol message must be pretty important. What is that message? This November, Hinde and colleagues published a large study in monkeys (N=108) revealing what monkey babies seemingly do with that message (14). Monkey mothers who had higher concentrations of cortisol in their milk had daughters who were more “nervous” and less “confident.” For sons, though, how much cortisol increased across time was correlated with being more “nervous” and less “confident.” Nervous was a temperament score that combined ratings by a trained observer on how “nervous, fearful, timid, NOT calm, and NOT confident” the infant was after a 25-hour assessment during peak lactation. Confidence was the temperament score combining “confident, bold, active, curious, playful” traits. Mothers who had produced more infants had higher available milk energy but lower cortisol, whereas younger “earlier reproductive career” mothers produced lower levels of available milk energy and higher cortisol. And most intriguingly, higher cortisol in milk was also associated with better infant growth. All of these findings suggest that cortisol in milk sends this message: play less and prioritize milk calories on growth.

Cortisol is not the only hormone in milk linked to infant growth. Also this November (seriously, so many amazing milk papers in November!), EA Quinn and colleagues reported leptin values in breast milk among women living in Cebu, Philippines (15). Leptin is a hormone made by fat cells. The leptin message influences appetite and body fat storage. Filipino women had some of the lowest reported concentrations of leptin in milk, probably because they were particularly lean with fewer fat cells to secrete leptin. Even in this lean population, leptin concentrations were correlated with maternal percent body fat. Up to a year of age, infants were bigger for their age if their mothers synthesized milk with lower leptin levels than the infants whose mothers produced higher concentrations of milk leptin… and if they were daughters. Milk leptin showed a much stronger association with daughter size than with the size of sons. This result echoes partly the findings in rhesus and rodents, insofar as there seem to be differential degrees of sensitivity or windows of sensitivity among developing males and females to maternal origin hormones.

When the milk stops

Sometimes the milk stops flowing too soon during a bout or across time. This can occur naturally as a consequence of mastitis, insufficient milk supply, or, in litter bearing species, competition for the teat among siblings. In humans, lactocrine disruption can occur as a result of cultural practices, medical conditions, or economic realities. Among some traditional peoples, cultural practices of colostrum avoidance and replacement are not uncommon (16). Depending on context, breastfeeding can be contraindicated if mothers have certain infectious diseases or are taking medication that affects milk production or has effects in infants (17). Lastly, in the U.S., the lack of paid maternity leave prevents many mothers from breastfeeding. Given how easily and often the milk stops flowing, it seems important to understand the implications of lactocrine disruption—the disruption of the delivery of breast milk hormones like relaxin, cortisol, and leptin.

Collectively, the studies demonstrate that mammalian young have physiology specific to using the hormonal signals from their mother’s milk to influence their daily functioning, and shape their development. But we still know relatively little about these pathways, and many more questions are generated. What does it mean when hormones are absent during lactocrine disruption, or when hormones are dialed to 11 with the “knob” broken off? We don’t know. Do we expect either of these to necessarily be catastrophic in typically developing mammalian young? No, we don’t, but it is possible that formula-fed infants are missing out, or that the human population is less resilient when adaptation to the current environment is missing. Perhaps disruptions in milk hormones influence animal science and dairy productivity as well. Subtle differences in individual fitness can manifest in lower production of young or milk that may cumulatively add up across an animal’s life or aggregated across a herd. It will certainly be worthwhile to find out.