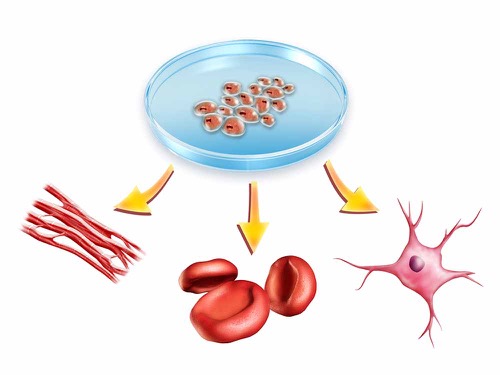 Sometimes science stuns. It unnervingly reminds us of how little we know but also how much it could change the future, and for the better. A recent publication [1] described how investigators isolated stem cells from adult mouse teeth and then transplanted these cells into mouse mammary fat tissue devoid of the highly specialized mammary epithelial cells that produce milk during late pregnancy and after birth. The stunning result was that mammary tissue was regenerated from the dental stem cells. Amazingly, the new mammary tissue contained cells that produced milk proteins during pregnancy and formed structures somewhat like mammary tissue ducts. The certainty of established scientific ideas about cell fate is now much more fluid.

The Grand Enigma: What Is a Stem Cell?

Scientists report that stem cells, ideally, have the unique ability to generate all the different types of highly specialized cells that characterize each organ, like muscle cells, nerve cells, connective tissue cells (e.g., skin, tendons, and bronchial tubes in lungs), and epithelial cells (e.g., the surface of the gastrointestinal tract, mammary tissue, and dental pulp) [2]. No other cell type in the body has this enigmatic capability. Stem cells do not have any tissue-specific structures that perform specialized functions, i.e., they are unspecialized cells. This disguise hides their remarkable abilities. Under the right conditions, stem cells can also replicate by cell division and renew their population [2]. Highly specialized cells cannot replicate, and once these cells are lost or damaged, they need to be replaced. That’s when stem cells come to the fore. Stem cells reside in most adult tissues but only in small numbers, and they are usually in a dormant state. When stem cells receive specific molecular and cellular signals from their surrounding tissue, they awaken and generate the highly specialized cells required by the tissue.

The biological functions of stem cells are to maintain the cellular composition of a tissue and regenerate a tissue when it is damaged or diseased, or when the tissue loses cells through normal tissue activities [2]. In the latter case, some highly regenerative tissues, like the gastrointestinal tract and mammary tissue during the lactation cycle, have large requirements for new highly specialized cells. Hence, they strongly rely on resident stem cells for tissue regeneration. When scientists artificially grow stem cells in the laboratory, the cells become immortal, unlike every day specialized cells whose demise is as certain as the tide and taxes after a fixed number of cell divisions. Thus, scientists think that stem cells may also teach them a lot about the mechanism of aging and also the birth of cancer cells [3].

Some highly specialized tissues, like teeth and mammary tissue, are considered by scientists as “appendages” with similar origins from the outer layer of cells in the very early embryo [1]. Thus, despite the enormous structural, functional, and anatomical differences of these mature tissues, they have a lot in common during their very early stages of development [1, 5, 6]. The similar early life developmental process involves embryonic stem cells; however, in later life, specific adult stem cells generate the highly specialized epithelial cells that characterize each tissue. The continually growing mouse incisor teeth contain adult stem cells that generate all the specialized cells required to support the growth of teeth [2]. However, scientists had not realized the potential of adult dental stem cells to regenerate unrelated tissues.

Stem cells have the potential to regenerate diseased or injured human tissues [2]. It’s a big promise for the future and with immense consequences. The most acclaimed example of the success of stem cell therapy is the medical treatment of blood cell disorders, typically cancer in children [2, 7]. Fifty years ago, the prospects for these children were dire. This outcome radically changed for the better when radiation or chemotherapy was used to kill the diseased blood cells and then bone marrow, containing adult stem cells, was transplanted into these individuals, which then regenerated normal blood cells [2, 7]. There are many other outstanding successes [2] but also challenges [2, 4, 8]. In many cases, it is still early days. Commercial stem cell therapies now abound for all manner of minor medical and cosmetic applications, however, the US Food and Drug Administration warns that some are unproven and unapproved [9]. “A soothsayer tells you to beware” (W. Shakespeare).

The investigators showed that adult dental stem cells transplanted into mammary fat pads regenerated new mammary tissue that produced milk proteins. This result demonstrated that adult stem cells can have more versatile cell fates than previously thought by scientists. The clinical implication from the investigator’s research is that adult stem cells from teeth could, in the future, be used to regenerate some diseased or injured tissues containing epithelial cells, especially mammary tissue. Perhaps in the future, everyone will have a personalized bank of stem cells stored in the freezer. They could become very handy. “All remedies oft in ourselves do lie” (W. Shakespeare).