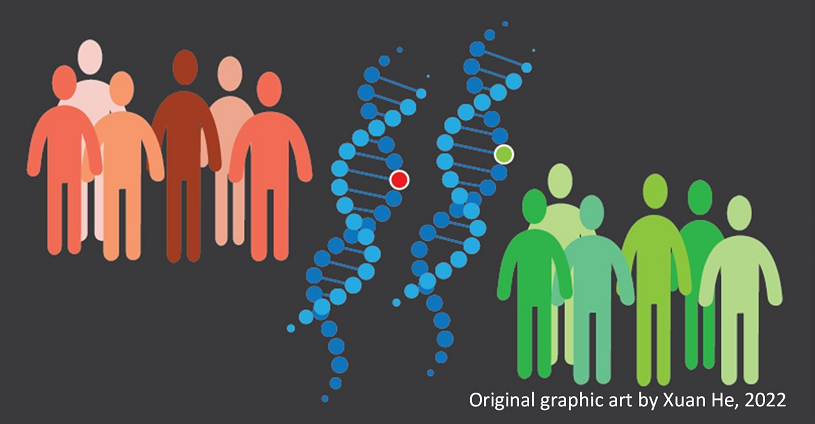 Human milk is loaded with complex sugars that babies can’t digest. Called human milk oligosaccharides (HMO), these indigestible sugars are one of the most abundant components of milk in humans. Rather than feeding the infant, up to 200 different types of HMO nourish helpful bacteria and protect against pathogens. But there is much that scientists still don’t understand about the oligosaccharides in human milk, says molecular geneticist Brenda Murdoch, an associate professor at the University of Idaho.

For a start, not all human milk is the same. Mothers differ substantially in how much of the different kinds of HMOs they produce, says Janet Williams, a senior research scientist at the University of Idaho who studies milk composition in both humans and cattle. Some of the factors that influence HMO concentrations in humans include season, lactation stage, and genetics. A better understanding of these factors could help untangle how the complex mix of HMOs affects the health of mother and baby.

In a study of 395 people across eight countries, Williams and her colleagues, in collaboration with Murdoch’s team, have performed the first genome-wide association study (GWAS) of milk oligosaccharides in humans, looking for gene variants that influence levels of 19 HMOs. The results confirm that the gene FUT2 plays a major role in HMO composition and has a complex evolutionary history [1].

The research is part of a broader study of milk that had previously shown HMO profiles differ among populations around the world [2]. Led by Courtney Meehan of Washington State University and Michelle McGuire of the University of Idaho, the INSPIRE study has explored milk composition, the milk microbiome, milk immune factors, and the infant fecal microbiome at 11 sites in Ethiopia, Gambia, Ghana, Kenya, Peru, Sweden, Spain, and the United States [2–8].

The new analysis explores genetic contributions to the wide variation in milk HMOs [1]. To find gene variants that affect HMO concentrations, the scientists analyzed the genome of each participant and profiled HMO composition in the participant’s milk sample. For each of the 1.7 million genome locations analyzed, the geneticists used statistical tests to look for particular gene variants that were associated with concentrations of each of the 19 HMOs measured.

The results confirmed that fucosyltransferase enzymes are central to HMO composition. Fucosyltransferases catalyze a key early step in formation of HMOs, adding a fucose component to the core oligosaccharide structure.

In this study, variants in FUT2 (which encodes ɑ-1,2-fucosyltransferase) were strongly associated with concentrations of seven HMOs [1]. This was not a surprise; FUT2 variants control a human trait known as “secretor” status that includes effects on HMOs. People with secretor status make milk rich in certain HMOs, whereas these HMOs are vanishingly scarce in the milk of non-secretor individuals. This is thought to be because the FUT2 gene variants of non-secretors don’t make functional ɑ-1,2-fucosyltransferase enzyme [9–11]. The new data support this idea, finding that mutations disrupting or inactivating the encoded enzyme have lower concentrations of particular HMOs.

The new study also revealed an inverse relationship in how FUT2 variants affect different HMOs. Several of the FUT2 variants were associated with higher levels of three types of HMOs but lower levels of four other HMOs. This observation suggests that a previously observed negative correlation among these groups of HMOs can be explained by genetic variation at FUT2 [2, 12].

Two other fucosyltransferase genes, FUT3 and FUT6, were associated with concentrations of a particular HMO. FUT3, which encodes ɑ-1-3/4-fucosyltransferase, is known for determining the Lewis blood type and influencing HMO composition [13].

Mutations that inactivate FUT2 are common in many human populations, and previous studies of FUT2 and FUT3 have found evidence for balancing selection in their evolutionary history [14–18]. Balancing selection occurs when evolutionary forces favor the maintenance of genetic variation at a gene. The most famous example of genetic diversity maintained by balancing selection is the mutation that causes sickle cell anemia. Inheriting this mutation from both parents causes sickle cell anemia, but inheriting a mutated copy from one parent and the non-mutated version from the other parent does not normally cause anemia symptoms and has the added bonus of providing protection against malaria. These opposing selective forces have maintained the disease-associated allele in areas where malaria is common [19].

The new study looked at patterns of genetic diversity and found evidence of balancing selection for FUT2 but not FUT3. This suggests that there is some evolutionary advantage to maintaining genetic diversity in FUT2. But what is that advantage? Like sickle cell anemia, the boost probably relates to disease—many studies have found secretor status is linked to increased susceptibility to some pathogens and increased resistance to others [20].

However, the story is further complicated by the fact that the same fucosyltransferases that make milk oligosaccharides are needed for making many other sugars important for health, including blood group antigens in the mucus layer of the gut lining and respiratory system. There is even a link between FUT2 and FUT6 gene variants and blood plasma vitamin B12 status [21]. A selective advantage of the FUT2 mutation could relate to any of these biological roles or to some combination.

There is much more to learn about genetic variation in HMOs, the researchers say. For example, although there was not much evidence for genetic influences on HMOs outside of fucosyltransferases, Williams points out that even when you discount the major effects of FUT2 by considering just secretors (or just non-secretors), HMO profiles still vary a lot among women—so there may well be more genetic factors to find.

Additional genes might be linked to more HMOs in the future by including more participants and analyzing additional genomic locations and variant types. “Milk is one of the first and primary food sources,” says Murdoch. “We really don’t know as much about it as we should.”