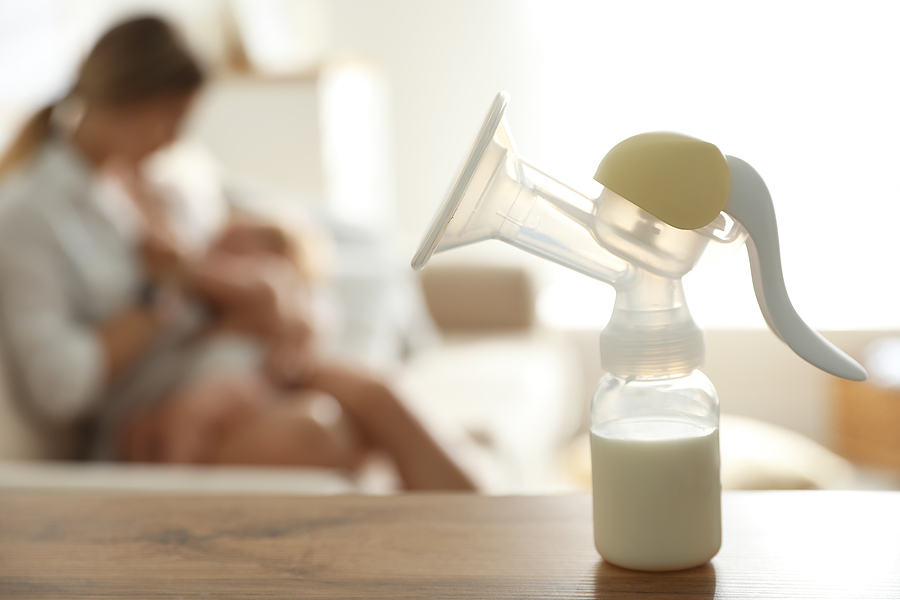 Could how you eat something matter as much as what you eat? At least when it comes to human milk, the answer is still unclear.

Human milk is known to provide several benefits to children. Studies have shown that exclusive breastfeeding and breastfeeding for a longer duration are associated with enhanced cognitive development of children, improved behavioral outcomes related to attention and hyperactivity, and benefits to food-related behaviors such as less food fussiness [1-9]. But researchers still don’t know whether feeding at the breast might confer some advantages over feeding expressed milk.

In the United States, more than 85% of infants fed human milk are fed expressed milk at least sometimes [10]. “Pumping and feeding expressed milk has become extremely common over the past couple of decades in the U.S. and other countries, yet information about whether expressed milk is as beneficial for infants is lacking,” says Dr. Sarah Keim of the Ohio State University.

In a longitudinal study of U.S. mothers and children up to age 6, Keim and her colleagues examined associations between mode of feeding human milk and long-term effects on neurodevelopment and behavior [11]. “We built a cohort of mothers and children with funding from the Ohio State University and the U.S. Centers for Disease Control and Prevention to learn more about the differences between expressed milk feeding and feeding at the breast,” says Keim. “The main challenge with a study like this is encouraging a high response rate among participants after many years,” she says.

The researchers were particularly interested in looking at the effects of breastfeeding versus feeding expressed milk on higher-level cognitive abilities that are predictive of school success, usually grouped under the umbrella-term “executive function” [12]. They also examined long-term outcomes on global cognitive development and eating behaviors.

The researchers found that the mode of feeding human milk may be important to the development of executive function. Among 285 participants included in the analysis, feeding at the breast for longer periods of time was associated with clinically-meaningful advantages in working memory ability—a component of executive function—at 6 years of age. Each additional month of exclusive feeding at the breast decreased the risk of a working memory score compatible with an attention deficit hyperactivity disorder (ADHD) diagnosis by 22%.

The results suggest that the mode of feeding human milk may be important to the development of executive function. “Expressed milk feeding may not offer all the benefits of feeding at the breast for optimal neurodevelopment,” says Keim.

Executive function develops rapidly during the preschool years. The brain regions involved in executive function require several nutrients that are enriched in human milk, suggesting a potential mechanism by which milk intake could influence their development [1,2,6,13-16]. The researchers suggest that feeding at the breast may also offer infants greater maternal bonding opportunities compared with expressed milk feeding, which could play a role in development of early executive function [17,18].

The researchers note the need for follow-up studies to tease apart how the mode of feeding of human milk influences neurodevelopment. “Larger and more detailed studies are needed,” says Keim. These could include larger prospective studies that incorporate multiple complementary measures of child cognition, including objective laboratory assessments. “We are planning to follow up these results with future, more detailed studies,” says Keim.