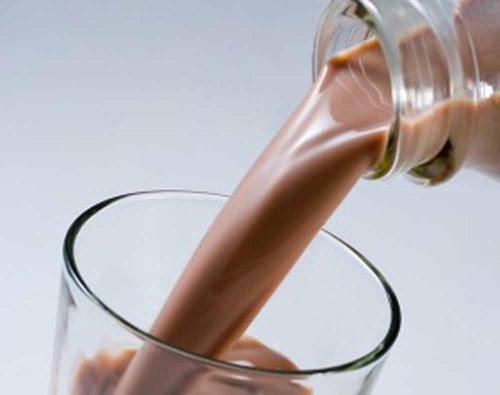 School lunches have been a focal point of childhood nutrition for almost a century. Many of my peers recall the school-based bottle-a-day approach to complement our dietary needs. In recent years, the composition of all foods that is offered in schools has attracted close scrutiny—especially regarding the consumption of high sugar drinks. Consideration of total caloric intake has led to a revision of available school beverages in many places around the world, and bans on the sale of drinks based on their sugar content are becoming widespread. This change includes flavored milk products, prompting a series of studies that have assessed the impact of chocolate milk withdrawal on total milk consumption by school children, and the consequence for nutrient intake. The latest to publish results on this effect is from a study conducted in Saskatoon Canada, by Henry et al [1].

Milk provides valuable nutrients to consumers, especially protein, vitamins, calcium, and other minerals [2]. Flavored milk contains these same nutrients and, despite the increased sugar, is not associated with increased weight gain in children and adolescents [2]. In efforts to reduce sugar consumption, the removal of flavored milk could be like “throwing out the baby with the bathwater.” Indeed, studies have demonstrated that removing chocolate milk from schools decreases school milk consumption and that there are additional nutritional effects that can follow [4].

When there is a fundamental change in the way milk is accessed by school children, nutritionists immediately think of the bigger picture, that is, what are the broader nutritional consequences [3]. The landscape is not simple because there is a diverse range of public and private school programs that affect this subject. Indeed, the intersection between food access and the behavior of children of all ages is terribly complex.

The study by Henry et al, [1] was concerned with these issues in a Canadian context. The scientists were interested in both the impact of a ban on providing chocolate milk in schools, as well as looking behind the scenes at some of the drivers that alter patterns of milk consumption. The drivers that emerged from the study were most clearly around taste and consumer behavior; in this case, how children choose to spend their money. Interestingly, even young children are very discerning with their expenditure.

The study focused on elementary school children in Saskatoon and compared patterns of milk consumption during periods when chocolate milk was available, and the same schools when it was not available. The first goal was to measure the children’s response to drinking plain milk when chocolate milk was removed, and then calculate the impact on nutrient intake. The scientists recruited children from six schools in the Saskatoon area, both urban and rural. In total, there were over 12200 students. Around one quarter of all students chose milk to drink (22-26%) when chocolate milk was provided; this dropped to 14% when it was withdrawn and only plain milk was available, with a consistent decrease of 40-50% across the schools. Younger children (Yr 1-4) were more likely to drink milk than the older children (Yr 5-8), and surprisingly, more urban kids chose to drink milk than rural kids. There was also a small drop in the volume of milk consumed by those who drank the plain milk. Clearly, there was a preference for chocolate milk over plain, but approximately half of the children who preferred chocolate milk swapped to plain milk when there was no choice, and the number consuming plain milk increased from 2% to 14%.

As part of a wider school program, some of the schools in the study had milk available at no cost. Free milk was consumed by over 50% of students when on offer, but their choice was overwhelmingly for chocolate milk. It dropped by 20% when only plain milk was offered, even when it was free. For those children who had to pay for their milk, approximately 13% chose to drink milk, but as few as 1% chose plain milk. Only 6% chose to buy plain milk when chocolate milk was not available to these children.

The scientists then spoke to representative groups of children from the schools. They asked a series of questions to try to understand what affected their decisions when choosing to drink milk. Taste was a major factor. Sweetness is a taste sensation that is conditioned early in life, but milk has a natural sweetness because of its lactose content. This could mean that the children had a preference for a heightened sweet taste, or that they preferred the cocoa flavor. Another finding that was quite insightful was that children avoided using their money to purchase white milk. Presumably, chocolate milk was perceived as something more “special”, whereas they could access plain milk at home without spending their precious funds. This was reinforced when schools that had a free milk program were compared to those that did not. Free school milk results in four times the level of consumption [1].

Most important was translating the change in milk consumption patterns into understanding the consequences for nutrient intake. Clearly, decreased consumption of milk leads to a decrease intake of nutrients derived from that milk, but availability of milk and dairy products outside of school will also have an influence. Do children compensate when they no longer drink milk at school? This was addressed in a survey of the children, which provided a more complete picture of dairy intake. The survey showed that there was an overall decrease of slightly less than 10% in total dairy intake when chocolate milk was removed from school menus. There was no measure of whether children increased intake of other foods to compensate for any decrease, but the scientists conclude that, based on modeling, it was unlikely that all nutrients would be easily substituted.

The Canadian study aligns with other studies performed in USA, which have shown a decrease in overall milk consumption of approximately 10% when chocolate milk is withdrawn from schools [4,5]. The resulting cautionary message is that a ban on chocolate milk sales should be a carefully considered decision, and weighed against the total dietary impact [6, 7]. This impact is likely to be much more significant for some children than others, and the contribution of dairy to a balanced diet needs to be considered in this context. Rather than ban chocolate milk, it may make more sense to reduce the cost of plain milk options. The recent reintroduction of free milk programs in New Zealand schools could be one program to watch [8].