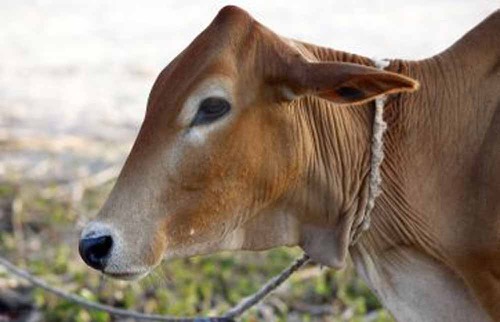 A decade ago, the Rwandan government set up a program aimed at cutting poverty and improving health and nutrition in rural areas. The idea was simple: given a cow, a poor family suddenly has milk to drink and manure with which to fertilize crops. Today more than 130,000 cows have been distributed through the program [1], which goes by the name “Girinka.” While Girinka has its shortcomings—including high rates of mastitis—its overall impact has been remarkably positive.

Rwanda is a small country in East Africa where the economy is largely based on semi-substance agriculture, irrigated by rainfall. Rwanda is also landlocked, which makes importing and exporting costly goods—and, like its East African neighbors, educational achievement is quite low. For these reasons, diversifying the economy presents challenges, and development through agriculture is the obvious path forward. At the same time, however, the United Nations Food and Agriculture Organization reports that 40% of the country’s soils are highly susceptible to erosion—so simply working the soil harder wouldn’t be effective [2]. Despite the obstacles, in the last few years, the Rwandan government has been working through a very ambitious plan to become a “middle-income” country by 2020.

Back in 2006, when Girinka began, Rwanda was recovering from widespread droughts the year before that significantly dented harvests and led to food insecurity in some districts. Among the districts that received a large share of the cows was Bugesera, which struggled more than most during the drought, since it had faced a famine known locally as “Kinga umwuzukuru araje” at the turn of the century. In his thesis, Vincent Kayigema, of the University of KwaZulu-Natal in South Africa, evaluated Girinka’s impact in Bugesera [3]. Kayigema found that the program has “notably improved its beneficiaries’ livelihoods,” and that manure as a source of fertilizer is clearly having a benefit. That, in turn, he argues, is aiding Rwanda’s climate resilience because it makes the soil structure better able to hold together during extremes of sun, wind, and rain. (Another study by Sung Kyu Kim et al focusing on Ngoma district reports that over 90% of beneficiaries are using manure as fertilizer [2].)

A number of other researchers have studied Girinka’s impact, each focusing on poor residents in a different district of Rwanda. Kenyetta University student Mutarutwa Nkusi Christian [4] estimates that Girinka has improved average annual household incomes by roughly 115,325 Rwandan francs (or about $175) in Gatsibo district—another part of the country that has received a lot of cows from Girinka. That amount matters in a country where average household income is about $400.

But wealth can be thought about in a more holistic way than raw income, and when evaluators apply this kind of logic to Girinka, it is cast in an even more favorable light: “Ownership of cattle, especially in the Rwandan context, contributes to the enhancement of social status. The provision of cattle to poor households elevates the poor not only financially but personally and socially as well,” writes Michelle Rugema of the University of Cape Town in her study of Kayonza district [5]. In other words, Girinka, when understood as a contributor to feeling rich, improves beneficiaries’ lives a great deal.

Among those who stand to benefit most from the program are members of female-headed households. Rwanda has a relatively large number of such households as a direct result of the 1994 genocide, writes Emmanuel Hakizimana [6]. Not only did the genocide create many widows—and its aftermath saw many families in which one parent is in jail or exile—but between 250,000 and 500,000 women were raped and deliberately infected with HIV, and of those, many ended up with kids and no partner.

While Girinka seems to have had a positive impact on income—and is generally reported to have been fairly administered—it is still criticized. One complaint is that the cows families receive often have or have developed mastitis (infection of the udders)—although the exact proportion is unclear. (The Rwandan Ministry of Agriculture did not respond to an email requesting this proportion.) Mastitis leads to high levels of white blood cells in the cows’ milk. Not only is the condition unpleasant for cows, it causes their milk to be of lower volume and lower quality. People who drink milk from a cow with mastitis are more likely to suffer stomach upsets than otherwise, unless the milk is first boiled. Moreover, the milk probably contains fewer minerals like potassium and calcium, as well as bioactive components like lactoferrin—all important for healthy nutrition.

Girinka’s mastitis issue should be put into context, though. In 2007, Jan van der Lee compared mastitis rates across East African countries—therefore his work was published at a time when Girinka could not have had much impact on Rwanda’s overall mastitis prevalence. Van der Lee writes that as much as 60% of cows at that time suffered from the problem. His publication also shows that Rwanda is hardly an outlier: Kenya has a 40% mastitis prevalence, and Ethiopia, 80%. Mastitis is particularly common near to Ethiopia’s capital, Addis Ababa, where rates were as high as 84% to 94% when van der Lee wrote his report [7].

Although Girinka cannot be blamed for creating the problem in Rwanda, that is not to say that the policy has paid sufficient attention to mastitis. Most scholars who have investigated the program levy the criticism that there are not enough veterinarians to take care of the cows, to help the cows to be as productive as they can be for their impoverished owners, or even to administer Girinka. For example, Rugema [5] notes that, “In Mukarange sector, there is only one veterinary officer who is responsible for visiting and following up beneficiaries, providing veterinary services and support, collecting and tracking new applications, running the day to day administration on the ground as well as reporting back to district offices.”

A shortage of specialist personnel creates other problems, such as a lack of training Girinka’s beneficiaries in animal husbandry and in how to best make use of the products that a cow can provide. “Our experience in the field is the average dairy cow or dairy goat owner has almost zero training in mastitis diagnosis, prevention, control or therapeutics. So, even if the Girinka program cow is mastitis free, she will not stay that way during or after her first lactation,” said Jim Cullor, a professor of dairy food safety at the University of California, Davis, in an email. That is a shame because Jonathan Argent and colleagues [1] have measured the additional benefit to receiving training (as opposed to only receiving a cow). Six years into the program, they find an enduring impact on levels of milk production, milk yields per animal, and also on household income. Asset accumulation—the production of calves—was also greater where Girinka beneficiaries had been trained. (But, unfortunately, Argent and his coauthors didn’t measure the impact of training on the prevalence of mastitis.)

In general, Girinka offers a valuable learning experience for poverty-reduction programs in other countries that have bad soils and people living on very low incomes. The evidence is imperfect since there are few—if any—proper baseline studies against which the present day situation can be compared. But as part of a collection of development programs intended to reduce extreme poverty, Girinka appears to have raised the self-esteem of many of its adult beneficiaries, provided them an opportunity to start building assets, and improved the health of their children.

Girinka aside, there is still plenty to be done to improve the lives of rural and impoverished people in Rwanda; in 2012, the level of chronic malnutrition among the country’s children was 44% [8]. But extreme poverty was reduced from 45% to 24% in the decade between 2000 and 2010. That’s a hugely important change—and it was, in part, due to Girinka [9].

Photo note: Crossbreeds of African cows with higher-producing breeds, such as Jersey, have been used in the GIRINKA program.