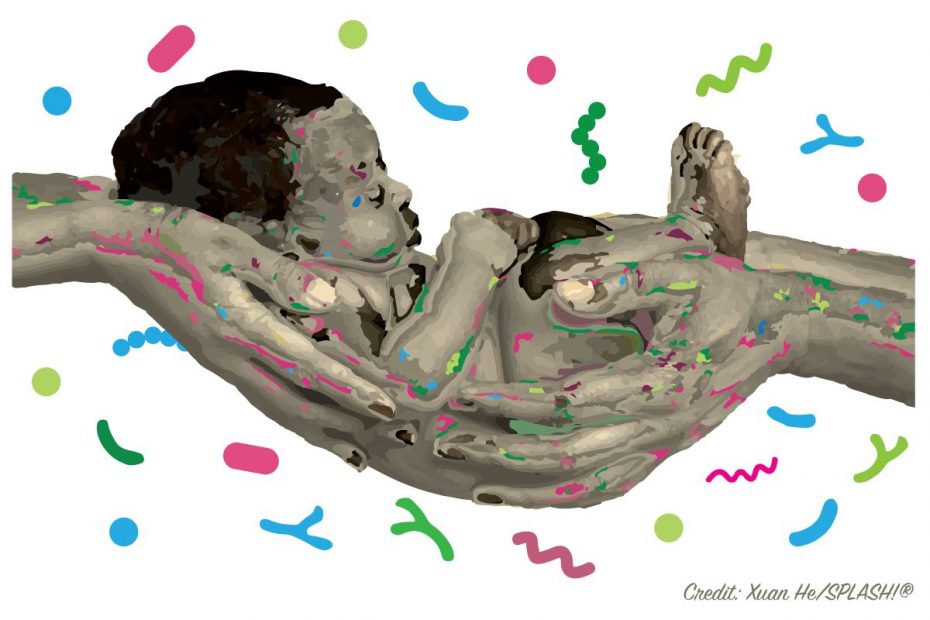 The Hadza people in northern Tanzania are regarded as one of the last true hunter-gatherer societies left in the world [1]. They typically live in social groups of between five and 30 people, and they spend much of their day hunting wildlife or foraging for honey, tubers, or fruit [2]. Reflecting a unique and rarefied lifestyle is also their diverse and complex gut microbiome.

The gut microbiota of people living in non-industrialized societies—societies characterized by a lack of processed food, modern antibiotics and medicine, and without excessive sanitization—typically are much more diverse and healthier than those of people from industrialized societies [3]. A more diverse microbiome is associated with all sorts of health outcomes, ranging from maintaining a healthy weight, to brain health, to preventing autoimmune disorders [4], and the development of the microbiome from birth to adulthood is well characterized in industrialized populations [5]. However, the same information is lacking for non-industrialized people [6]. In a new paper published in Science, researchers performed a metagenomic analysis of Hadza fecal samples to determine the characteristics of gut microbiomes starting from birth [2].

For the study, 39 Hadza infant fecal samples were analyzed, as well as samples from 23 infant and mother pairs. “The unique thing about this study was the amount of information we generated based on these samples,” says Olm. A large metagenomic analysis was performed using the samples, which was able to give a detailed and simultaneous view of the genetics in the gut microbiota. “That let us see the more rare species,” says Olm. “You get a more in-depth scope of what’s going on.”

Overall, the study found that gut microbiota across fecal samples from people living in industrialized and non-industrialized countries were most similar at birth, but microbiomes quickly diverged within the first few months of life. Hadza infants were found to have a more diverse microbiome with 745 species of bacteria detected, 175 of which were new to microbiome science [2]. Hadza infants also had more of a beneficial gut bacterium, a probiotic called Bifidobacterium longum subsp. infantis, which has been known to play an important role in immunological development [7]. In contrast, infants from industrialized societies tended to have more Bifidobacterium breve, which is thought to competitively exclude the growth of B. infantis [2].

“It’s interesting that there’s a strain that we’re using as a probiotic in industrialized countries, but it’s just naturally there in Hadza microbiomes,” says Olm. “It just points to how potentially industrialization has impacted our microbiome for the worse.”

The analysis also revealed that samples from people living non-industrialized lifestyles had a higher diversity and incidence of genes associated with digesting human milk sugars, even when controlling for breastfeeding duration. The genes, or human milk oligosaccharide degradation clusters, are associated with improved immunological health and fewer autoimmune disorders [8]. Olm says that this suggests that even among the B. infantis bacteria, the Hadza may have strains that are more beneficial.

“The human microbiome is important for a bajillion reasons but it seems to be especially important in early life—specifically for this training of the immune system,” says Olm, adding that one of the key takeaways from the study is that the microbiome is determined very early on in life, which has cascading effects into adulthood. Furthermore, analyzing mother-infant fecal samples and comparing samples between group members show that many of the microbiota obtained in early life are transmitted vertically from the parents and from the local community. “With the Hadza there’s a lot of pre-mastication of food, so you easily imagine strains being shared that way,” explains Olm, adding that children are also typically raised communally. “It’s interesting thinking about how different ways of raising kids is going to impact their microbiome.”