A Purpose for Spilled Milk 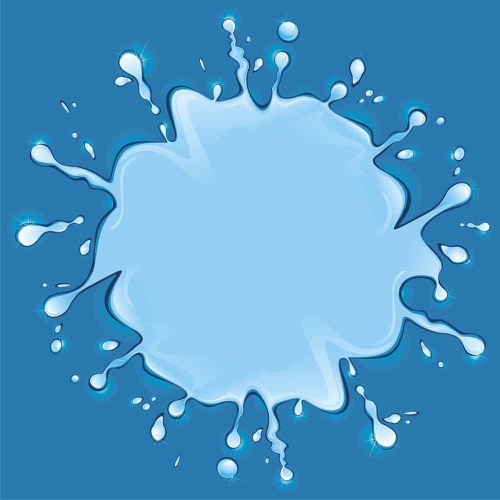 In the first weeks after giving birth, mothers are a mess of dripping milk. Babies learn how to feed while the mother’s mammary glands learn how much milk to produce during what can be a roller coaster of too-much and too-little as the milk supply adjusts. Milk commonly spills on the baby and can even spray the baby’s face when he or she unlatches after the flow has started. Does getting milk all over the baby have a purpose? As crazy as that sounds, maybe. Recent studies explored the use of human milk for treatment of diaper dermatitis and eye infections—both potential advantages of spilled milk.

Newborn skin is fragile, especially the skin of premature infants. While diapers are a modern invention, the promoters of diaper dermatitis—dampness, friction, fecal enzymes, and some microbes—are ancient enemies. In recent studies, researchers have treated baby’s rashes with human milk and compared the treatment against commonly used anti-inflammatory and barrier creams.

In the matchup of milk vs. steroid anti-inflammatory cream (1% hydrocortisone) in otherwise healthy infants, the two were equally effective at resolving diaper rash (Farahani et al., 2013). This is good news given over-exposure to topical steroids can have many harmful side effects, ranging from minor irritation to major hormonal disruptions. Overexposure to milk is not really possible, is it?

In a matchup of milk vs. a barrier cream (40% zinc oxide with cod liver oil formulation) in newborns in the neonatal intensive care unit, the barrier cream won when the dermatitis was moderate-to-severe (Gozen et al., 2013). It seems that milk can only do so much. To limit unnecessary exposure of newborns to chemicals, the authors of the barrier cream study recommend applying human milk as soon as any slight redness of the skin is spotted.

Milk in the Eye

In another study, researchers tested the milk of 23 mothers for its ability to combat pathogens that commonly infect eyes (Baynham et al., 2013). They compared human milk treatment to two other controls—no treatment and a broad-spectrum antibiotic (polymyxin B sulfate/trimethoprim)—on the inhibition of pathogen growth in laboratory plates. Human milk was significantly better than no treatment for three of the nine pathogens while the antibiotic was significantly better than no treatment for all pathogens.

Surprisingly, human milk was better than antibiotics for one particular pathogen: N. gonorrhoeae. This pathogen is responsible for the sexually transmitted disease gonorrhea. When an infected mother gives birth, the baby is exposed to N. gonorrhoeae in the birth canal and can develop eye infections and subsequent blindness. The ability of milk to combat this pathogen is important, especially because babies whose mothers have inadequate health care are uniquely at risk of untreated gonorrhea and the outcome for the baby can be serious. Furthermore, some strains of N. gonorrhoeae are resistant to antibiotics.

The researchers also tested the 23 human milk samples for the presence of various bacteria and found some potentially pathogenic microbes in the milk. The authors suggest that application of human milk to babies’ eyes could therefore cause a second infection. However, some of the microbes they implicate as pathogenic are also found in the eyes of uninfected pediatric patients (Weiss et al., 1993) so they may not be particularly pathogenic.

As a practical matter, eye infections should be treated with antibiotics when available. However, in resource-limited settings, human milk is a worthwhile treatment for newborn eyes, particularly given its efficacy for a bug that causes blindness.

It’s possible that a mother spilling milk on her baby is just another inconvenience of being human. Considering our seemingly useless, but inflammation-prone appendix, and women’s unfortunate loss of uterine lining each month, evolution doesn’t always yield the smartest design. But given the millennia of evolutionary selection, the products of evolution are always worth a second look.

From an evolutionary perspective, extra milk spilled on a baby may help with protection against pathogens to the extent that it influences survival and reproduction. While a baby is nursing, milk often leaks from the non-nursed breast onto the lower half of the baby, perhaps healing the baby’s umbilical cord site or further washing the nether regions. The surprising finding that milk is uniquely honed to combat a pathogen that causes blindness in newborns further suggests that milk spray and leakage is not without purpose. Milk’s unique ability to inhibit the growth of this pathogen suggests this particular pathogen has been with humans for a long time and that combating it via milk influenced offspring survival and reproduction. So while spilled milk may be of little consequence in modern nations where antibiotic ointment is immediately applied to every newborn’s eyes, at least some of our ancestors depended on it. That’s one less reason to cry over spilled milk.