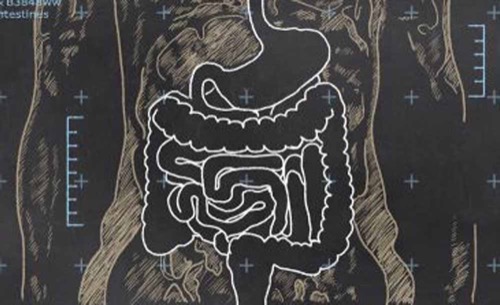 Prolactin (PRL) is a hormone that, as its name clearly indicates, PROmotes LACTation. Although it is best known for initiating milk production in the mammary glands, prolactin actually targets numerous other tissues throughout the body during lactation. One important target is the gut, where prolactin is believed to influence calcium absorption. A new study confirms this hypothesis, demonstrating that prolactin increases the ability of the intestines to absorb calcium and transfer it to the bloodstream [1]. These important findings show that although PRL may have the important job of telling the mammary glands to make milk, it also plays a critical role in making sure that milk has all of the necessary ingredients.

Prolactin and the mammary gland

The hormone PRL is found in both male and female vertebrates and has over 300 known physiological functions [2]. It was named in the early 1930s after researchers demonstrated that a protein secreted from the pituitary gland could induce milk secretion in rabbits that had never been pregnant [3]. Since that time, animal models have been critical in determining the scope of PRL’s action on mammary tissue.

Numerous hormones influence the mammary glands during development and lactation. In order to understand the specific role of PRL, researchers have developed a very neat biological trick. Rather than trying to figure out what PRL does, they look at what happens (or does not happen, as the case may be) when PRL is not present. This is accomplished by inactivating or “knocking out” the genes responsible for PRL communication with the mammary gland [4]. During puberty and pregnancy, mice without PRL targets on mammary tissue do not develop alveoli, the structures in the mammary glands that contain milk-secreting cells [4]. If PRL expression is inhibited at delivery, the alveoli are structurally normal but do not secrete milk [4]. Thus, PRL directs both the development and function of milk-secreting structures within the mammary gland.

Whereas the pituitary pumps out PRL to initiate and maintain lactation, the mammary glands are not the only organs responding to the hormone’s signal. Protein receptors specific to PRL are found on cells throughout the body, including reproductive organs (e.g., ovaries) as well as many organs—like the intestines—that are usually not considered critical for lactation. But as it turns out, without PRL acting on the intestines, milk may lack some key ingredients.

PRL has long been known to be active in the intestines during lactation [1,3,5]. Indeed, there is a suspected connection between the gut and the mammary gland, often referred to as the entero-mammary pathway. For example, immunoglobulins (or antibodies) produced in the guts of non-lactating females or males simply stay in the gut to fight off pathogens. But in lactating females, these immunoglobulins have a special homing mechanism to the mammary gland, a process controlled in large part by the actions of PRL [6,7]. As a result, milk immunoglobulins represent the mother’s pathogen experience, providing protection to the offspring against the very pathogens they are most likely to encounter.

Immunity is not the only connection between the gut and the mammary glands modulated by PRL. During pregnancy and lactation, intestinal absorption of calcium increases to supply this essential mineral to the fetal and infant skeleton. PRL has always been implicated in this process, but its specific actions on the intestines were not clear [1,5,8].

A major clue about what PRL may do in the intestines came from the observation that PRL communicates directly with cells that line the inside, or mucosal surface, of both the small and large intestines [1]. Although we might picture food moving through the intestines like water through pipes, a more apt analogy might be a roller coaster. The mucosal surface of the intestines is a series of peaks (called villi) and valleys (called crypts), and it is along this surface that nutrients (including proteins, fats, carbohydrates, vitamins and minerals) are absorbed into the intestines for eventual transfer into the bloodstream. This roller coaster-like structure is a rather ingenious way of getting more surface area for nutrient absorption; the higher the peaks and the deeper the valleys, the more cells for food to contact for absorption.

In a newly published study, Wongdee et al. [1] tested the hypothesis that PRL enhances calcium absorption by increasing the height of the peaks and the depths of the valleys. To do so, they compared the intestinal landscapes of nulliparous (= never been pregnant) rats, lactating rats, and lactating rats treated one week prior to the analysis with bromocriptine, a drug that inhibits the production of prolactin by the pituitary. This last experimental group was critical—just like the knockout mice, this group would be able to highlight the specific actions of PRL. Lactating rats had higher villi and deeper crypts in their intestinal mucosa, resulting in a greater surface area, compared with those of the nulliparous rats [1]. The similarities in mucosal measurements between nulliparous and bromocriptine-treated rats confirmed their hypothesis that these changes in the mucosal surface were PRL dependent [1].

An increased surface area impacts the absorption of all nutrients, not only calcium. So why the emphasis on calcium absorption? Wongdee et al.’s [1] experimental model also found that, in addition to inducing morphological changes in the intestine, PRL increased the expression of genes involved in transporting calcium across cells and into the bloodstream. A higher rate of gene expression equates to more protein production. In this instance, the proteins are responsible for moving calcium across the cells of the intestines and into the bloodstream, where they can be transferred to the mammary glands. Many hands make quick work; so having more proteins means an increased rate of cellular transfer.

Perhaps the most interesting finding by Wongdee et al. [1], however, has to do with another hormone, called FGF-23. This hormone actually has the opposite effect of PRL by preventing the intestines from absorbing too much calcium. With so much emphasis on effects that result in getting as much calcium as possible from the intestines, it may seem surprising that the investigators found that the intestines of lactating rats had increased expression of FGF-23. That’s right, in addition to stimulating calcium absorption, PRL promotes expression of a hormone that inhibits calcium absorption. Wongdee et al. [1] proposed that the purpose of FGF-23 expression is to keep serum calcium from reaching dangerous levels [1]. While too little calcium may spell problems for infant skeletal development, too much calcium can cause issues for the mother.

From mice to men

Taken together, the findings of Wongdee et al. [1] highlight that PRL does much more than simply influence calcium absorption during lactation. PRL actually regulates the process. But their findings were in rodents—is it possible to take these findings and assume they apply to PRL in women? The big assumption here is that evolution has conserved the function of PRL across distantly related mammals. This assumption is certainly confirmed when considering the role of PRL on mammary development and milk production [3]. In fact, PRL plays a role in production of crop milk in pigeons and doves, suggesting a very old evolutionary role in “milk” production [8].

Although it is not possible to replicate Wongdee et al.’s [1] study in human subjects, confirming their findings in other animal models—particularly one that is more similar in reproductive physiology to that of humans—would support a shared action of PRL across mammals. Might pigs hold the answer? Next month’s SPLASH! will look at a study on genetic expression of PRL targets throughout the body in a pig model and will point to many shared functions between pigs and humans (and even ties to rodents)! Stayed tuned.