Probiotics May Work Better with Milk 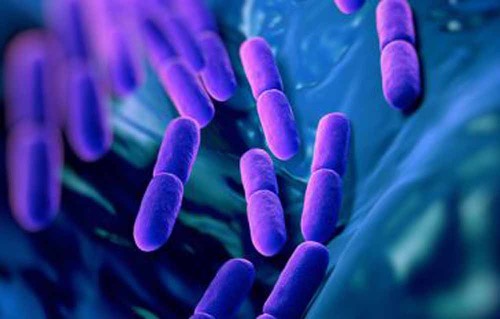 We respond differently to different environments; we might put on a thick coat when it’s cold, or open an umbrella when it’s raining. It turns out that probiotic bacteria also react differently depending on their environment, and this could have important implications for how we consume probiotics. Two new studies led by Maria Marco from the University of California, Davis, found that probiotic bacteria showed improved survival and efficacy when delivered through milk rather than in another medium [1,2].

The researchers conducted their experiments using a bacterium called Lactobacillus casei. “Lactobacillus casei are often incorporated into fermented dairy products as probiotics, and certain strains are among the most widely used probiotic strains,” says Marco, an associate professor of food science and technology. L. casei is thought to have several beneficial effects, including improved immune function and reduced intestinal inflammation. The researchers used a specific strain of L. casei called BL23, which is closely related to other strains of L. casei commercially used as probiotics [3,4].

“I think it’s very well understood that bacteria respond quickly to new habitats,” says Marco. “So it made sense to think that bacteria would be responding to their environment in milk and making different proteins that we believe are really important for their performance as probiotics in the intestine,” she says.

“I think it’s an intriguing result, because it really begs the question, ‘what happens then if people consume probiotics?,’ ” says Marco. The current studies were done in mice, and Marco points out that it will be important for researchers to perform follow-up studies in humans. “Taking this back to humans again would be an important next step, particularly for those people who suffer from chronic inflammation of the intestine,” she says. Future studies could help determine whether “Lactobacillus casei might actually perform better in people when it’s in a dairy product, as opposed to when we have it in a nutritional supplement or candy bar or something like that,” says Marco.

Marco has been studying probiotics for more than a decade, and started working on the current project a few years ago after conducting a literature review with a collaborator [5]. “What impressed me in reviewing the literature was how little we actually know about the context in which we consume these bacteria, and how that matters for their efficacy and their performance in the gut,” says Marco. “We also know that probiotics are being added into other products besides dairy right now: there are supplements, juices, candy bars, cereals, all kinds of different foods,” she says.

Marco decided to test whether probiotic bacteria would survive better in mouse guts after incubation in milk at 4 degrees Celsius. “We chose the 4 degree Celsius because that’s the temperature of refrigeration, and we store yoghurt and milk in the refrigerator,” says Marco. “We knew that Lactobacillus casei was able to survive in the gut, so we asked a simple question: does incubation in milk in the refrigerator improve this?,” she says.

“We compared these different ways of consuming Lactobacillus, and we found that it survives better in the mice when it was consumed after incubation in milk,” says Marco. “That was intriguing to us, so then we started to look at what products the Lactobacillus was making as it was being incubated in milk.”

To do this, Marco and her colleagues decided to take a global look at the proteins being made by L. casei in different environments. “We found proteins that were made by Lactobacillus that were really interesting, because they were really more abundant or uniquely made when the cells were incubated in milk,” says Marco. The researchers also identified proteins made during incubation under cold conditions.

The researchers chose four proteins that were more abundant in milk or low temperatures and created mutant bacteria that didn’t make those proteins. “Interestingly, for three out of those four proteins the mutants were impaired or deficient in their ability to survive in the gut compared to the original wild type cells,” says Marco. The fourth mutant actually survived better, she says. The researchers plan to further characterize these mutants to find out the mechanisms that influence their survival in the gut. In addition, they are also continuing to study the other proteins that they found.

“We now have a collection of proteins that we’ve identified, and I think these are important pieces to the puzzle,” says Marco. “Some of these proteins are going to be important for Lactobacillus’s ability to survive and tolerate the conditions it finds in the digestive tract, and others we believe are going to be important for the communication between the Lactobacillus and the gut,” she says. “But there certainly are more targets and more proteins and more work to be done,” says Marco.

Marco also wanted to look beyond the probiotic bacteria’s survival in the gut to ask whether being delivered in milk actually affected their efficacy as probiotics. Probiotic bacteria appear to be a promising therapeutic approach in reducing the risk of ulcerative colitis, a form of inflammatory bowel disease, and so the researchers decided to test L. casei in a mouse model of ulcerative colitis [6,7,8].

The researchers fed the mice L. casei after incubating the bacteria in either refrigerated milk or a nutrient-free buffer that mimicked how they would be consumed in a nutritional supplement. “Lo and behold, we found that Lactobacillus casei was very good at preventing colitis or intestinal inflammation in this model, but only when it was delivered in the presence of milk,” says Marco.

Marco is interested in figuring out the mechanisms behind L. casei’s beneficial effects. “One of the proposed general mechanisms is that probiotics work because they can change the types and activities of the other bacteria in the intestine,” she says. “We couldn’t find any kind of real shift in the microbiota that would indicate that Lactobacillus casei is affecting these other bacteria that then can prevent inflammation,” Marco says.

Marco suggests that L. casei may be directly affecting the body’s inflammatory response, and the researchers plan to look for specific products made by L. casei that interact with the intestinal epithelium and immune cells to reduce inflammation. “We know that we need to be looking at Lactobacillus casei products being made in milk, so that’s where we’re working, and we’re looking at not only the bacterial side but also the host side, trying to put the pieces of the puzzle together,” says Marco.