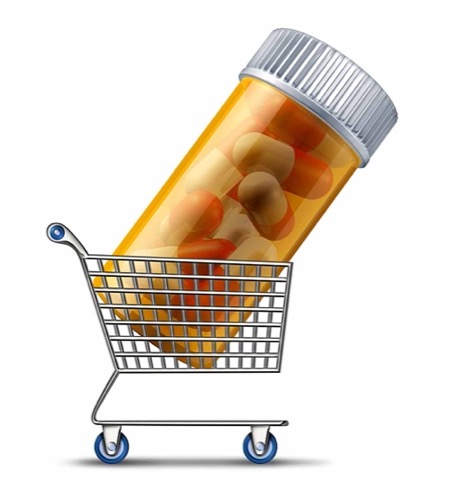 In the United States, lactoferrin, a protein that is abundant in cow’s milk, is added to a few sports drinks and as an anti-microbial agent on uncooked beef. But scientists are beginning to wonder whether it has therapeutic applications. Consider the range of complaints and diseases that it can to some extent alleviate: there is evidence that it acts against Crohn’s disease, osteoarthritis and a suite of cancers. And the mechanisms behind its action are becoming ever clearer.

First up, lactoferrin modulates the immune system by promoting the proliferation and activation of immune cells. In the mucous membrane of the intestines, lactoferrin increases the amount that cells make of various kinds of molecules known as cytokines, which also have the effect of activating cells of the immune system.

The evidence that lactoferrin holds promise for the treatment of Crohn’s disease comes from researchers in Italy (1) who tested it on gut cells that had been invaded by a particular strain of bacteria—as is commonly the case in patients with Crohn’s disease. Not only did lactoferrin modulate the inflammatory response of the intestinal cells, it directly scuppered bacterial invasion of them. The protein effectively stopped these bacteria from using a type of sticking mechanism, called “type 1 pili-mediated adherence,” by which they attach themselves to gut cells that they seek to invade.

Another intestinal problem for which lactoferrin could prove a saving grace is a devastating disease that is relatively common among premature babies. Necrotizing enterocolitis (NEC) occurs when patches of the intestinal tissue become inflamed, and in severe cases, die. In a study by Raghuveer and colleagues (2), the addition of lactoferrin to formula or to breast milk reduced the level of oxidizing products called free radicals, which are thought to contribute to the development of NEC. For various other reasons adding lactoferrin to infant formula appears to be a good idea (3).

Researchers in Columbia, Missouri, and in Orlando, Florida, reviewed (4) the wider evidence around NEC and lactoferrin in April. In particular, they note a multicentered clinical trial in which infants who would normally be considered at high risk of developing NEC were given bovine lactoferrin. These infants were less likely to get the disease than they otherwise would have been. More trials in which very low-birth weight infants are to be given lactoferrin are getting underway in Peru, Australia and New Zealand, as well as in the United States.

Lactoferrin may even be beneficial for reducing diarrhea in children without pre-existing health conditions. In a study published in the Journal of Pediatrics, 555 healthy toddlers in Peru were enrolled in a double-blind controlled trial in which they were randomized to receive twice-daily doses of bovine lactoferrin or placebo. Lactoferrin did not reduce the number of incidents of loose stool, but it did reduce the duration and the severity (5).

Bone and Nearby Tissues

In bone, lactoferrin promotes growth by causing bone tissue-making cells called osteoblasts to divide. Meanwhile, it inhibits the development of cells—called osteoclasts—that reabsorb bone. Additionally, lactoferrin appears to make bones stronger by lowering the production of a molecule called tumor necrosis factor, which in itself acts to give osteoclasts a boost.

This is only part of the logic behind why lactoferrin might be good for people suffering from osteoarthritis. This disease is also characterized by the degradation of articular cartilage. Recently, Yan et al (6) considered in the lab the effect of “bovine lactoferricin” (a partially broken down version of lactoferrin derived from cows milk) on human articular cartilage. Essentially, the team found that bovine lactoferricin reduced the cells’ production of enzymes that degrade cartilage, via its effect on various other molecules and thus on target genes. They consequently conclude that, “bovine lactoferricin seems to hold promise as a disease-modifying molecule in prevention and/or treatment of degenerative joint diseases.”

The mechanisms through which lactoferrin lowers the odds of certain cancers are probably far more diverse than for other diseases, in part because cancer tends to be a different disease in biomolecular terms in (and within) different sites around the body. The known mechanisms include lactoferrin prompting the suicide (apoptosis) of damaged cells and lactoferrin inhibiting the creation of new blood vessels that supply tumors. It achieves the latter by decreasing levels of a chemical called vascular endothelial growth factor (VEGF, for short).

For example, early work on how lactoferrin might aid in the treatment of lung cancer has focused on the VEGF mechanism. Tung et al (7) tested the protein first on cells in their lab, and then on transgenic mice that were genetically predisposed to develop human lung cancers. In both studies, lactoferrin not only blocked lung cell inflammation, but also inhibited the growth of blood vessels near the cancerous cells, which retarded delivery of food and oxygen to tumors.

Similar results were found in a study (8) of gastric cancer, except in this case it was the cell suicide mechanism at play. In this study, the researchers tested different fragments of protein that come loose when lactoferrin is digested. In their analysis, the most potent anti-gastric cancer peptide among this group was lactoferricin B25.

All these results add up to the suggestion that lactoferrin is worth pursuing in the search for new (and potentially quite cheap) drugs. Few other proteins have been linked to modulating the immune system, to fortifying bones and helping them to grow, and to fighting cancers in various organs. As a common protein in cow’s milk, it has been safely consumed for thousands of years. With more research, a prescription for bovine lactoferrin may be just what the doctor orders.