Picking Winners: How to Identify Genes Important for Neonatal Growth 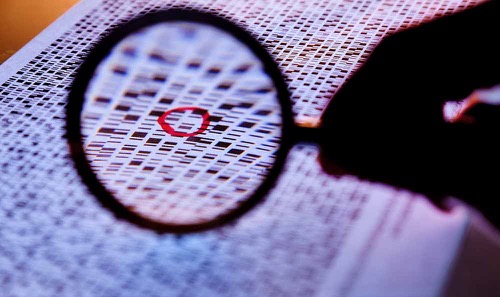 We all know that newborn babies need frequent and adequate nutrition to get a good start on life. Indeed, it is a particularly susceptible period when insufficient nutrition or complications can be life threatening. In recent years, it has also emerged that nutrition and the pattern of growth in this period can affect lifetime health and well being. By far the best source of nutrition during this period is mother’s milk, which is tuned to the babies nutritional and growth requirements. So as you might expect, there is a close relationship between the volume and composition of milk consumed by babies and their rate of growth.

What makes some babies grow faster than others? A recent publication by my own group has looked into the rates of growth in mice and used an integrated genomics strategy to identify genes that are important in lactation and related to the differences that contribute to growth of neonates (1). This study was conducted by Palani Ramanathan and Jerry Wei when they were graduate students in my lab at the University of Sydney. They were interested in the maternal-neonatal interaction and how milk production contributes to growth across a series of mouse strains, where the rates of growth vary greatly and the capacity of the dam to sustain a litter depends on milk produced.

Before we had genome science, a small number of studies were conducted using traditional genetic approaches in cross-bred mice. These studies and similar approaches in other species, identified regions of the genome that had a statistical association with neonatal growth, but the sizes of the regions were very large and contained so many genes that it was impossible to predict how they were linked. In the post-genomic world, experimental tools have been developed to refine the process of discovery and improve its sensitivity and accuracy.

In this study, the daily weights of litters from inbred strains of lactating mice were measured for the first eight days of life. We previously had established that this period of growth was predictive for the full lactation period in mice and hence the amount of milk that was produced (2). Using inbred strains of mice has the advantage of negating genetic variation within the strain, so we could concentrate on the differences between the strains. The other advantage is that many inbred strains of mice are now fully genotyped; that is, we know their genetic makeup in great detail. By combining this level of detail with measures of genes that are switched on during lactation (3), we could reduce the number of potential genes that were driving this process considerably. This report focused on the regions that were most prominent in neonatal growth, referred to collectively as Neogq. When Palani and Jerry applied the algorithm to these regions, they narrowed down the areas under investigation to much smaller stretches of DNA that each contained only one gene that was switched on during lactation, e.g. in the region of greatest interest the gene Neo1 stood out.

We continue to apply this approach to other measures that are relevant to maternal performance (4-6), and along with colleagues that have approached similar questions in other studies, we now have an intricate picture of genes that are fundamentally important in lactation and how these are crucial to neonatal growth (e.g., (7-9)). The mouse remains an important and informative animal model for these studies and will continue to produce leads for investigation in other species of interest, most notably humans, in trying to elucidate the complexities of neonatal growth and well being (10).