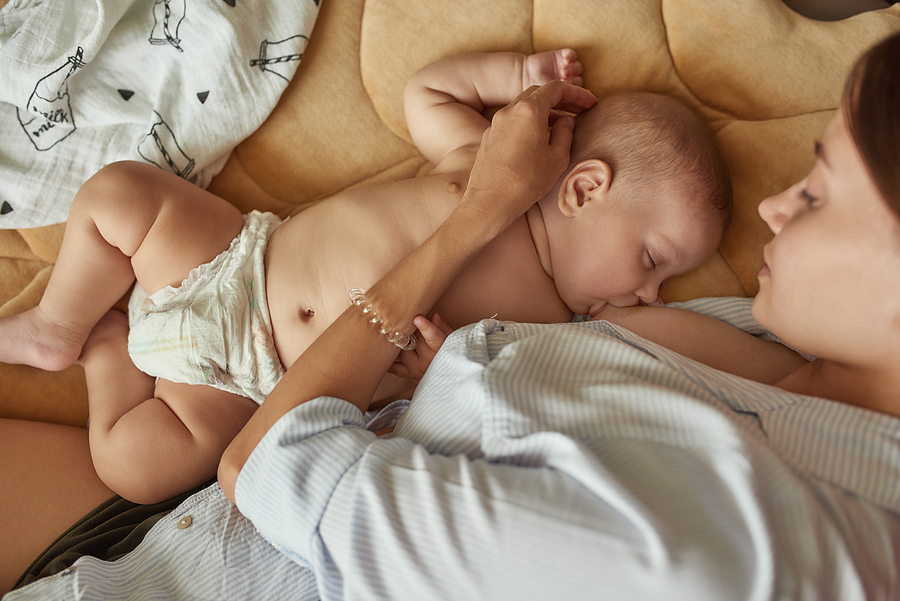 Peanut allergies are among the most common of food allergies, can be severe, and have become increasingly pervasive over time. Recently, evidence has mounted that the early introduction of peanuts into infant diets reduces the odds of affliction. This has led to changes in official guidelines for parents in the United States, Europe, and Australasia [1]. Now, a study that followed the trajectory of allergy development in a large group of Canadian children has found that moms consuming peanuts while breastfeeding further protect their child from developing an allergic response by their fifth birthday. The results are nuanced since the effect is not apparent at one year of age, but becomes so over time. This suggests that antigens or immune complexes in human milk may be involved in programming the gradual development of a child’s immune system.

The Asthma and Allergy Foundation of America estimates that around 0.6% of US children are allergic to peanuts, and must avoid all forms of the foodstuff [2]. In practice, this is far from easy as all manner of foods from egg rolls to mole sauce can present a source. Moreover, there is no cure for peanut allergy, and reactions can be fatal. Hence any solid data that offers policy advice on how to reduce the likelihood of a child becoming allergic to peanuts has the potential to save lives.

The Canadian study builds on evidence from a trial that focused only on high-risk kids. The results of that trial were published in the New England Journal of Medicine six years ago and reported that introducing peanuts into the diets of infants as young as 4 to 11 months old helps to lessen the odds of peanut sensitization [3]. Rather than focus on those especially at-risk, the more recent study followed more than 2,700 kids from families drawn from the general population, and hence they were not selected because of a familial tendency towards IgE-mediated allergic diseases [4]. This cohort came from the Canadian cities of Vancouver, Edmonton, Winnipeg, and Toronto, and the electoral district of Morden-Winkler. The moms who enrolled their kids in the trial were asked for how long they breastfed and when their child first tried a peanut, and they completed food questionnaires about their own peanut intake (specifically whether they ate peanut butter, raw peanuts, other nuts or seeds, and how often they did so). The kids were checked over time for peanut sensitivity using standard allergen skin tests.

As expected from the previous study, the infants in the Canadian cohort who tried peanuts before their first birthday were less likely to become allergic to them. This association was substantial: they were 50–70% less likely to do so throughout childhood. However, what was unusual about this study was its careful assessment of the trajectory of peanut sensitization as the infants grew up. Indeed, if the researchers had stopped testing kids in the cohort at one year of age, their conclusion would have been that breastfeeding has no clear influence on peanut allergy development. This is what some other studies have concluded [5]. However, because the researchers kept assessing the kids over time, and they knew whether moms breastfed and ate nuts, they could look more closely at patterns in the data. They uncovered that when moms didn’t eat peanuts, breastfeeding had no effect. But when they did, the kids who consumed this breastmilk started to show lower odds of peanut allergy when they reached three years old, and the lower odds became more pronounced at the age of five.

It is unclear exactly why protection against peanut sensitization should develop in this way. The pattern broadly suggests that moms who eat peanuts pass on trace antigens or immune complexes of some sort via their milk, which primes the infant immune system, and that this slow-burn “programming” effect unfolds beyond infancy. An analogous pattern has been reported for egg allergies, whereby if mom’s milk contained detectable levels of ovalbumin, conferred protection against egg allergy started showing up in the data only when the kids reach two-and-a-half years of age [6].

Taken together, the authors conclude, the recent findings “identify breastfeeding as an important focus for allergy prevention efforts.” This is a broader trend within allergy research. Aside from eggs and now peanuts, as long as moms eat cereals, breastfeeding is also known to influence the development of celiac disease [7]. But the upshot for official guidance to parents concerned about peanut sensitization in their children and future children is simple: it’s not just that moms should continue to eat peanuts early in their infant’s life, and should introduce them early in their child’s diet, but non-allergic breastfeeding moms should be encouraged to eat them.