The Oligosaccharides in Human Milk Vary by Population 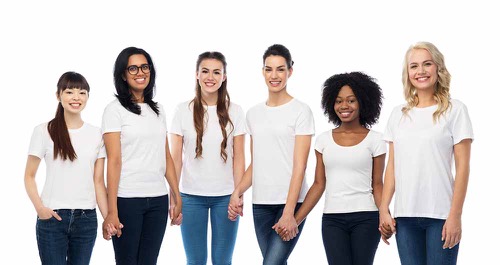 Human milk often contains a higher concentration of medium-length sugar molecules called oligosaccharides (HMOs) than it does protein. That may seem a little odd, given that these sugars, which number well over 150 different types, are generally undigested by the infants who consume them. Nonetheless, HMOs can confer impressive benefits on infant health. Some, for example, stop viruses finding a footing on intestinal cells. And more generally, the HMO profile of a mother’s milk appears to impact her infant’s metabolism, via changes in her offspring’s gut bacteria, as well as her infant’s lean and fat body mass. Scientists, however, know relatively little about what HMOs are normally produced by mothers in different parts of the world.

A recent publication in the American Journal of Clinical Nutrition seeks to improve this state of affairs [1]. It details the HMO profiles of human milk from 11 populations scattered across the globe. Between 2014 and 2016, the team of authors—drawn from most of the countries in which the populations of interest are located—set about finding about 40 healthy, breastfeeding women from each population who were willing to donate a sample of their milk to the project. In many of the 11 populations, the idea was to find women with similar genetic ancestry: the Swedish subjects all had Nordic grandparents, the Southern Californians classified themselves as Hispanic, and the Gambian and Ethiopian women self-identified as Mandinka and Sidama, respectively.

So what did the researchers find? They looked for 19 HMOs in each of the samples, using techniques called high-performance liquid chromatography (to separate the sugars) and mass spectrometry (to pinpoint their identity). The concentrations of all but one of the HMOs differed across populations.

The amounts of one particular HMO, called 2’-fucosyllactose, varied a great deal. Women who produce milk containing a high concentration of 2’-fucosyllactose were far more common in the outskirts of Lima, Peru, and in Southern California, than they were in rural Gambia. This matters because separate research into the diarrhea incidence of Mexican infants [2] and also into the allergies of Finnish 2 to 5 year olds [3] finds that drinking human milk with high levels of 2’-fucosyllactose as an infant seems to protect against these maladies.

But it wasn’t only population that predicted 2’-fucosyllactose levels. Environment also played a role. Indeed, heavier women everywhere tended to make more of this HMO than women with lower body mass indexes (BMI). And environment appeared important in the levels of several other HMO differences found among the milks of Mandinka women and those of Sidama women. Although it is not known what about the environment was driving these differences, different maternal diets could play a role, perhaps by inducing epigenetic changes. Similarly, epigenetics could lie behind correlations found between the levels of different HMOs and maternal age—as well as between HMO levels and the number of children a woman had given birth to during her lifetime—and how long it was since she last gave birth.

There is plenty more research to do in this area, beyond better understanding what is driving these correlations, and how specific HMOs affect infant health. For one thing, this study did not analyze milk from any Asian population. But, as the authors claim, their work does provide a baseline of typical HMO profiles of healthy women, against which future studies into the HMO profiles of women with health problems like malnutrition, diabetes and HIV can be compared.