No Causal Link between Breastfeeding and Metabolic Health 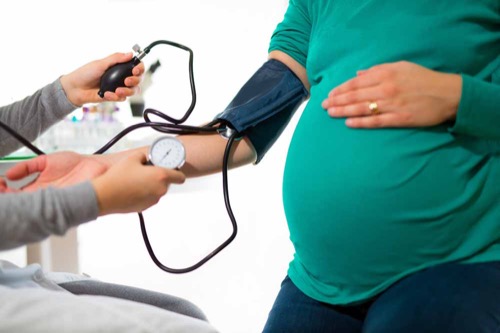 Demonstrating cause and effect can be a tricky business. In some areas of medicine, where double-blind prospective trials are commonplace, it is less of a challenge. By comparison, in the field of public health, researchers often have to gather information as best they can—clues about human motivations, traces of behaviors, and diseases—and then do their best to identify the links. Scientists studying whether mothers who breastfeed have better long-term metabolic health than mothers who do not breastfeed have come up against these problems. Recent work has focused sharply on isolating the causal pattern, and has found that breastfeeding itself does not affect long-term maternal metabolic health [1].

To understand the subtleties of the argument, it helps to consider a brief history of research findings in the field. On the one hand, observational studies have suggested a connection between breastfeeding and maternal metabolic health thereafter. [6]. For example, scientists have repeatedly found that women who breastfeed are at lower risk of developing type-2 diabetes [2-5], and that breastfeeding appears to help women lose weight gained during pregnancy among mothers who breastfed their first child for a year or more, compared with mothers who breastfed their first child for six months or less [7]. However, a large study called PROBIT (Promotion of Breastfeeding Intervention Trial) did not find a link [8].

There are first-principles reasons to view the PROBIT results as particularly reliable. It was a randomized controlled trial, and so all of the known, unmeasureable, and even unknown influences on women’s long-term metabolic health should logically have been the same among those who breastfed and those who did not. This means that these influences should not have affected the results—as is theoretically possible in observational studies, which rely on statisticians consciously factoring in what else might have led to changes in mothers’ metabolic health. In the PROBIT study, the researchers compared the blood pressures and body fat levels 11.5 years after giving birth, of over 6,000 women who were encouraged to breastfeed, and just under 6,000 women who were encouraged to care for their infants as usual. Of those who were encouraged to breastfeed, 44.5% did in fact exclusively breastfeed for at least three months, while 7.1% exclusively breastfed for this amount of time among those who were encouraged to provide normal care. As previously mentioned, the study found no significant difference.

The most recent research claims to explain the contradictory results. It is based on a large population cohort study in Nord-Trøndelag county in Norway, which lasted from 1987 to 2008 (the study is called the Nord-Trøndelag Health Study, or HUNT). Over this period, several rounds of questionnaires asked enrolled women about their pregnancies, breastfeeding duration, and other kinds of health data, which were also assessed in clinical examinations. Because the study period was so long, and the same individuals completed multiple questionnaires, the research team could focus on the women who had never given birth when the first round of data was collected, and who then went on to have their first child during the study period. This enabled the research team to peek into women’s health status before they gave birth for the first time, rather than solely consider links between breastfeeding and metabolic health later in life.

The team, led by Nils-Halvdan Morken of the University of Bergen, and Eszter Vanky of the Norwegian University of Science and Technology, Trondheim, also in Norway, analyzed data for 1,403 women. Taking lots of indicators into account—such as body mass index, blood pressure, cholesterol levels and abdominal obesity—they found that the women who started out with the best health tended to breastfeed the longest, and then went on to have the best long-term metabolic health. Conversely, the women who had the worst health before they became pregnant breastfed for the least amount of time, and then ended up with the worst health later in life. Taken together, the data suggest that breastfeeding has little causal influence. Instead, pre-pregnancy metabolic health was the main influence on cholesterol levels, serum glucose, BMI and so on, as women approached their autumnal years.

The finding that women with poor metabolic health struggle to breastfeed for very long is unsurprising. Other scientists have reported this, and proposed a hormonal mechanisms to explain the conclusion [9]. Fatty tissue is understood to accumulate the hormone progesterone, which among other things triggers the onset of milk production. One study has found that obese women produce less prolactin, which is needed for ongoing milk production in response to an infant suckling [10].

How does the new study help women? For one thing, it underscores the importance of taking care of one’s metabolic health throughout life, including during one’s youthful years. That breastfeeding had little influence in this study may seem reassuring to some; however, there are so many well-established benefits for breastfed infants over formula-fed infants that no decision about whether or not to breastfeed should be made based on the HUNT results.