Nipping NEC in the Bud 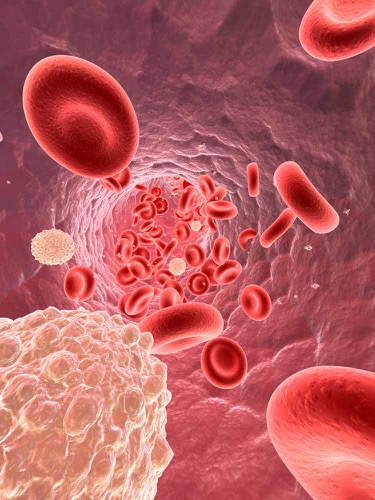 As little as four years ago, an article appeared in the journal Neonatology with the title ‘Necrotizing Enterocolitis – 150 Years of Fruitless Search for the Cause’1. This illness, called NEC for short, is on the rise. It is far too often fatal for the very young infants whom it afflicts. Recently, however, a team of researchers working in Pittsburgh made a breakthrough. They unraveled a molecular mechanism that allows NEC to develop—and in doing so, they also showed what it is about breast milk that protects babies from the disease.

NEC occurs in the intestines. Typically, as it develops, a newborn baby’s gut tissue becomes inflamed because bacteria in the lumen ravage intestinal wall cells. In severe cases, patches of gut tissue die, and a hole may even appear in the intestine that allows partially digested gloop to leak into the abdominal cavity.

That the vast majority of NEC cases occur in preterm infants is an undisputed medical fact. But why it develops in some premies but not in others has been much harder to pin down. When NEC was first noticed in French hospitals in the nineteenth century, it was observed to occur in clusters, with dramatic variation in the incidence between hospitals. As germ theory became widely accepted, such a pattern became suggestive of an infectious agent. These days young infants are considered at risk because the vasculature of their intestines is not fully developed, and also because their intestines are highly permeable, which makes it easier for bacteria to stray from the gut lumen.

It is also well established that premie units do a better job of preventing NEC when they feed young infants breast milk than specialist infant formula. Last year, the American Academy of Pediatrics issued a policy statement2 that concluded, based on the findings of four randomized clinical trials, “feeding preterm infants human milk is associated with a significant reduction (58%) in the incidence of NEC”.

But the particulars of NEC—what exactly causes it, and what specific constituents of breast milk prevent it—have been stubbornly elusive for many decades. That is, until recently.

A group in Chicago and another in Pittsburgh made headway into this problem around six years ago, when they focused their efforts on understanding how a receptor called lipopolysaccharide receptor toll-like receptor 4, or TLR4 for short, might contribute to NEC’s development. TLR4 is unusual among receptors bobbing about on the outside of human cells because it transmits a signal to the inside of the cell whenever it comes into contact with the fatty coating of a bacterium. Both research groups established that mutant mice unable to make TLR4 receptors on any of their cells are less likely to develop NEC than normal mice. This finding might sound odd, but it makes sense given a bit more theory.

The Chicago team reckoned3 that if a lack of TLR4 protects against NEC, perhaps the aberrant overproduction of TLR4 by intestinal cells would make it easier for bacteria to infect gut tissue. The group in Pittsburgh then showed this in the lab4.

In their most recent paper5, the Pittsburgh team demonstrated that TLR4 signaling also regulates the perfusion of blood to the small intestine. Blood perfusion matters in the development of NEC because cells that don’t receive enough oxygen and nutrients will eventually die. The key cellular enzyme in this particular causal chain is called eNOS (endothelial nitric oxide synthase). Its concentration in a cell’s cytoplasm is reduced by the chemical signals that TLR4 sends when it’s in contact with a bacterium. And when the cytoplasm has less eNOS, it also has less nitric oxide (NO), because eNOS makes NO.

At this point, it’s important to realise that NO is a very influential molecule: NO causes blood vessels to dilate and thus allows more blood to flow through them—which is why it’s central to the biochemical mechanism of Viagra. In summary, then, the Pittsburgh researchers found that whenever a bacterium meets a TLR4 receptor, blood flow to the intestines is turned down by a very tiny smidgen. When lots of these TLR4 receptors start firing, blood flow is turned down enough to cause NEC.

To prove this, the team again turned to mutant mice that do not produce TLR4. Crucially, these particular mutant mice only lacked TLR4 on endothelial cells (cells that line the interior of blood vessels) in their intestines. That genetic change was enough to reduce the odds of the mice developing NEC, indicating to the team which cells they needed study in greater detail to figure out how TLR4 signaling contributes to NEC.

The researchers then ran through a series of experiments. They fluorescently labeled platelets to show visually that when endothelial TLR4 comes into contact with bacterial fatty coating, blood flow to that patch of the intestines shuts down. Conversely, when the same fatty coating touches endothelial cells of mutant mice lacking TLR4, blood perfusion to that patch of the intestines holds steady.

The researchers also demonstrated a distinction in the amount of eNOS made by endothelial cells. The mutants’ endothelial cells, without any TLR4, carried on making lots of eNOS when the cell touched some bacterial fatty coating. These cells therefore remained well stocked with NO when a bacterium was nearby. But in the same situation, the normal mice’s endothelial cells made less NO—which is why their intestinal blood vessels started to narrow. The gene involved in translating the TLR4 signal into an instruction to reduce eNOS levels is called MyD88 (myeloid differentiation primary response gene 88).

Finally, given all of the above, the Pittsburgh researchers asked why breast milk prevents NEC. The answer is somewhat surprising.

Breast milk contains tiny amounts of sodium nitrate, the same stuff—‘saltpeter’—that was once exported from mines in Peru, Bolivia, and Chile in vast quantities and sent to Europe for industrial processes such as fertilizer manufacturing. (Indeed, the trade led to a war between those South American countries.) The small amount of sodium nitrate in breast milk is converted to NO in a newborn infant’s gut. And this extra supply of NO keeps blood vessels in a breastfed baby’s intestines dilated—even when bacteria and TLR4 tell the baby’s intestinal endothelial cells to make less NO.

After so many years of research into NEC, with so few hard facts to show for the effort, these findings are exciting. Although NEC may have various causes, this work points clearly to a way in which infant formula could be improved—just add sodium nitrate!—to better protect newborns from the disease. And, by exposing some of the specific metabolic pathways involved, this research opens up whole new avenues of investigation into how NEC might be beaten. It gives hope to a lot of very little people.