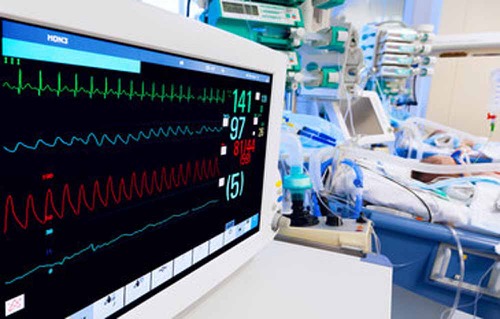 Mothers that deliver prematurely (< 37 weeks gestation), produce milk that differs in composition from mothers of term babies, including higher protein content. Premature babies have higher protein requirements compared with term babies, especially those that are very low birth weight (VLBW, ≤ 1500 g or approximately 3.3 lbs), yet this extra protein is still not enough to support their rapid body growth. To keep these babies growing at the appropriate rate, their mother’s breast milk needs to be fortified with additional protein. Sounds simple enough, but determining just how much protein fortifier should be added is quite complicated due to the high variation in milk protein concentration across (and even within) human mothers. To take the guesswork out of it, clinicians need a method of quantifying the protein concentration in every mother’s milk that is quick, reliable, and suitable for use in the setting of a Neonatal Intensive Care Unit (NICU). Could a tool long-used by the dairy industry to analyze cow’s milk provide the solution they have been looking for?

The right instrument for the job

A new paper by Smilowitz et al. (1) tests an instrument called the Fourier Transform mid-Infrared spectroscope (FT mid-IR) against gold standard reference methods for analyzing milk protein composition, as well as fat, lactose, and total milk energy. Unlike reference methods for milk macronutrients that involve the use of large and specialized equipment, fume hoods, and numerous hazardous chemicals, the FT mid-IR is the size of a standard copy machine and does not require the addition of anything to the milk, except perhaps de-ionized water for sample dilution.

But its ability to fit in a NICU was only one of the reasons Smilowitz et al. believed it to be an impressive candidate for the job. The FT mid-IR works by measuring how molecules absorb IR energy. Molecules will differ in the wavelength at which they absorb IR, allowing for their identification and quantification in a given sample. It just so happens that many milk components, including protein, fat, and lactose absorb wavelengths in the mid-IR spectrum, which is why this technique is the standard method of analysis for cow’s milk. What Smilowitz et al. hoped to demonstrate that it could be equally accurate when applied to human milk.

How does it measure up?

To put their instrument to the test, Smilowitz et al. (1) divided 116 samples (32 from preterm milk, 84 from term milk) into two equal aliquots, one to run on the FT mid-IR, and the other to run using gold standard methods of milk analysis. There was a high positive correlation between protein data from FT mid-IR and the reference method, but this statistical test alone does not indicate whether the FT mid-IR is accurate. What is important when it comes to fortifying preterm milk is how close the FT mid-IR is to the true value of the sample. To determine this, Smilowitz et al. ran a statistical test called the limits of agreement. This test measures how much the value from the new method (FT mid-IR) is likely to differ from the old (or reference) method (2).

Their results are very promising. Values for human milk protein calculated by the FT mid-IR were between 0.22% below to 0.06% above the reference method. This is a very narrow range and the authors believe that these small differences are unlikely to be clinically relevant (1). Moreover, these results suggest that the FT mid-IR is rarely overestimating the true milk protein concentration, which would be the most problematic from a clinical perspective. Additionally, the group analyzed ten separate milk samples on the instrument multiple times to determine the reproducibility (or reliability) of the instrument. The data were impressive with very high reproducibility (higher  than 97%).

The right protein for each infant

Why is it so important to get the protein concentration just right for premature infants, but not for those born at term?  Premature infants have to achieve fetal growth rates from nutrition provided in breast milk rather than the placenta, but their protein (and energy) requirements exceed that available in term and even preterm milk. To put this in perspective, Dr. Mark Underwood, the corresponding author on the FT mid-IR study and the Chief of Pediatric Neonatology at UC Davis Children’s Hospital, describes the metabolism of a premature infant as being analogous to that of an Olympic swimmer. “Michael Phelps is reported to have consumed 10,000 calories per day when he was training intensively, which means he was consuming about 116 calories per kilogram per day,” says Underwood. “Very small premature babies…often need to take in up to 130 calories per kilogram per day just to maintain adequate growth.”

Human mature milk protein concentration ranges from approximately 0.8 % – 1.2% (g/100 ml), with higher values (2 – 2.5%) produced during the first several days of lactation (colostrum). Mothers that deliver prematurely produce milk with approximately 30% more protein (and thus, higher energy) than term milk (3), but these values also can be highly variable as well (1.8 – 3%) (4). How do you fortify a mother’s milk with protein when you do not know how much protein it has to begin with?

“It is pretty astounding if you think about it,” says Dr. Jennifer Smilowitz, Associate Director for Human Studies Research at UC Davis’ Food for Health Institute and lead author of the FT mid-IR study. “We know what is in every food item consumed by an adult, and yet we have no idea what these infants are eating.”

Simply adding the same amount of fortification to each milk can leave many infants undernourished. Indeed, this practice has been associated with many negative outcomes including poor weight gain, issues with long-term growth, and neurodevelopment delays (1, 4). And although formula allows clinicians to control for the amount of protein (and other nutrients) the infant is ingesting, the negatives outweigh the benefits in growth. “When premature infants get formula, their growth is better, but they have more infections and their brain and nerve development is not as good,” says Underwood.

The goal of Smilowitz et al.’s study was to demonstrate that the FT mid-IR had good agreement with reference methods of milk analysis, and at this they succeeded. Their next set of experiments will further assess the accuracy and the reliability of this instrument by measuring the protein concentration of a milk sample before and after fortification. If it can accurately measure a known quantity of human milk protein, the FT mid-IR may soon become a permanent fixture in the NICU. For clinicians, like Dr. Underwood, that have waited decades for this type of technology to develop, this is most certainly good news. “Coming up with a way to easily measure the nutritional value of human milk samples for the most premature babies and then adding the right amount of fortifiers before feeding will be a big step forward.”