How Much DHA Should Be in Human Milk? 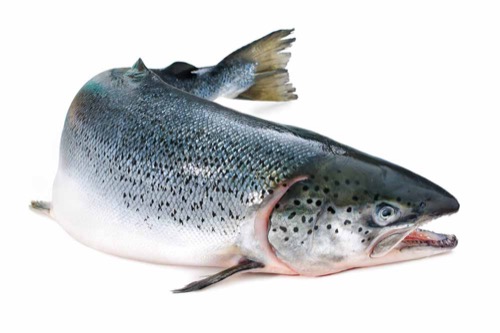 The goal of infant formula is to mimic breast milk composition as closely as possible. But when considering milk components that vary widely across and within populations, whose breast milk should be used as the gold standard? Take, for example, docosahexaenoic acid (DHA), a long-chain polyunsaturated fatty acid implicated in brain growth and development. DHA is one of the most variable fatty acids in human milk, its concentration being directly influenced by the amount of DHA in the mother’s diet. Current formula recommendations are between 0.2–0.5% DHA (g DHA/100 g of total fatty acids), which most closely resembles values in milk from mothers consuming a Western diet. Many have argued that the Western diet is a poor model (being notably low in DHA) and optimal DHA may be as much as two to three times this concentration (1–3). Adding to this debate is a recent report from a team of Dutch researchers investigating milk in a non-Western population with high DHA intake (4). They argue that optimal milk DHA comes from mothers with optimal DHA status, further supporting the position that (at least when it comes to DHA) formula might be mimicking milk from the wrong population of breastfeeding mothers.

If some is good, is more better?

DHA concentration in breast milk varies more than 20-fold across human populations (0.06–1.4% by weight). The lowest values are found in milk from mothers with little or no preformed sources of DHA (eg, fatty fish) in their diets and the highest values are found in milk from mothers who consume fish products daily (5). Although it is well known that milk with no (or very little) DHA compromises infant health, particularly visual and cognitive development (1; reviewed in 6, 7), the concentration that leads to optimal infant outcomes is still under investigation.

It is all too easy to fall into the trap of thinking that if some DHA is good, then more must certainly be better. We are so familiar with diseases and syndromes that result from dietary deficiencies that we can forget it is possible to have too much of a good thing. DHA decreases platelet aggregation, and too much DHA could potentially cause excessive bleeding (8). Assuming that the maximum amount of DHA is the same as the optimal amount could compromise infant health.

Further complicating matters is an understanding of how (and when) to measure optimal infant development. For example, is an IQ test the appropriate method to assess cognitive development? Should cognitive skills be evaluated during infancy, childhood, or at some point later in time? Early nutritional input (both positive and negative) can show effects at later points in the individual’s lifetime (9), which means longer-term studies that integrate multiple measures of cognition might be the most appropriate. However, these studies can be both logistically and financially difficult to undertake.

Whereas optimal DHA status in infants is unknown, optimal DHA levels in adults is better studied. Researchers measure the percentage of DHA n the membranes of red blood cells (RBC-DHA) as an estimate of the amount of DHA generally found in the body’s cell membranes. In adults, RBC-DHA of 8 g% fatty acids is considered optimal for cardiac and mental health (eg, reduced incidence of cardio-vascular disease, depression) (2, 4, 10). How much DHA do breastfeeding mothers need to consume to maintain their optimal levels?

In a recently published study, Luxwolda et al (4) take advantage of the natural range of variation in DHA concentration in breast milk. Rather than perform randomized controlled trials on infants consuming formulas with various milk DHA levels, they focused their investigations on four Tanzanian populations that vary in freshwater fish, and thus DHA, intake (Maasai = no fish; Pare = 2–3 serving fish/week; Sengerema = 4–5 servings/week; Ukerewe = >7 servings/week). They were interested in both maternal and infant status, determined by quantifying the concentration of DHA in red blood cells (g% fatty acids RBC-DHA), and how both of these factors related to breast milk DHA concentration.

The ups and downs of DHA

The researchers anticipated differences in milk DHA concentration among the four populations. Previous studies (eg, 5, 11) had demonstrated the strong influence of maternal fish consumption on milk DHA composition. Their research questions focused on determining how this variation in milk DHA concentration was related to changes in maternal DHA status from delivery through three months postpartum, and, more importantly, how it influenced infant DHA status (as a proxy for the concentration of DHA in infant brains, body fat and other membranes) over this same time period.

At birth, RBC-DHA levels for infants were between 4–5 g% DHA in fatty acids for the low fish intake populations (0–3 servings) and between 6.5–8 g% for the high fish intake populations (4+ servings). Maternal RBC-DHA at birth also varied across mothers with respect to their DHA intake. Mothers with high DHA intake began the lactation period with a RBC-DHA near 9 g% fatty acids, but mothers with low DHA intake (the Maasia and Pare) had RBC-DHA levels of approximately 4 g%. As a result, these mothers (and presumably any mother with low DHA intake, such as mothers on a Western diet) began the lactation period in a depleted DHA state (4). And, it appears, they were never able to recover their losses or improve their infants’ DHA status during the postpartum period; low DHA status at birth resulted in a postpartum decrease in RBC-DHA in both mothers and infants as measured at three months postpartum.

Contrast this with the pattern observed in infants born to mothers with high freshwater fish intakes. Both the Sengerema and Ukerewe infants had increases in their RBC-DHA levels from birth to three months of age. Furthermore, Ukerewe infants were the only group to reach 8 g% RBC-DHA, an observation that the study authors attribute both to their high DHA status at birth and high DHA intake (1% DHA) during early infancy (4).

At age three months, RBC-DHA status of Ukerewe infants was more than double that of the mostly vegetarian Maasai. But what does this difference mean for their neurodevelopment, growth, or overall health? That is totally unknown. What is known is the optimal RBC-DHA for adults (8 g% fatty acids) so the data could be viewed in the context of what is optimal for the breastfeeding mother. The study showed that all mothers lost RBC-DHA over three months postpartum, regardless of their intake. The percentage of DHA in milk that corresponds to mother’s optimal DHA levels is 1% (4). Therefore, it seems logical that 1% DHA is a reasonable target for milk.

Unquestionably, the optimal DHA for breastfeeding mothers is much higher than typically provided by most diets around the world (low consumption of wild-caught fatty fish). Both prenatal and postnatal supplementation with DHA would likely benefit both breastfeeding mothers and their babies. This is certainly more practical than expecting the whole world to live like the Ukerewe.