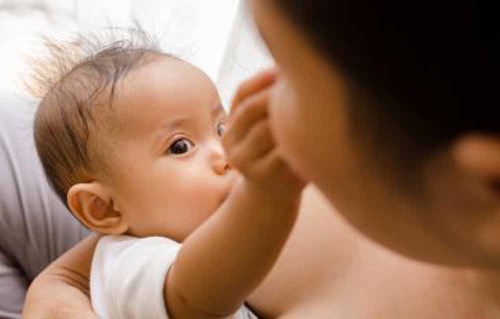 Mothers transmit more than genes to their offspring. Some intergenerational maternal influences can impact newborns through their ingestion of milk, which can enhance their chances of optimal growth and survival. Currently, the accepted opinion is that most of these maternal influences do not persist beyond weaning. However, there are scattered and tantalizing pieces of evidence suggesting there may be some exceptions to acceptance of that opinion [1–3].

Milk is more than a nutritional supplement exquisitely formulated to suit the exacting growth requirements of the newborn of mammalian species. Milk also contains a variety of immunoactive components that help protect newborns from diseases [3–6].

Some milk components, including protein peptides, complex sugars and proteins, have a multitude of nonspecific antimicrobial activities—the first defensive line against infections. These components primarily function in the newborn gut where they remain active because the gut digestive processes are immature and slow to act.

In a second defensive line against infections, ingested maternal antibodies protect the young from pathogens common in the environments of both the mother and offspring. The antibodies function in the newborn’s gut and also cross into the blood. There, these antibodies protect against specific pathogens throughout the body [6]. The antimicrobial components in ingested milk do not persist in weaned offspring, hence their protective functions are lost.

A recent investigation by scientists from The University of California, Riverside and the University of Tasmania demonstrated that immune cells in milk from mothers independently vaccinated against two disease-causing organisms can “train” the offspring’s immune cells to recognize and potentially defend against these specific organisms [7]. Importantly, the immune cell responses to these specific organisms persisted in the offspring well beyond weaning. Life’s scientific surprises never cease to amaze!

This form of acquired immunity is termed “maternal educational immunity” [7]. The study expanded upon previous research by the same group that demonstrated persistence of lactationally transferred immunity in offspring to adulthood [1]. The authors of the current report proposed a mechanism accounting for this previous observation.

The investigators used a mouse model with a foster nursing experimental design. They demonstrated that mothers immunized with Mycobacterium tuberculosis, which causes tuberculosis, or Candida albicans, a fungus that causes candidiasis in humans, produced milk that contained immune cells sensitized to these disease-causing agents. Pups born from unimmunized mothers were nursed by either immunized or unimmunized (control) mothers. This smart experimental design eliminated the possibility of placental transfer of immune cells from mother to pup and it allowed distinction between foster mother- and pup-derived immune cells.

The investigators detected one specific type of maternal immune cell, T cells, in the thymus and spleen of the nursed pups [7]. These T cells were specifically sensitized to the pathogens in the maternal vaccine. How these maternal immune cells gained entry into the offspring blood and these tissues is unclear. T-cells are white blood cells—lymphocytes—that play a central role in cell-mediated immunity to disease agents.

The animals used for the study were mice, therefore, investigations need to be extended to other species. However, there are important implications of this research. First, from an evolutionary perspective, there would be a large advantage to offspring survival if the highly specific immune cell responses of the mother acquired from her pathogen challenges were permanently transferred to her offspring. After all, maternal pathogen challenges are likely to be shared with the offspring as they both live in the same environment. Second, the immune system of a newborn is immature and often poorly responsive to vaccinations [8], hence they are susceptible to diseases. The investigators involved in the study suggest that some vaccines may be better delivered to newborns by vaccination of the mother prior to pregnancy with subsequent reliance on maternal educational immunity through nursing.

The possibility of using maternal vaccination prior to pregnancy opens new avenues for protecting the young from disease. Perhaps wet nursing, a practice prevalent in human populations of the recent past, unknowingly provided protection from disease through a similar means [9]. The old becomes the new. Our understanding of the roles of milk components in offspring is still far from complete. Many more surprises still await.