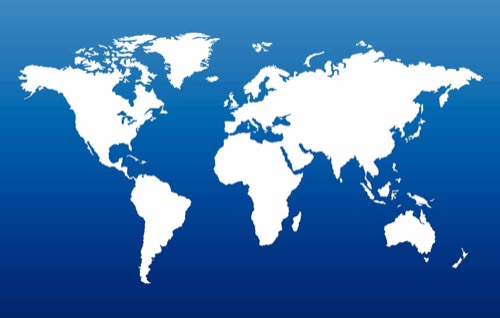 For many years, researchers have been gathering and analyzing different sources of data to figure out definitively whether consuming dairy products has a net positive or net negative influence on cardiovascular health. Naively, the fact that dairy contains saturated fat suggests the proposition that it might raise the odds of having a heart attack or a stroke. However, the diversity of dairy fats, alongside a host of other health-promoting molecules found in milk, cheese and yogurts, has led many researchers to suspect the opposite might be true. A consensus has been forming that dairy products either have no noticeable effects or have protective effects on the cardiovascular system, though this has rested upon data drawn heavily from a few wealthy countries. A new study known as “PURE”—“The Prospective Urban Rural Epidemiology”—study has just filled in this gap [1]. Taking in data from five continents, it reports that higher dairy consumption is linked to lower cardiovascular disease the world over.

The mounting evidence in this field has been frequently covered in SPLASH! Back in 2013, for example, Welsh researchers concluded that eating dairy has a small, protective effect against stroke and heart disease [2]. This built on work conducted in Japan, the Netherlands and Sweden [2]. More recently, a meta-analysis by combined data from three large cohorts in the United States [3]. The analysis found a neutral association between dairy and cardiovascular disease. In September this year, SPLASH! reported on a piece of research that was impressive for the period of study as opposed to the diversity of the population that it followed: A 21-year clinical trial found that dairy fat was not associated with cardiovascular disease among elderly people in the United States [3].

However, dairy consumption tends to be lower, and—depending on the place in question—often healthier in low- and middle-income countries. Butter consumption is so low in China, Malaysia and Pakistan, for example, that it was deemed by researchers involved in the new study to be not worth including in food questionnaires. Moreover, in much of the Middle East, fermented dairy products are common. Understanding the role of dairy in cardiovascular disease in lower- and middle-income countries is important—80% of the world’s cases of cardiovascular disease are found there.

Differences are also seen in patterns of disease burden. Whereas in North America and Europe, strokes are rarer than coronary heart disease, the opposite is true in East Asia and Africa [1]. Importantly, temporal trends have been diverging as well. An analysis of global cardiovascular disease burden between 1990 and 2015 found the age-standardized death rate to be reducing in high-income countries [4]. The same could be said for a few middle-income nations. Yet no shifts were detected in sub-Saharan Africa, in much of Oceania, nor in Pakistan, Kyrgyzstan and Mongolia—implying that the rise of environmental contributors (smoking, drinking, unhealthy food and excessive bodyweight) has kept pace with public health improvements. In Bangladesh and the Philippines, deaths from cardiovascular disease have been straightforwardly increasing.

The new study ran between the beginning of 2003 and July of this year, and recorded the dietary intakes and cardiovascular outcomes of more than 136,000 people, aged between 35 and 70, across 21 countries. The researchers were primarily interested in the risk of a “composite outcome,” which is a single measure that includes deaths from cardiovascular causes, as well as heart attacks, strokes and cases of heart failure that do not end in death (heart failure typically involves the gradual weakening of the heart muscle over time [5]). For this composite outcome the results were clear: Consuming two servings of dairy per day, compared with no dairy, was associated with a highly significant lower risk. Similarly, drinking at least one serving of milk each day, or consuming one of yogurt, was linked to a lesser chance of the composite outcome.

But for the field at large, the most important result is the consistency of the findings across regions. Within countries with low dairy consumption, and within countries of dairy aficionados, the patterns linking consumption and disease are broadly the same. The authors conclude by suggesting public health advice. Across much of Africa, and especially for countries such as China where the risk of hypertension is high yet consumption of milk, yogurt and so on is low, efforts to encourage people to have more dairy could lead to broad improvements in cardiovascular health.

2. Petherick, A. A Hearty Helping of Dairy. SPLASH! February 2013. https://milkgenomics.org/splash/a-hearty-helping-of-dairy/