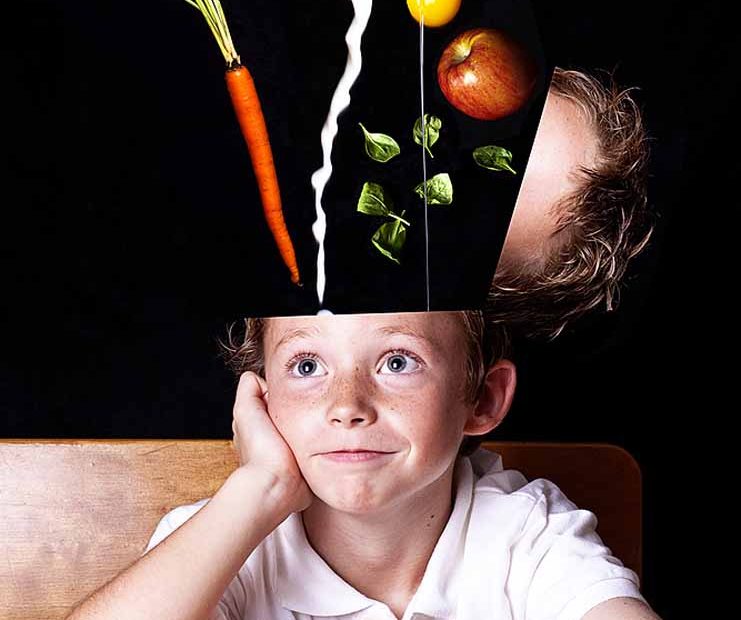 Food is awesome. Most of us enjoy eating food. That’s because when we ingest food –particularly foods rich in sugars, fats, and salt–the dopaminergic “reward” circuitry in the brain is activated. This triggers feelings of pleasure. In an ancestral environment, when such foods were rare, the pleasurable sensation would stimulate the adaptive response of gorging. Lately, this adaptive response tends to get us into trouble, for those of us “lucky” enough to live in the modern obesogenic environment (Power and Schulkin, 2009) because what was once rare is now plentiful. These adaptive signals from our gut to our brain can influence our emotions and moods in complex ways. Nutritious, delicious, or suspicious, our meals are mental.

Unfortunately, there are substantial gaps in our understanding of the relationship between food and the mind. Most investigations of the mind’s response to meals have looked at conditioned response (think Pavlov’s dog), marketing to shape consumer behavior, how particular dishes evoke memories (Grandma’s apple pie), and cross-cultural food preferences. All of these areas of research have to do with social or conditioned learning about food. But knowing that 2+2=4 (something learned) is different than understanding why our minds are adapted to learn about math…or food. Food taps into social, cultural, emotional, and unconscious mental states, providing compelling evidence that our mind is on our gut, and our gut is in our mind.

Recently Geier and colleagues explored the relationship between food and mood. Their investigation of milk on mental well-being was conducted in sixty adult subjects in Germany. Subjects drank cow’s milk and soy milk (water was a referent), and then responded on a Lickert scale how cold-hot, light-heavy, at ease-unease, alert-tired, invigorated-weakened, and comforted-melancholic they felt. In general, the researchers found that drinking cow’s milk produced better moods in individuals than did drinking soy milk or water. It’s not surprising that milk beat out water-calories excite our mind more than no calories. Similarly we could expect that the subject pool was more familiar with cow’s milk than with soy milk. Therefore, the familiarity of cow’s milk may have contributed to the better moods reported in response to drinking cow’s milk.

Geier et al.’s study was pursued as a first step in developing a psychological test to understand the effects of food on mental well-being by demonstrating that consumption of particular foods produces detectable differences in mood states. But the pathways underlying that relationship are in need of greater research effort, particularly in understanding their establishment during early development. Compellingly, it has been documented that ingestion of high-fat milk reduces stress responses in rat pups (Trottier et al., 1998). Similarly, the neural circuitry of appetite is established in part by foods consumed during early development (Bouret & Simerly, 2006), and food preferences can be learned via breast-milk (Harris, 2008). Taken together, these findings reveal that our food selections, and the foods we feed our babies, may have important implications for psychological well-being.