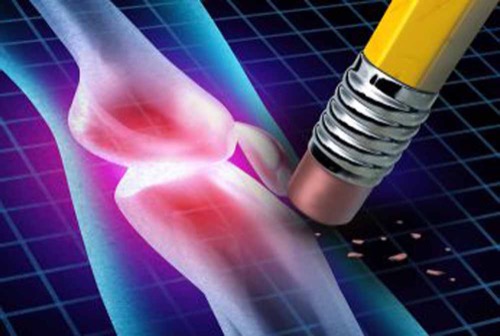 Tiny, bubble-like structures found in cow’s milk appear to slow the development of arthritis in mice. The structures, called vesicles, were originally thought to be little more than the waste products of cellular processes. But in recent years, such vesicles have been shown to contain molecules called microRNAs, which in some contexts perform important biological functions. Although not fully demonstrated, the working hypothesis of lead investigator Fons van de Loo is that the RNA molecules in milk vesicles are absorbed in the intestines and modulate local mucosa activity, thereby influencing the body’s innate immune system.

Van de Loo, of Radboud University Medical Center, Nijmegen, in The Netherlands, began work in the field when he noticed parallels between the main subject of his research, gene therapy, and the vesicles reported by other scientists to be bobbing around freely in cow’s milk. Gene therapists study viruses such as lentiviruses, viewing them primarily as encapsulating structures for the delivery of variable genetic material. “If you look at how lentiviruses are produced, [you see] they are made in a similar way to the microvesicles,” van de Loo says. “They are formed within the cell and then released with genetic information—just like the extracellular microvesicles. And the genetic information is RNAs.” The more van de Loo read about the RNA molecules found in milk vesicles, the more he wondered whether those RNA molecules might be performing unrecognized functions.

He was also inspired by his family history. During the Second World War, van de Loo’s father worked painting houses, a profession that was accorded more milk stamps than most because milk was thought to block the health effects of heavy metals in paint. His father suffered from arthritis, which led van de Loo to wonder about a link with high milk consumption, although initially he thought that the vesicles might aggravate disease. “Those two reasons came together to make a new project. I’m a gene therapist who looks at vesicles. And we have similar vesicles in milk,” he summarizes. “So what are they doing in milk?”

To date, van de Loo’s group has tested the effects of milk vesicles on two mouse models of arthritis. In a paper recently published in the journal Molecular Nutrition & Food Research [1], van de Loo and his team reported research in which they isolated vesicles from semi-skimmed cow’s milk, and examined the RNA contents. They found that some of those milk-vesicle RNAs are already known to influence important immune pathways involving Toll-like receptors—pathways that are implicated in the development of arthritis in humans [2].

The next stage of the research looked at how the vesicles in milk were taken up by the digestive system. “These vesicles are very stable in the harsh acidic conditions of the stomach,” explains van de Loo. Knowing this, the team fluorescently labeled the vesicles, and demonstrated that they were taken up by intestinal cells, and notably also by cells called splenocytes, which are white blood cells located in the spleen.

At this stage, van de Loo had demonstrated two important points: that functionally relevant RNAs are found in cow’s milk vesicles, and that the vesicles are picked up by intestinal cells. Next, he wanted to see if the milk vesicles altered the development of arthritis in an animal model, so he fed the vesicles to laboratory mice. In the first of his mouse models, the mice had a mutation that predisposes them to spontaneously develop polyarticular arthritis (meaning that the disease afflicts many joints at once) at about five to eight weeks of age. In the second model, van de Loo’s team induced the disease by immunizing mice with bovine collagen type II. Mice with both versions of arthritis consumed vesicles extracted from cow’s milk via their drinking water.

The results were impressive—in both models, rather than accentuating the symptoms of arthritis, the vesicles appeared to alleviate them [1]. The milk vesicle-containing water was associated with a delayed onset of arthritis in the mutant mice. Under the microscope, the cartilage around their joints showed less deterioration, and their bone marrow less inflammation, than mice that didn’t drink the milk vesicles.

Despite these exciting early results, van de Loo is struggling to renew his funding for the project. This initial research was funded by a special grant for “serendipitous” work, and his findings nudge him out of that category. Government funders have suggested he turn to the dairy industry, but in The Netherlands, at least, industry seems uninterested. “If you take something out of milk, or add to it, you fall within the therapeutic regulations,” he explains.

Perhaps someone outside of his home country might push the work on.