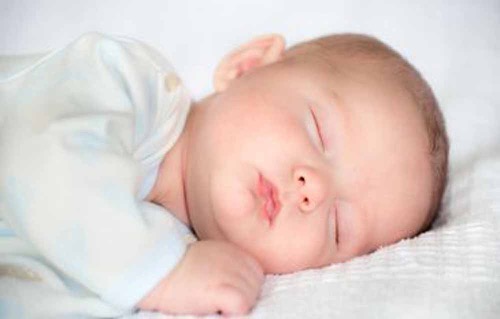 Consuming a glass of warm milk before bed is supposed to make you sleep well. This old wives’ tale is repeated on websites that offer health and nutritional advice, often backed up by the detail that milk contains tryptophan, the amino acid that is the reason eating turkey purportedly makes you sleepy. But the reality is much more complex. In fact, several compounds in milk appear to have a soporific effect. And perhaps the most intriguing thing about them is that their levels alter with the time of day that the milk is produced.

The list of milk components thought to promote sleep includes melatonin, vitamin B12, nucleosides (as well as their phosphorylated cousins, nucleotides such as 5′-adenosine monophosphate and 5′-guanosine monophosphate)—and tryptophan. For most of these, there is good data suggesting that their concentration in milk fluctuates with a circadian rhythm [1, 2].

Take, for example, the hormone melatonin, which is manufactured from tryptophan in a gland about the size of a pea that is located deep in the brain. In 2005, a team of Spanish researchers at the University of Extremadura, in Badajoz, measured the amount of 6-sulfatoxymelatonin (a metabolite of melatonin that is excreted in urine) in one group of exclusively breastfed infants and in another group of bottle-fed infants. All participants were twelve weeks-old [3]. The researchers also monitored the levels of tryptophan in the milk that each breastfed infant was consuming, and put wrist monitors on all of the infants to record various sleep parameters.

The results underscored that breastfed infants sleep better than those given formula: in this study [3], they slept for nighttime stretches almost an hour and a half longer than formula-fed infants. The key difference between the two groups was that the levels of 6-sulfatoxymelatonin in the urine of the breastfed infants appeared to oscillate in a way that implied it was being entrained by the circadian rhythm of tryptophan in breast milk. The breast-milk tryptophan content peaked at around 3 a.m., leading its consumers’ 6-sulfatoxymelatonin levels to hit a maximum just before 6 a.m.—in other words, enough time for their tiny bodies to absorb the tryptophan, make melatonin from it, and have their kidneys filter out the waste products of that process. The formula-fed infants didn’t exhibit nearly as clear a circadian pattern in their 6-sulfatoxymelatonin excretion.

In the decade since that study was published, researchers have been exploring its corollaries. One logical consequence of breastfed infants sleeping for longer than formula-fed infants is that their parents do, too. This bears out in the data. In a study by Therese Doan and her colleagues at the University of California’s School of Nursing in San Francisco, parents of infants who were breastfed in the evening or at night gained an average of 40–45 minutes of sleep over parents who gave their offspring formula at the same time [4]. The quality of parental sleep was also higher—it was interrupted less.

A second logical consequence of breastfed infants sleeping more is that they may be at an advantage when it comes to brain development. This research on development is much more recent, and the conclusions, therefore, are more tentative, but the argument makes intuitive sense.

In the womb, a fetus is exposed to the day-night rhythms of its mother’s body, principally via the melatonin and cortisol (a metabolic hormone) circulating in placental blood. As such, it’s possible to record diurnal rhythms in a fetus’s heart rate, respiratory rate, and sleep activity from 22 weeks’ gestation onward.

After birth, however, this influence is lost, and infants born at term typically sleep for about 16 hours per day. Unlike adults, their sleep states cannot be categorized into rapid eye movement (REM) and S-wave (non-REM) types, instead, newborns are understood to have “active sleep” (which later develops into REM), quiet sleep (which develops into non-REM), and what is obscurely called “indeterminate sleep.” The relative amount of time spent in each of these sleep states shifts substantially in young bodies: a term newborn spends half of its sleeping time in “active sleep” (preemies as much as 80–90%), but by the time a child is ready for preschool, active sleep’s equivalent, REM, makes up just 20% of sleep.

The establishment of the proper patterns of sleep is thought to be important for healthy brain development. Active sleep is known to encourage the formation of synaptic connections that compose the brain’s basic circuitry. Meanwhile, quiet sleep consolidates information gleaned about the world during waking hours. This explains why a stable balance of the two sleep states, with clear and rhythmic shifts between them, is understood to be a sign of a maturing central nervous system.

As described in a paper [2] by researchers at the University of Turin, Italy, this understanding raises a number of points, given earlier work by the University of Extremadura group [3]. Most straightforwardly, women who pump and store their milk might benefit their infant’s brain development if they label their bottles “night milk” and “day milk,” being careful to give their infants milk that was pumped at night during the night—and milk that was pumped during the day, during the day. Breast milk banks might want to do the same.

Infant formula manufacturers are already taking note of this field of research, some adding tryptophan to create a product for use at night [5]. This development is largely attributable to work by the University of Extremadura team, who followed their 2005 study with a double-blind prospective trial, testing whether formula with extra ingredients that were intended to imitate daytime and nighttime breast milk could help bottle-fed infants sleep better [6].

In the study, daytime formula was used during the hours of 6 a.m. to 6 p.m. It contained low levels of tryptophan, but high levels of proteins and some of the nucleotides that are present at high levels in breast milk during the day. Nighttime formula was used from 6 p.m. to 6 a.m. It had high levels of tryptophan and of a different set of nucleotides that are present in breast milk during the night. As per the 2005 study, the infants taking part all wore wrist monitors to capture their sleep patterns. The same group of infants was followed for a week while they consumed unmodified formula, for a week while they consumed unmodified formula during the day and “night formula” at night, and for a week while they consumed day and night formulas at the appropriate times.

So, for parents who care about their sleep, paying attention to the daily changes in breast milk—or looking out for specially designed night milk formulas—should make life easier, as well as benefit their infant’s development. And as for their own “warm glass of milk before bed,” drinking milk that was pumped from a cow at night—which is also when cow-milk tryptophan content peaks—may have greater soporific benefits than basic, supermarket milk. A helpful tip for parents with their own cow to milk.