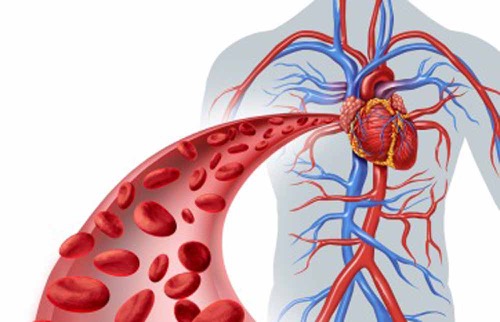 For years, researchers have wondered out loud about the possible roles of a group of sugars found in breast milk in the development of the brain and the immune system. Relatively high levels of these sugars in mothers’ milk have been linked to less frequent upper respiratory infections in infants. Autopsies have revealed that consuming breast milk, as opposed to formula, increases the concentration of a certain acid that forms part of many of these sugars—sialic acid—in infants’ brains. This, in turn, has been shown to improve learning and memory in animal experiments. The evidence for systemic effects of these sugars may seem impressive, but it is undermined by a missing link. Strengthening the immune response in the lungs, and indeed, improving memory in the brain, requires first traveling from the gut into the blood. However, whenever researchers have tried to detect these sugars in breast-fed infants’ blood, they have failed.

That is, they have failed until quite recently. A few labs have now reported finding various members of this group of sugars in infant blood. The sugars in question are called oligosaccharides, or oligos, for short.

In one paper published in July, Karen Goehring and her colleagues provide evidence that the relative levels of different oligos in the blood correspond to their relative levels in breast milk. They find that even though the oligos’ proportions are roughly the same in both fluids, oligos are present at just 0.01% of their breast milk concentration in blood plasma (and at 4% of their milk concentration in urine). Meanwhile, another paper, also published in July, suggests that some oligos are likely to be absorbed into the bloodstream at higher concentrations than others, or possibly even made by the infant’s gut. Specifically, Renee Ruhaak and colleagues working in the Lebrilla lab at UC Davis propose that those oligos with a sialic acid section—the acid that is purportedly good for brain development—occur at higher levels in blood than in milk.

The papers use different methods, which likely explain their differing conclusions. The paper by Goehring et al focuses on representative structures of different types of oligos. For example, they clearly state that their techniques are unable to distinguish the different forms of the particular oligos commonly used to supplement infant formula. Perhaps the strongest argument for sialic acid-containing oligos receiving some sort of preferential treatment as they move from the infant gut to the blood (compared, that is, to other oligos) comes from detection of a new kind of sialic acid structure. This was found by the UC Davis group. The new sialic acid structure is only found in blood, which suggests a more active process than the passivity implied by sialic acid-containing oligos’ presence in the same proportions in blood as in milk.

The broader question is whether the low concentrations of oligos in blood plasma are sufficient to influence brain and immune system development. If the sialic acid oligos are accumulating slowly in the brain over months and months, then such low levels are potentially sufficient, although the case is far from proven, says Lars Bode, an oligo expert at the University of California, San Diego, who was not involved in either of these studies. Goehring et al. argue strongly that the concentrations they report do meet those that have been shown in laboratory experiments to affect immune system components. For example, they make the point that oligo concentrations of 12.5 µg/mL can have an anti-inflammatory effect by inhibiting the sticking together of white blood cells. Research using isotopically labeled oligos suggests that oligos appear in urine a good 36 hours after they are taken in as part of breast milk—implying a decent period spent swimming around in the body to exert influence on their consumer’s biochemistry.

The field is coming closer to filling the hole in its theories of these sugars’ wider health effects. To better understand what is going on, blood samples from larger samples of infants would be helpful (these studies both examine the plasma of fewer than 20 individuals)—as well as more work on the relative concentrations of oligos in blood. As detection techniques are improved, the number of oligos that can be found in blood is likely to rise—probably, quite quickly.